Left to my own devices in the fourth largest city in America, I started walking. Since I've never been here, everything is new and interesting. Houston seems to be typical downtown. It is all about business except that they have a few more impressive old buildings than we do in Vancouver. The city is about 50 years older than Vancouver but on the other hand, I haven't really seen anything like Gastown here. The old buildings are here and there interspersed with the new buildings. 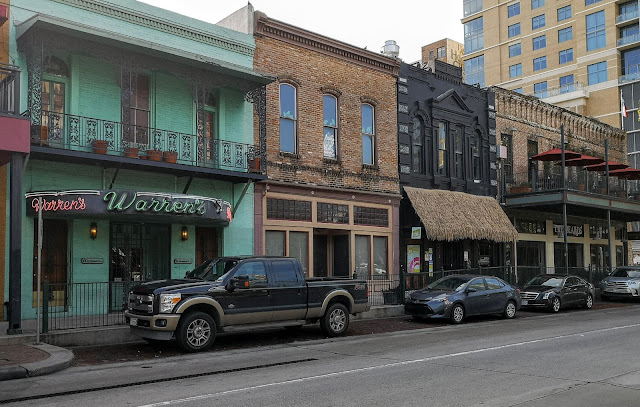 They also have some nice downtown parks, many with big old oak trees (love the oak trees). 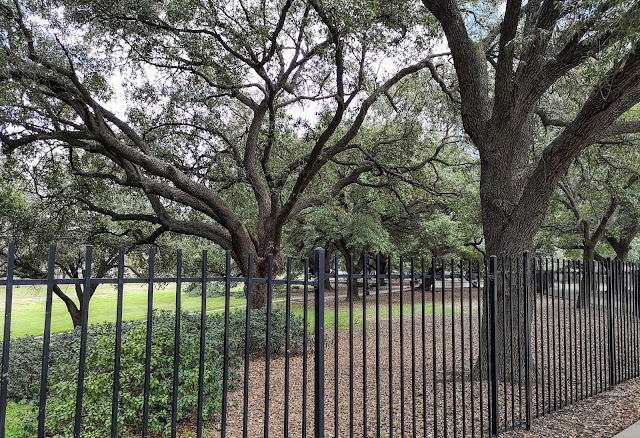 There are some of the same issues with homelessness and traffic, but while Vancouver has the third-worst congestion in North America, according to a recent Tomtom report, Houston ranks 26th. It seems to me that they are not trying very hard here. But by the way, wtf Vancouver? Anyway, it's a big city. Early on, I found my way into their underground tunnel system which would be wonderful in the heat of summer. 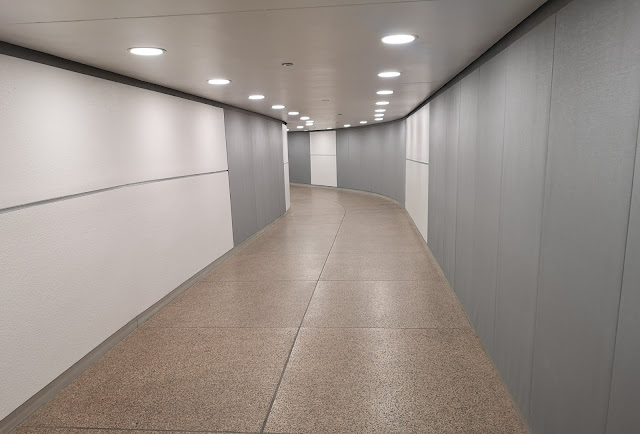 Running here and there like so much of an afterthought, the tunnels connect about 95 city blocks and with the help of frequently posted maps, you can find your way. Sometimes the tunnels are narrow and other times they open up into food courts and community spaces. 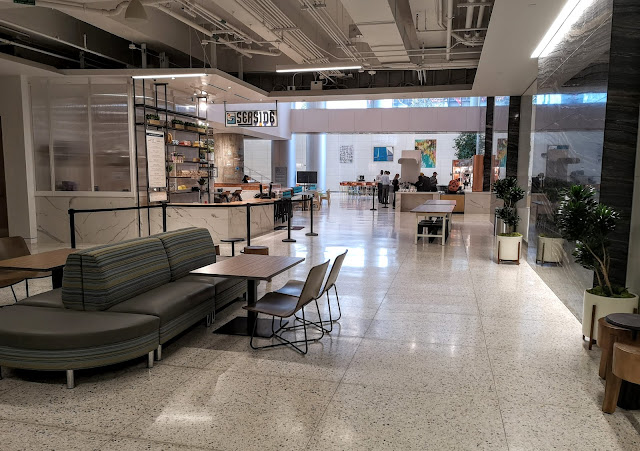 I would return to one of these food courts for tacos later, but first back outside to the Buffalo Bayou Park. 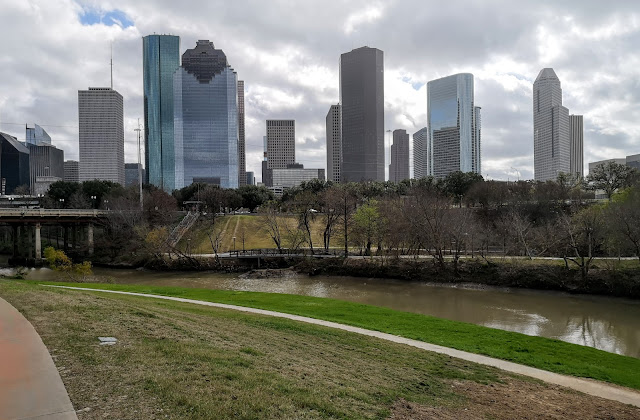 The park, which runs a couple of miles along the bayou,  offers a nice view of downtown. It also has a skate park, children's playground and other community amenities including a tour of the former cistern for the city of Houston...a strange tourist attraction but a bit of history. 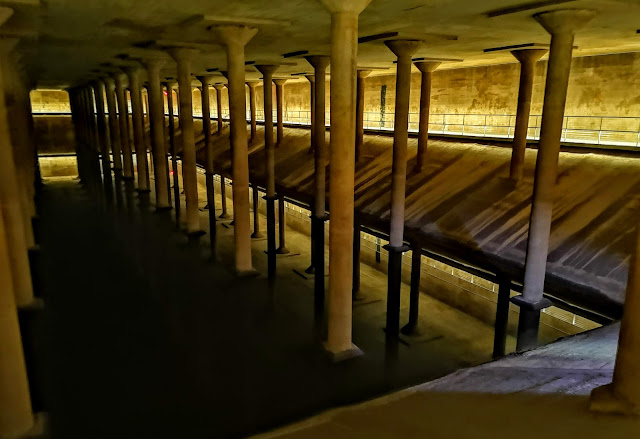 So I did the 15 minute, $5 tour of the 15 million gallon cistern built in 1926. Cool! This would be a great place to film some sort of weird horror movie. Anyway, then I returned to the downtown for tacos! 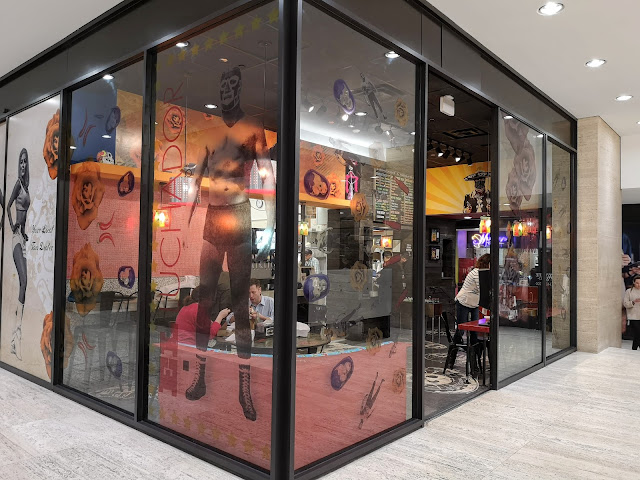 At  Tacos A Go Go signage is not their strong suit. Only the Lucha libre wrestler gave me a clue that I was in the right place. I ordered 3 tacos and a side of queso (since according to everything I have read, queso is a big deal in Houston). 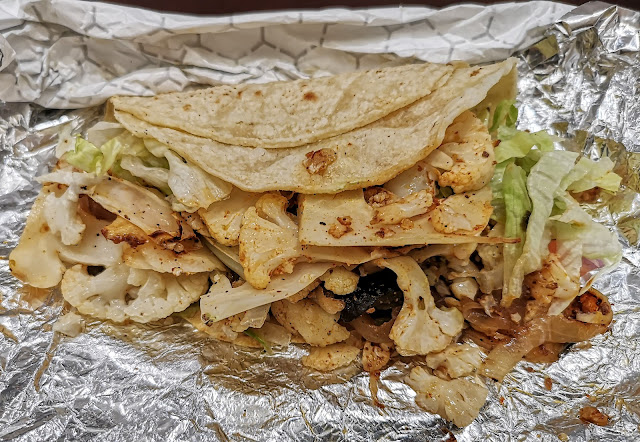 Because I have not forgotten that I would seek out some vegetarian options, behold the Cauliflower Taco. There is lots of the vegetable but not exactly bursting with flavour. The solution is salsa... or queso. BTW, I know that queso just means cheese. In Houston, queso is something like melted American cheese with peppers and stuff. I will not be dwelling on it anymore during my stay. 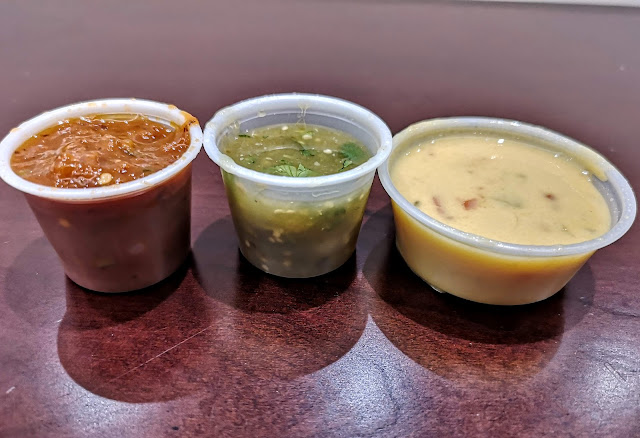 I had a more traditional Al Pastor Taco. 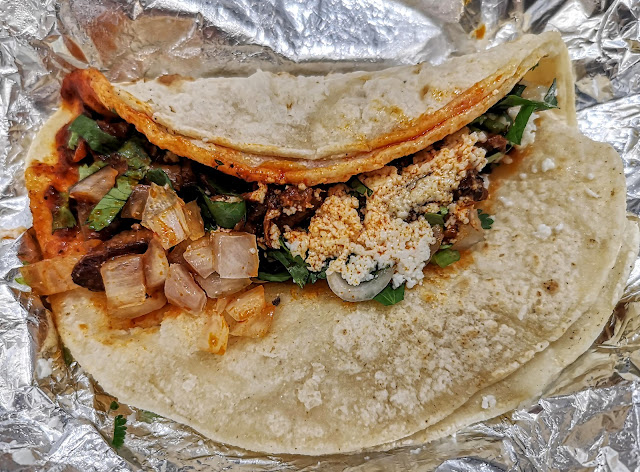 This was tasty with 2 corn tortillas and queso fresco and some sauteed vegetables. Very nice! 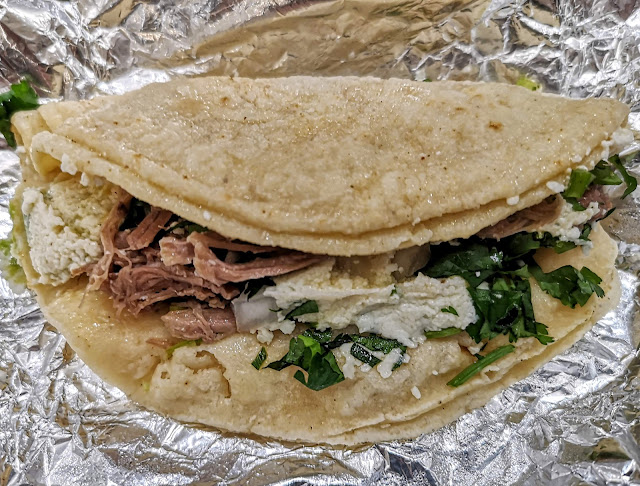 Finally, Lamb Barbacoa, the most expensive at almost $5 (USD) was my favourite. Impressively tender lamb, queso fresco and cilantro with little more being needed. 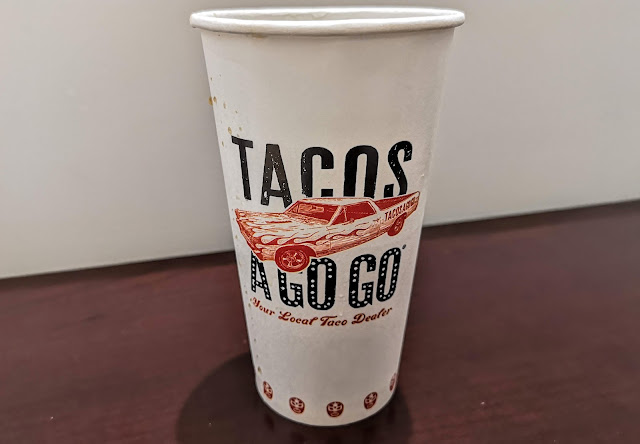 By Yes! We're Eating Vegan Again! at February 10, 2020
Email ThisBlogThis!Share to TwitterShare to FacebookShare to Pinterest