Once again, the "Never Heard Of It" list from scoutmgazine.ca has brought us to Joyce Station as a starting point. This Skytrain stop now hosts within a block or two, five Filipino restaurants/cafes/ carinderias but also one excellent Latina bakery. 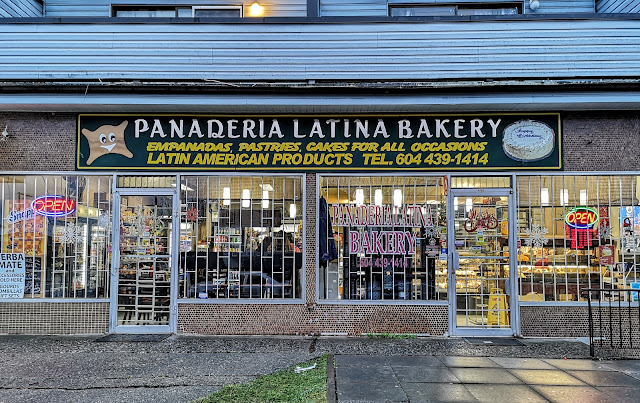 We were drawn like a moth to a porch light by photos of what is evidently a Chilean sandwich which I now, having had it, might rate as one of the best ever! 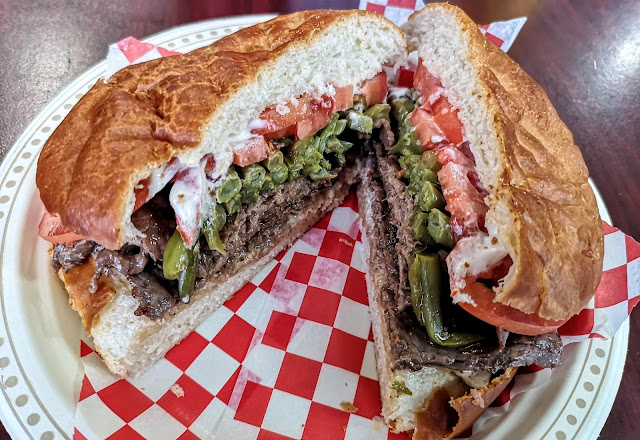 The Chacarero is served on a large round slightly toasted but fluffy bun. There is a layer of thinly sliced and grilled beef, topped by a layer of green beans (who thought of that?) and a layer of tomatoes all with mayo. A true delicious masterpiece! At $11.50, this is a bargain. There are several other sandwiches to chose from at PLB. 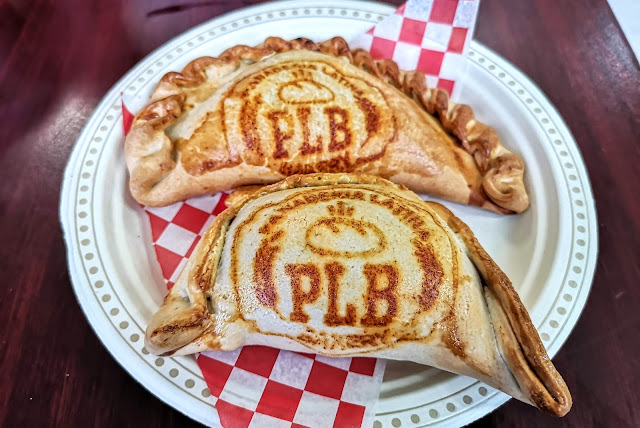 Marie and I shared the sandwich and a couple of empanadas. Again there are five choices of empanadas from which we had the chicken and the spinach. 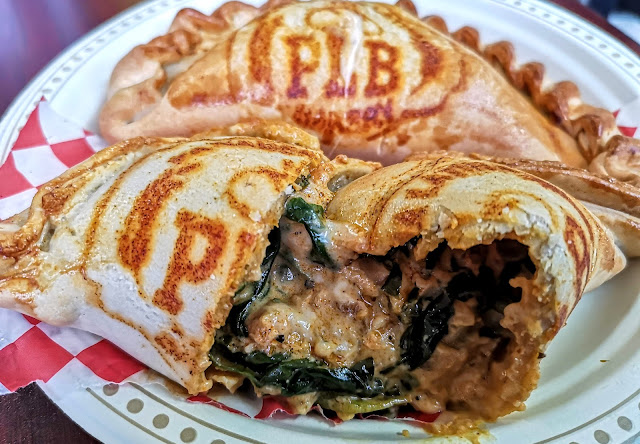 The spinach was memorable in that cutting into it released a flood of cuminy cheese and spinach. Both empanadas were generously filled and with a flakey pastry just substantial enough to keep filling in check. Finally, we shared a piece of cake that was calling out to us from the display case and we could not resist. 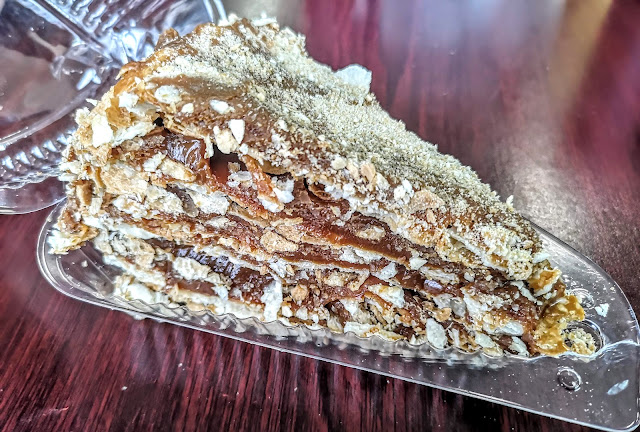 Torta Alfajor is a layered cake with caramel between the layers. It is not of the mille-feuille type as it might appear but while the pastry layers are a little heavier than puff pastry, they are still flakey. Share this cake with a buddy if you are concerned about blood sugar! Delicious. These folks bake everything in house and the baked goods selection is not small. 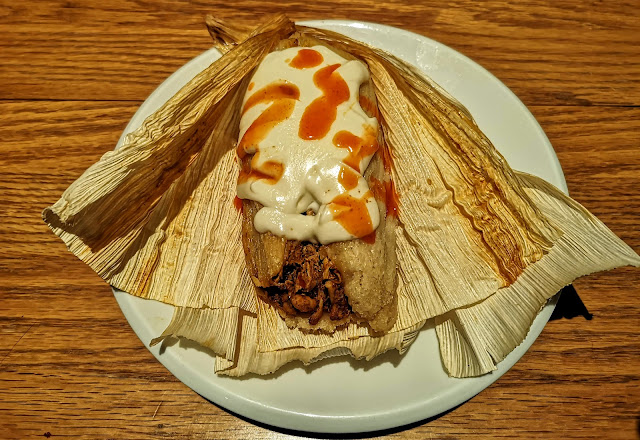 They also build tamales in the house which are frozen to go. We took one home for later and found it also of impressive quality generously filled, and with fluffy masa. 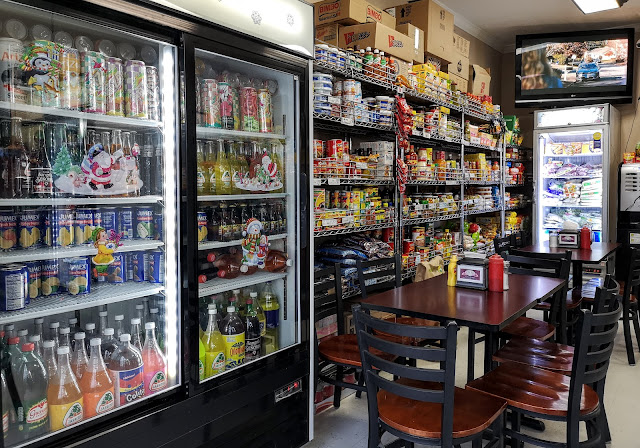 There is probably seating for 18 to 20 people if you want to enjoy your baked goods or savouries here but we noticed a lot of take out business. They also carry an impressive number of Latin American type grocery items, many we were familiar with and other items, not so much.
The staff were friendly and patient with us despite our many questions.
For what our opinion is worth and what they produce here, we give Panderia Latina Bakery, 4 1/2 out of 5.

By Yes! We're Eating Vegan Again! at December 08, 2019
Email ThisBlogThis!Share to TwitterShare to FacebookShare to Pinterest