Considering that we are living next to an ocean and have literally thousands of men and women who fish for a living based in the area, I feel like we don't have a lot of affordable seafood places. Obviously, sushi, which might be the perfect way to treat high-quality fish, is everywhere. Higher-end seafood specialty restaurants, including Asian places are also abundant. So what am I talking about? I am talking about good old fashioned fish and chips. Oh, I know there are a few but this is an underrepresented dining area. 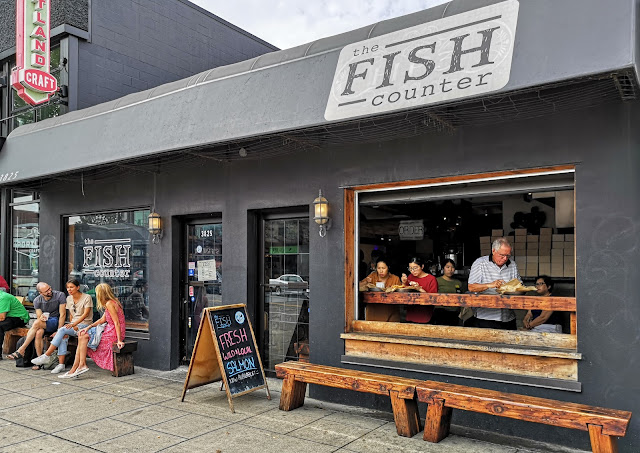 Located on Main Street near 22nd, The Fish Counter is one of the few places that offer really decent seafood at a more than reasonable price. Run by a couple of guys who could be (and were) running a top-end restaurant and who are more than a little conscious about sustainability, Robert C Clarke and Mike McDermid. We arrived just after noon on Saturday and got in the short line to order. 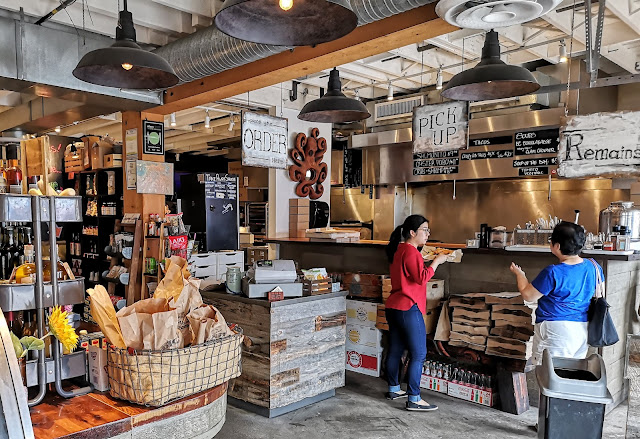 The system is order at the register and pick up at the counter. There are a few counters where you can stand and eat or a few benches with no tables where you can maybe work something out using your lap. Pleasantly cluttered, this is both a place to eat, get take out and a fresh and frozen fish and shellfish store complete with a few other gourmet items. We were here to eat of course and we started with a Cod Fish Taco. 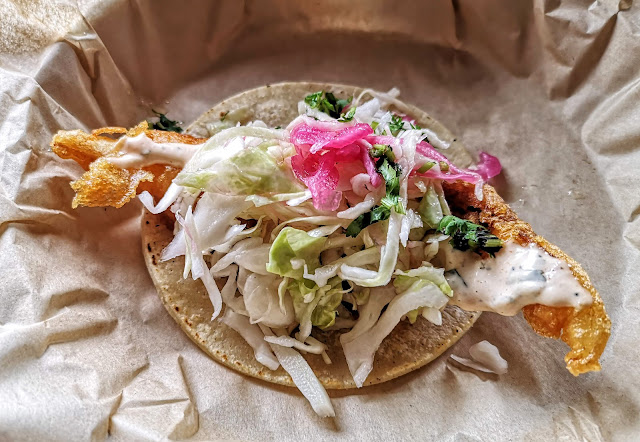 Served on a corn tortilla, this pretty good-sized piece of deep-fried cod was crispy and hot. A nice little slaw on top provided some contrast and a bit of a creamy sauce. Very nice! 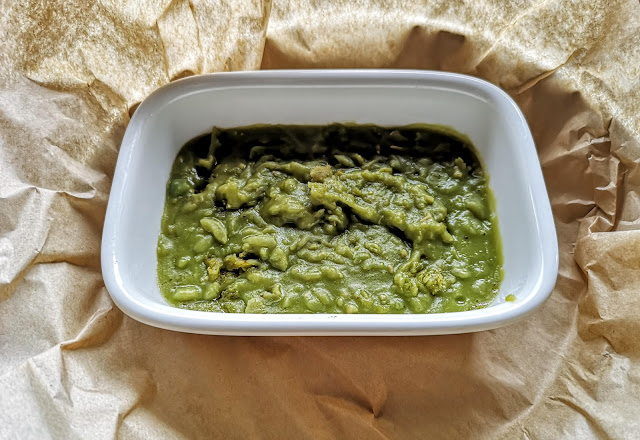 I always order Mushy Peas when it is on the menu. It just sounds so cool and authentically British. This was almost a little buttery, very tasty and really stood out compared to what I have had in the past. 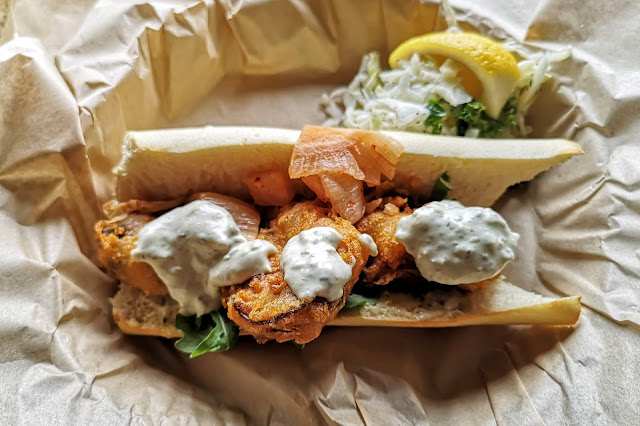 So once I had an Oyster Po-Boy in New Orleans and now I think I know everything about them. To the best of my recollection, the bread wasn't quite spot on here but so what? It was a delicious sandwich of amazing fat deep-fried oysters and other tasty things. I barely remember past the oysters! 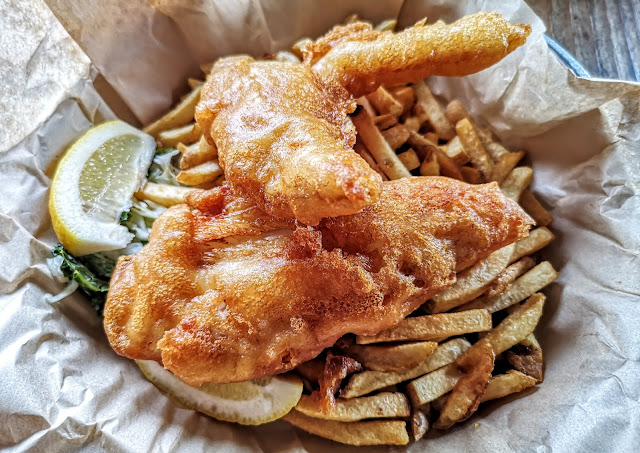 Finally, we had one piece Halibut and Chips which to my eyes, appeared to be two pieces. It was not a mix up as the cook called it as he passed it to me. I believe they just want it to be a generous serving and that impresses me to bits. Halibut is not cheap! Firm and wonderful this was some of the best fish and chips that we have had in a long time! The frites were good too being of the thinly cut variety. 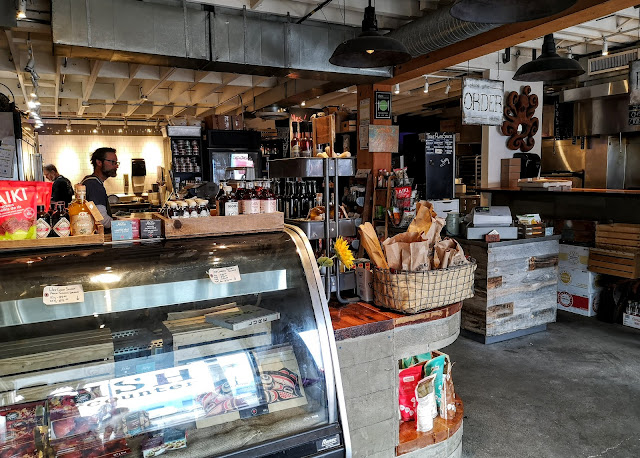 So call us officially fans of these two gentlemen and their crew and their little store. Vancouver's best fish and chips? Just maybe!
For what it's worth, we give The Fish Counter 4 1/2 out of 5.

By Yes! We're Eating Vegan Again! at September 03, 2019
Email ThisBlogThis!Share to TwitterShare to FacebookShare to Pinterest