While perusing the Daily Hive, just the other day, I happened across the article, "Where to find the best Indian food in Vancouver." While most of the places listed are familiar enough, I was struck by the exotic-sounding "Saravana Bhavan" (missing the final 'a' in Saravanaa) located in Delta. Always on the hunt for dosa and learning that this was a south Indian restaurant, we set our sites on Nordel Way and 120th. 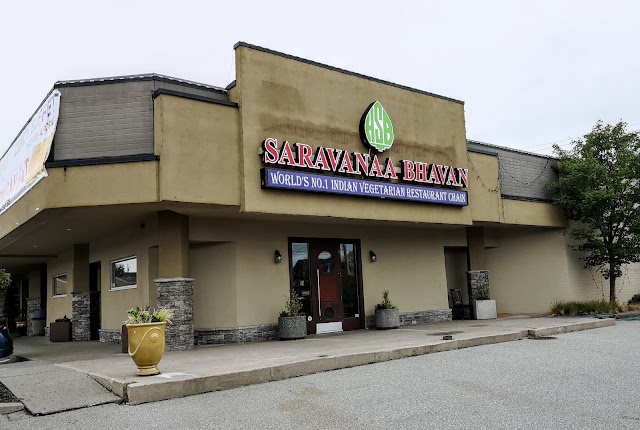 We were intending to order a la carte and really didn't even know that they offered a lunch buffet (neither their web site nor the DH gave us a clue as to this so maybe its a new thing?). We also didn't realize that we were in a vegetarian restaurant but that was just because of not paying attention. Look closely at the photo of the front of the restaurant! 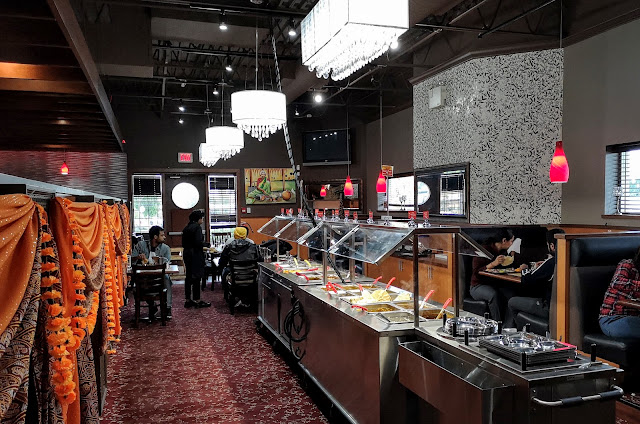 The weekend lunch buffet is $15.99 compared to $24.99 just down the block at Tandoori Flame (bear in mind that TF offers many choices for the carnivore...and is huge). The buffet is not long here but there are different choices on each side and roving servers bring you dosas and puri (and dosa is what we were craving, to begin with). 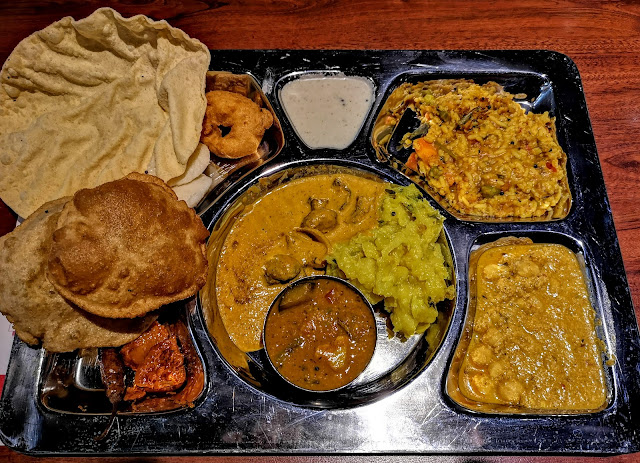 While a buffet offers the advantages of giving you the opportunity of trying small tastes (or large) of many things, it has the disadvantage of my plate being not as pretty when I arrange it myself! We tried the idli and vada with sambar and coconut chutney as we almost always do. These were all tasty but the idli didn't profit from waiting for us in a steamer. Even the chutney was maybe a buffet level below what we have tasted in other south Indian places in the area. The chana was good and the bisibelabath (a spicy rice dish with lentils and vegetables) was very tasty. 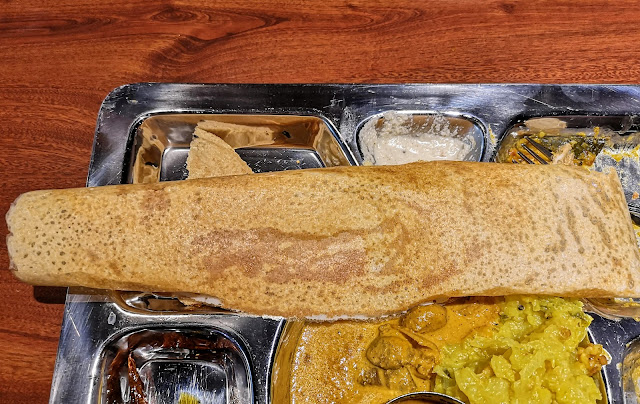 The process with dosa is that someone is making them fresh in the kitchen and then they are delivered to diners by one of the servers. In the meantime, we took some potato masala and mushroom masala on our trays to eat with our dosa. The dosas were crispy and fresh and made us happy but again, not as pretty as when they come on a plate from the kitchen. Still, this was worth the price of admission. 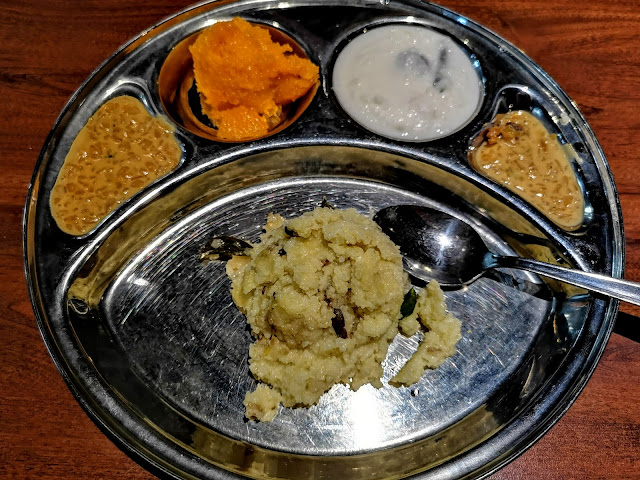 Marie and I made one more visit to the buffet to try some desserts. I love these metal trays by the way and I want some for home (just kidding on the last part). These were all tasty and to my palette, not quite as overpoweringly sweet as the north Indian sweets that we sometimes have. Mostly made up of rice and fruits and nuts in various arrangements and even one was made with cream of wheat! BTW, I am aware that Indian cuisine is a little more than just north and south but for purposes of simplicity... 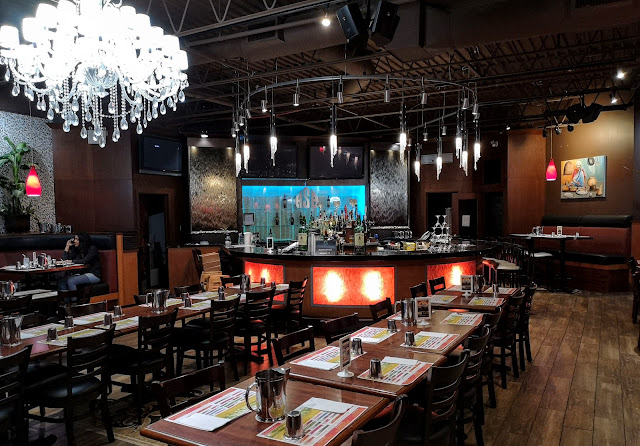 Like many Indian restaurants, this one is elaborately decorated with giant chandeliers and is very comfortable. All of the staff were friendly and helpful, ready to lend explanations at the buffet. It turns out that there are many locations of SB all over the world. It is the world's largest Indian vegetarian restaurant chain!
For what it's worth, we give Saravanaa Bhavan 3 1/2 out of 5.

By Yes! We're Eating Vegan Again! at September 15, 2019
Email ThisBlogThis!Share to TwitterShare to FacebookShare to Pinterest