It doesn't cool off much in the evening even after the sun has gone down. 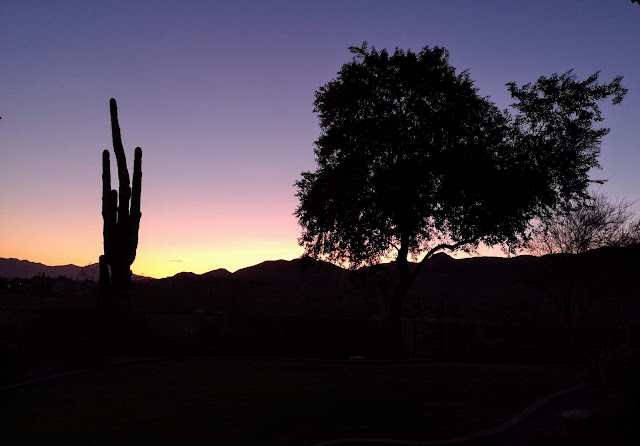 7:00 am is the coolest time of day. This morning it was 30 degrees Celsius and will purportedly only reach 39 degrees by 4 or 5 pm (the coolest day of our week). So I am not the only one out walking, running or riding in the morning. 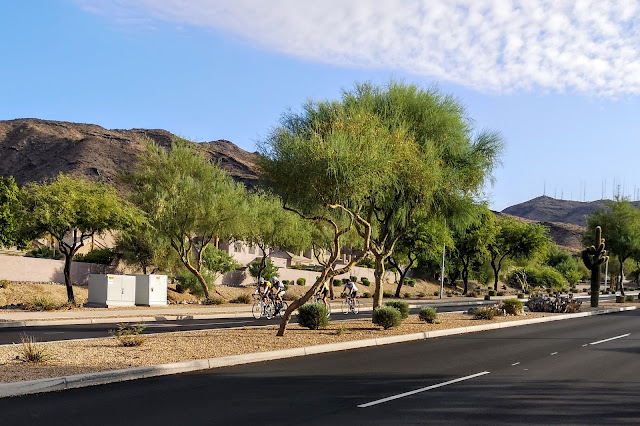 One thing I notice is that almost every interaction with these morning athletes is genuinely friendly with mutual greetings. There is civility. In fact Marie and I have noticed everywhere on this trip, that people are friendly, decent and kind! Now this is not an observation that is the result of a study done by the scientific method. We are on vacation so we are feeling a little friendlier than usual ourselves. On the other hand, some of the people down here drive like dicks, just like at home. And given the number of TV commercials for lawyers, I expect that someone will always be willing to sue your ass for something. So its kind of hard to generalize about people's behaviour.
John McCain died one year ago tomorrow. He was,by all accounts, a civil man and a reasonable unselfish politician and human being. Others could agree or disagree with him and he would act like an adult without resorting to name calling or questioning their humanity. That seems to be missing from politics currently and behavior from the top is often imitated by folks all the way down to food bloggers. This week Cindy McCain (the senator's widow) called on Americans to take a pledge of civility. She asked the Arizona government representatives to set the example by bringing civility back to politics. Hopefully it will trickle all the way down along with the closely related qualities of empathy, unselfishness and humaneness.I feel like we could afford to take that pledge of civility in Canada also. Let's make humanity civil again!
And let's get something to eat because its more difficult to be civil when your blood sugar is low. Each time we come south of the 49th, Marie and I seek out Mexican food and Barbeque. I'm not going to say that we don't do this well in Metro Vancouver but we are a little newer at it than our southern neighbors.
Today we tried Sweet Magnolia Smokehouse. 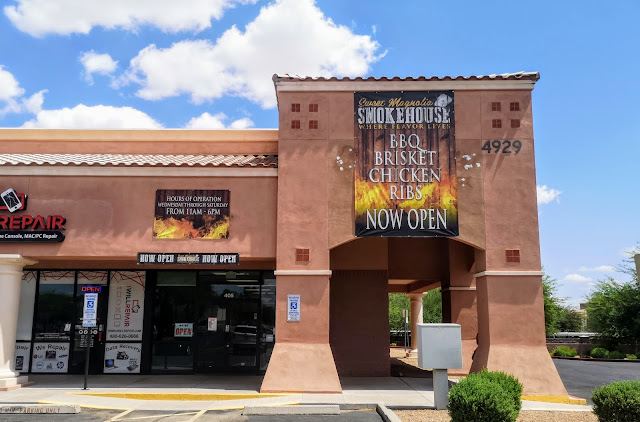 This restaurant has only been open for a couple of months but their truck has been serving up barbeque since 2011 if I have my facts correct. Located towards the back of a local strip mall, we would not have known of it without Goggle maps. 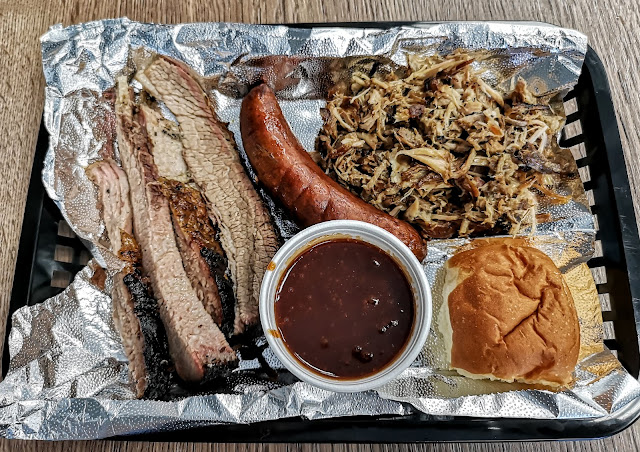 We started with the Trifecta. Brisket, pulled pork a hot link with sauce and a bun on the side. For $15 it is a good way to get a taste of some of their proteins. The sauce was a smokey, sweet and slightly spicy tomato based concoction and went well with everything including the puled pork and link, both of which were tasty made us happy. As for the brisket, I have slightly mixed feelings. While the brisket was moist (often a challenge with brisket) and had some nice bark, it was a bit on the chewy side. Maybe the answer is as simple as slicing it thinner. I don't know as I've never barbequed. I have however, eaten a lot of barbeque. 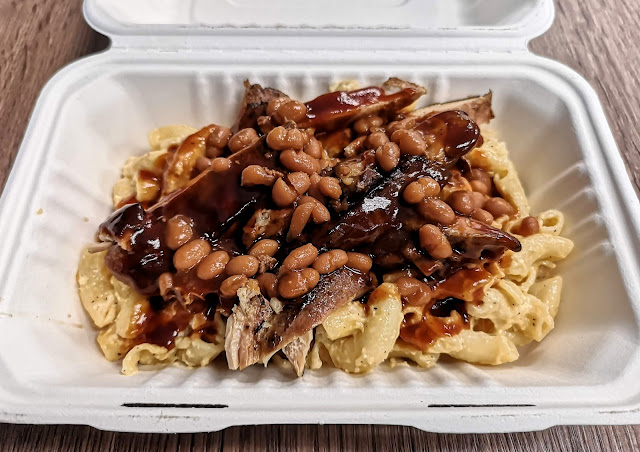 We also had a Meat 'n Mac Bowl. This was a treat. The smoked chicken is probably the best of the proteins here (although we did not try their ribs) and the mac and cheese was cheesy and substantial.All served with baked beans and sauce. Very nice! 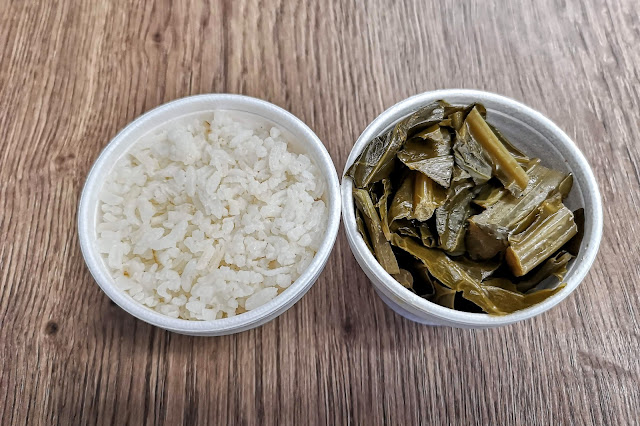 We rounded things out with a couple of sides including some nice collard greens. 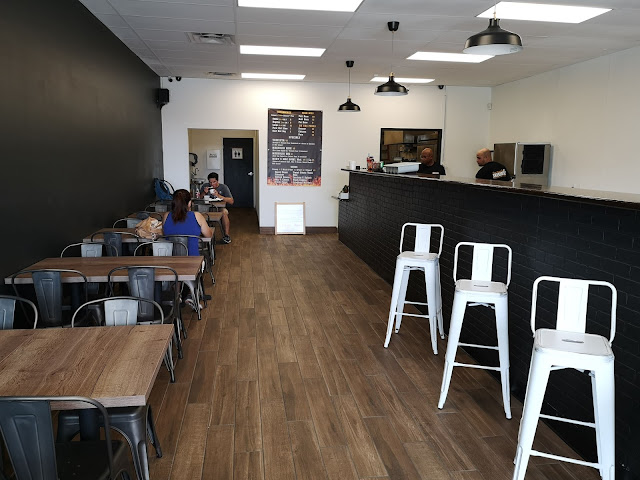 The folks working here were welcoming and helpful. We are sure that they will do well in this small but comfortable and convenient location.
For what its worth, we give Sweet Magnolia Smokehouse 3 1/2 out of 5.

By Yes! We're Eating Again! at August 24, 2019
Email ThisBlogThis!Share to TwitterShare to FacebookShare to Pinterest