I was pretty excited to try Hot-Star Large Fried Chicken at its location at Central At Garden City in Richmond. It was the day after their grand opening and I arrived after lunch so there was not the wait that there might have been at peak times. Still, they were busy enough and my order took at least 10 minutes to arrive. I took that as evidence that the food was freshly prepared which is certainly a good thing, and not sitting under hot lights. 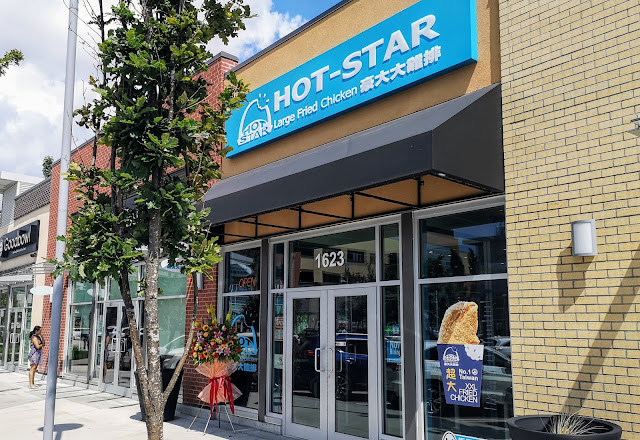 Everyone comes here essentially for one thing and that is large fried chicken. I have read some whining about the fact that it is not boneless, that large flat piece of chicken, but foodies need to know that just as fat equals flavour, so also, bones equal flavour. 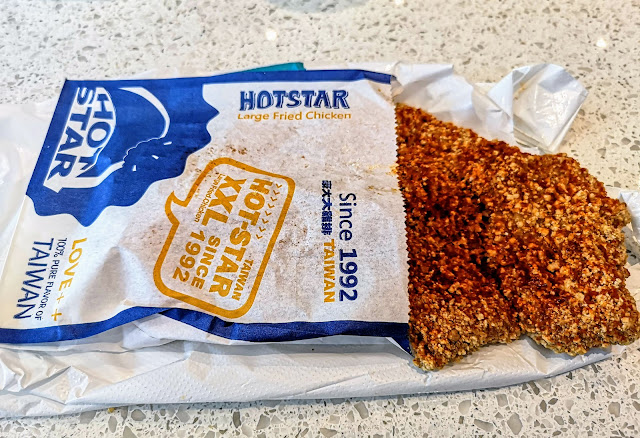 This is not a pounded piece of chicken but seems to be mostly butterflied to reach these proportions. It arrived hot and very crispy owing to the breading. It was tender and juicy and as I chose the spicy (one of several flavour choices) it was ever so slightly spicy. Colour me not unimpressed. At $10.49, it seemed like a decent value. On the side, I tried the Deep Fried King Oyster Mushrooms. 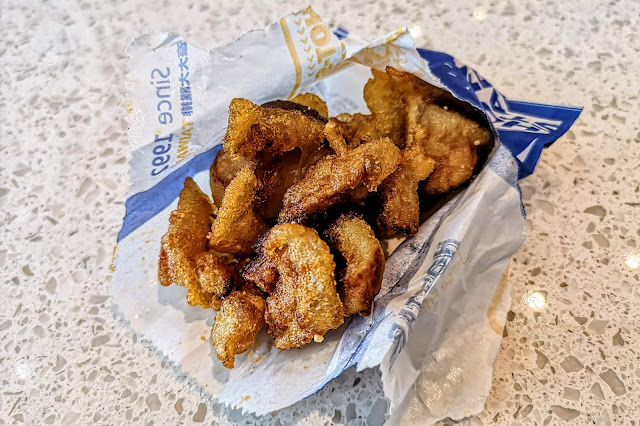 These were also hot and tasty but leaned towards the greasier side. Not necessarily a bad thing but you want to be eating them right away. 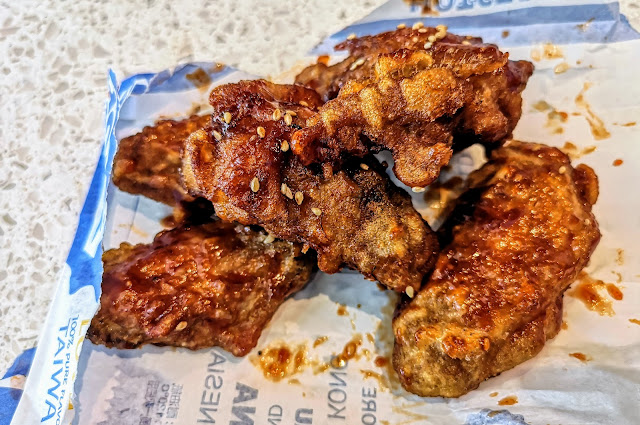 I was quite disappointed with the Korean style wings. They were sweet and flavourful enough but I felt like $8.49 for 5 was a tad expensive ($1.70 per section). Yes are used to paying a few bucks for KFC but I kind of expect more for my money. 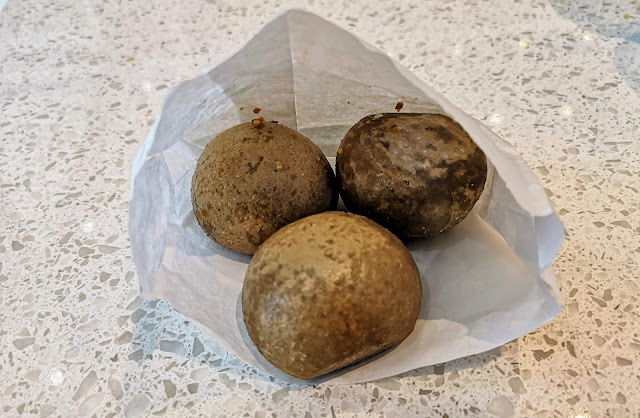 Finally, the Taro Buns were decent enough. They have a couple of other flavours of these sweet odd-looking creatures but you are not able to mix and match. $2.99 for three. 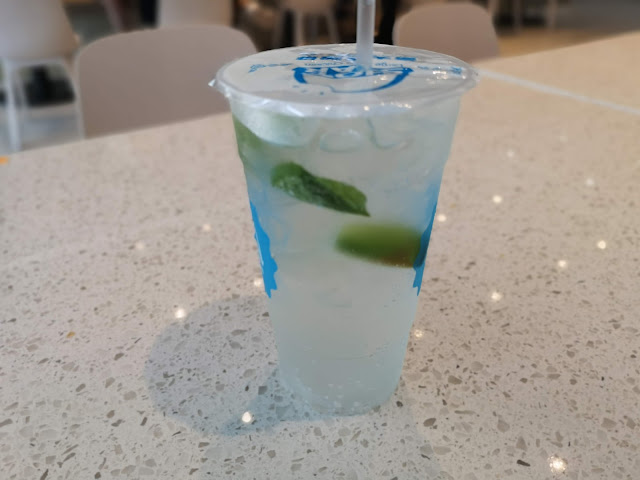 I also had an overpriced beverage.  This Lime Mojito at $5.49 (virgin obviously) tasted a little like a mix although there were actually basil leaves and lime in the glass. Refreshing at least. 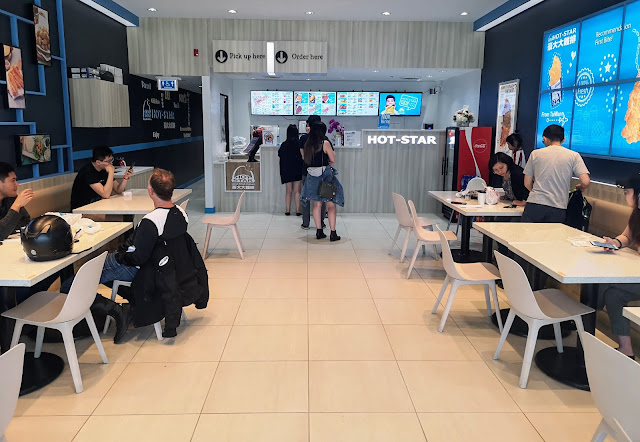 It's kind of a nice little fast food place. Its bright and comfortable enough and the staff are friendly. I just kind of felt like I would have been happier taking a little more time and eating at Memory Corner or Uncle Liu's or some other Taiwanese style restaurant. I wouldn't even mind if my fried chicken was smaller. 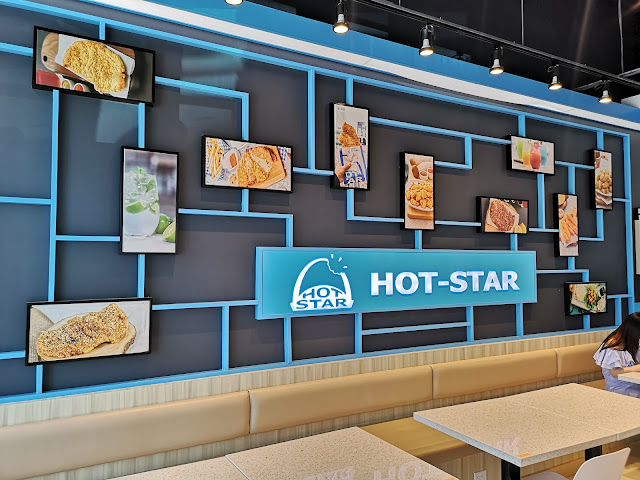 For what its worth, we give Hot-Star Large Fried Chicken 3 out of 5.

By Yes! We're Eating Vegan Again! at July 17, 2019
Email ThisBlogThis!Share to TwitterShare to FacebookShare to Pinterest