In my continuing exploration of Scout Magazine's, "Never heard of it" list, I found myself at Did's Pizza. I would not normally seek out a pizza by the slice place but it can be sort of a guilty pleasure, can't it? There is an interesting and extensive back story which you can read on Scout, making the purveyor almost more of an attraction than the purveyed. I felt like I was meeting a bit of a rock star! 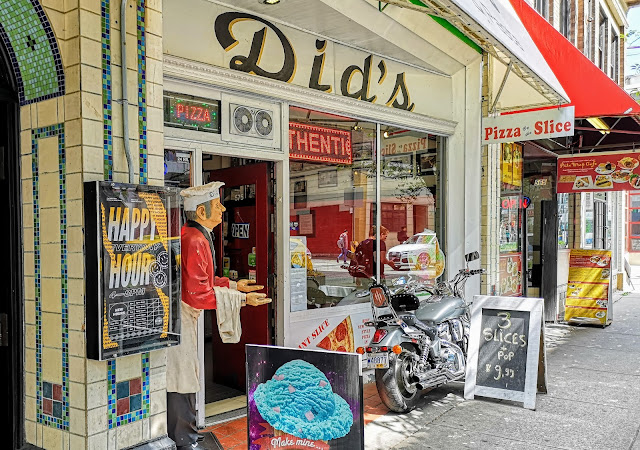 The 3 slices and a soft drink for $9.99 is a good place to start. Did is a man of opinions, as many of us get to be as the years go by. Scout magazine suggested that he can be gruff but I found him to be most friendly, eager to share his opinions and proud of his craft. 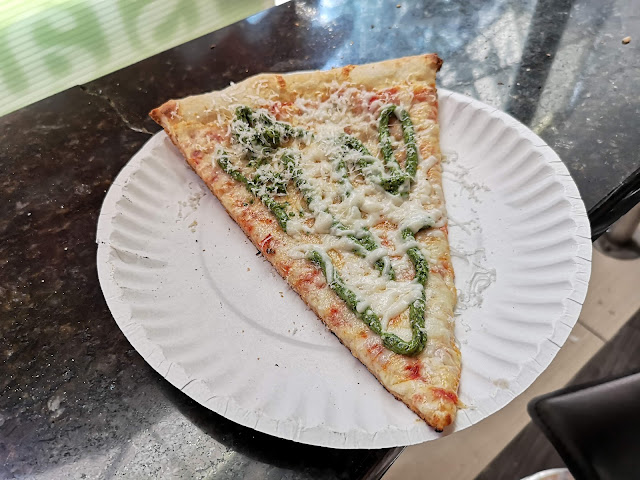 The slices themselves are large but not overly loaded with toppings. I asked for his apparently best-known pesto pizza which he created for me, adding his house-made pesto to an existing slice and giving all 3 of my choices a blast in the oven. The real impressive thing here is the pizza crust (other than the house-made pesto). Crispy and thin yet retaining some chew. The crust was worth the price of admission. Did explained the flour in the crust as Monsanto free. I assume that might mean organic but I couldn't say for sure. 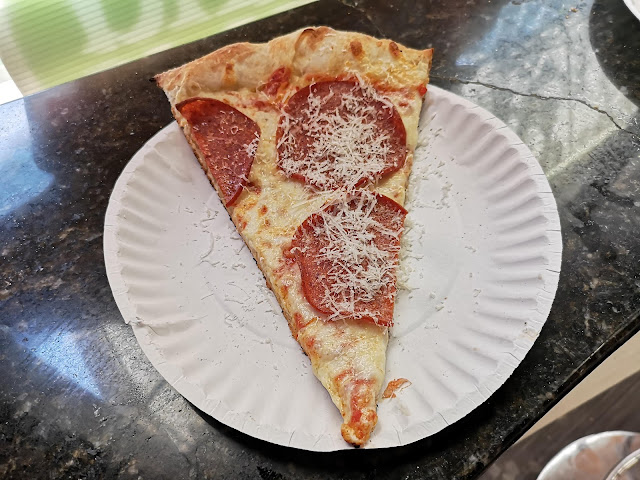 Whatever the case, it is an impressive foundation for a decent slice. Pesto, Pepperoni and Mushroom (with a healthy dose of garlic) and a grapefruit flavoured sparkling water made for a pretty good deal for $10! 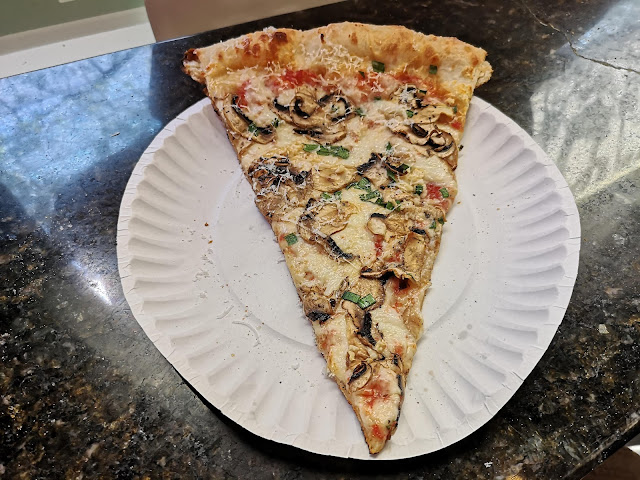 Did's also serves pasta (which I'm sure I would try) and ice cream (some folks came in, got cones and took selfies while I was there). 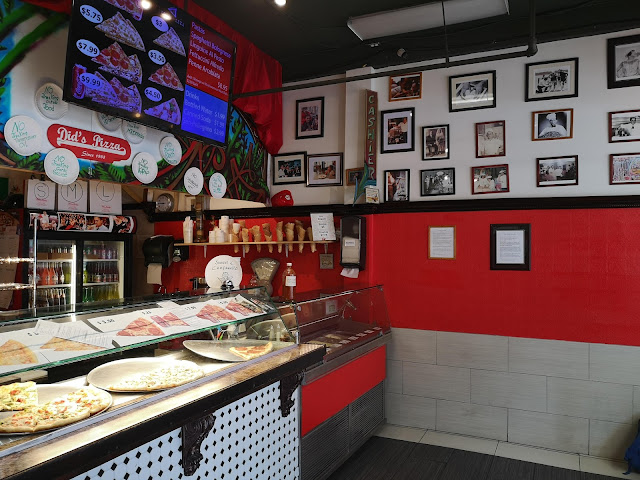 Open until 3 am on Friday and Saturday nights, Did's continues to be an after night club place as it was so many years ago. It's not a bad place for a quick lunch or snack at any time.
For what it's worth, we give Did's 3 out of 5.

By Yes! We're Eating Vegan Again! at May 26, 2019
Email ThisBlogThis!Share to TwitterShare to FacebookShare to Pinterest