We have had a nice stretch of warm weather but the rain is returning. Time for pho! Not that pho is all they do at Pink Lotus and not that rainy weather is the only time for pho, but it makes for a sensible lead into talking about our visit to Pink Lotus Vietnamese Cuisine at Fraser Hwy and 160th Street. 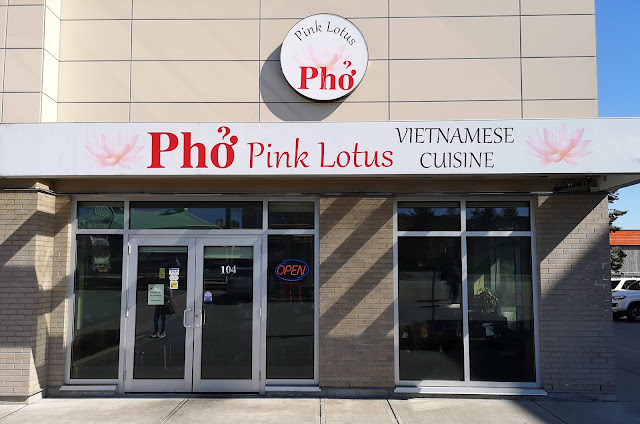 We arrived on a busy Sunday afternoon but there was a table for two just waiting for us. We started as we often do, with Deep Fried Wonton. 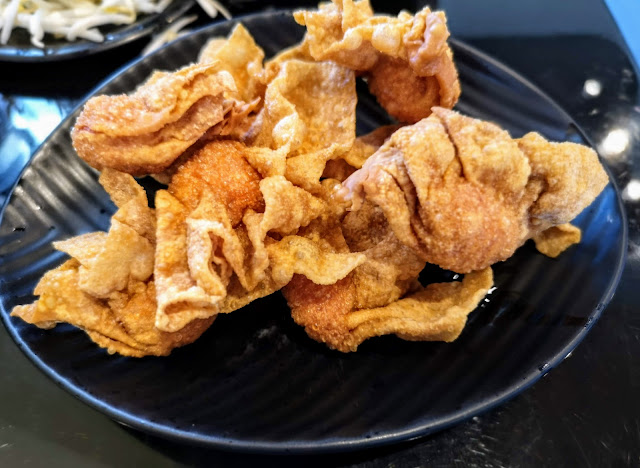 No big surprises here. A decent little pork meatball was tender and not overcooked while the wrapper was crisp. A sweet chilli sauce was served on the side. 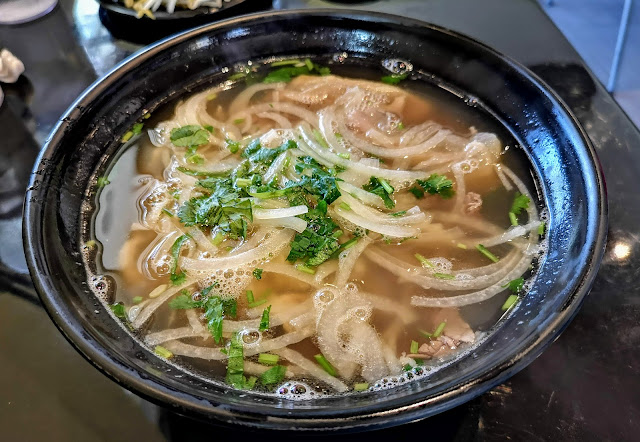 Marie had the Pho which was actually quite impressive. Number 36 with brisket tendon and tripe had a decent amount of meat including some very nice tendon pieces. It was a decent rich broth also. The usual sprouts, basil and lime were on the side. 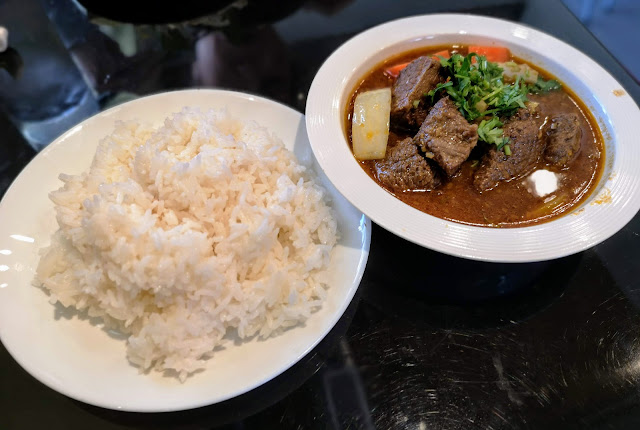 I had the Beef Stew as I often do at Vietnamese restaurants. This one came with rice on the side rather than the pillowy white bun that I had been dreaming of but that's OK. There was a generous amount of beef here but to be honest it was not very tender. Could have used a couple more hours of low and slow. 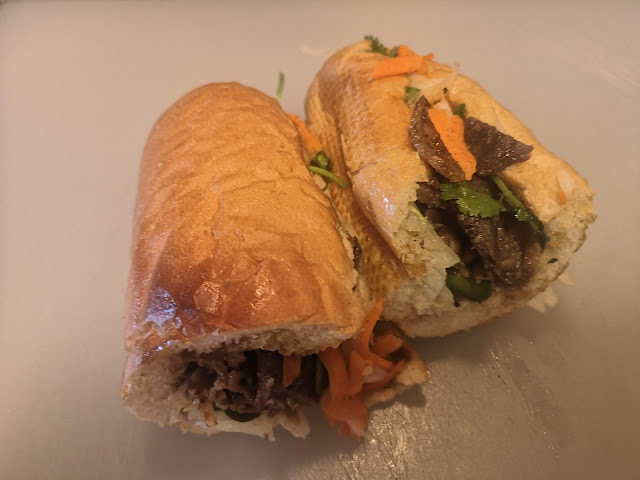 We also ordered a Bahn Mi to go which I poorly photographed later at home. Here was the pillowy bun that I had been dreaming of complete with a slightly toasted and crunchy crust. Again they were generous with the beef and lovely crunchy pickled vegetables. I feel like Pink Lotus is a family run place (although I didn't ask). They were very nice folks and look after their customers. 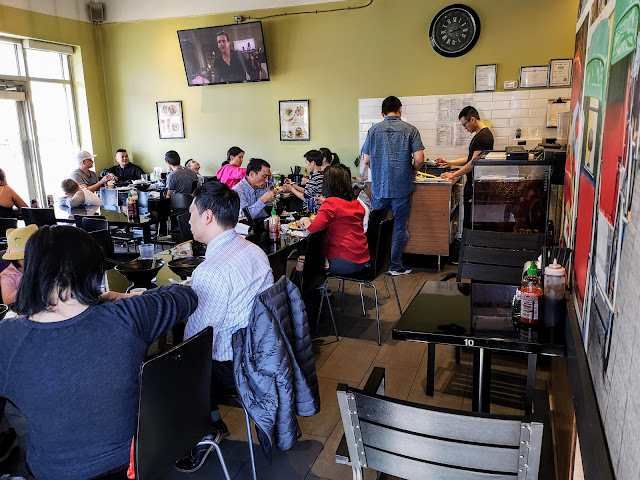 By Yes! We're Eating Vegan Again! at April 05, 2019
Email ThisBlogThis!Share to TwitterShare to FacebookShare to Pinterest