Many years ago in a past life, I was a regular at El Ranchito. It was a go-to for Mexican eats as it was on my regular route and served decent chow. Visiting was a little bit of a trip down memory lane as we found ourselves both hungry and in the neighbourhood. 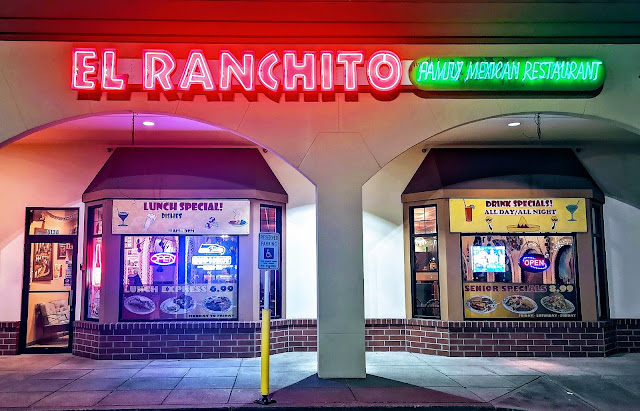 El Ranchito is family run and not part of a chain and they do some things very well. We were welcomed, seated right away and served complimentary tortilla chips and salsas. 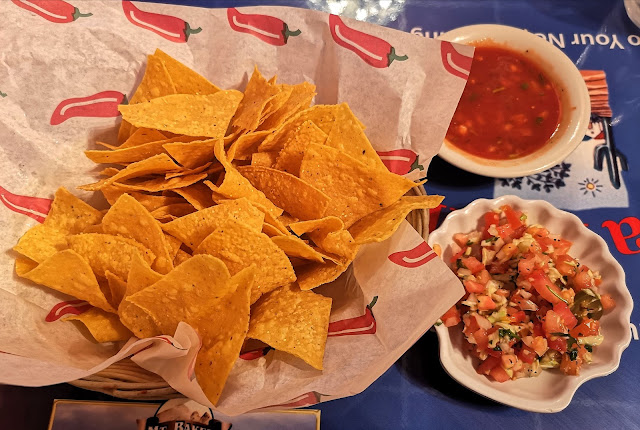 The chips are obviously fried in house, maybe not 2 minutes before we got there but they still had the nice flavour and texture that you don't get from a commercial chip. Served with a tasty pico de gallo and an ever so slightly spicy red sauce. 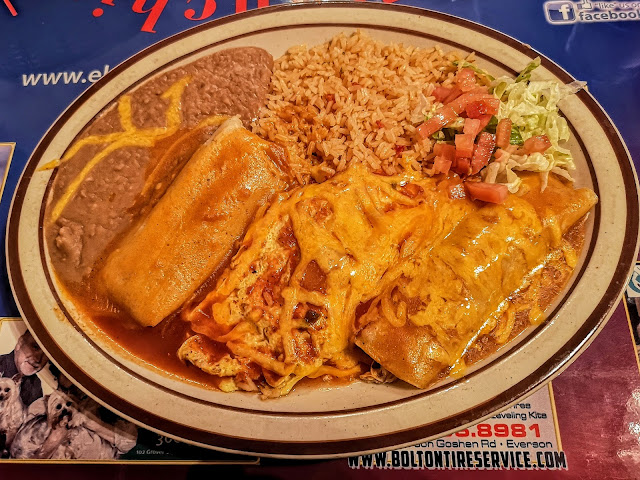 OK so we weren't hugely adventurous. A three item combo with a tamale, an enchilada and a chile relleno. The tamale was made in house which always impresses me. If you saw my less than stellar attempt at tamales recently posted on Instagram, you would know why I respect that. The relleno was of the more omelette like variety and was very light and tasty. We've all had rice and refried beans before and these were what we expect, warm and comforting. 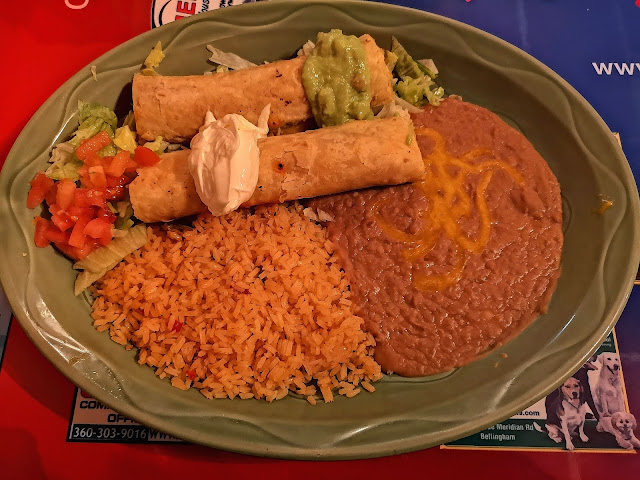 The Two Floutas Combination came with sour cream and guacamole. Just fried and with a generous helping of shredded beef. We made room for dessert especially as Marie loves churros! 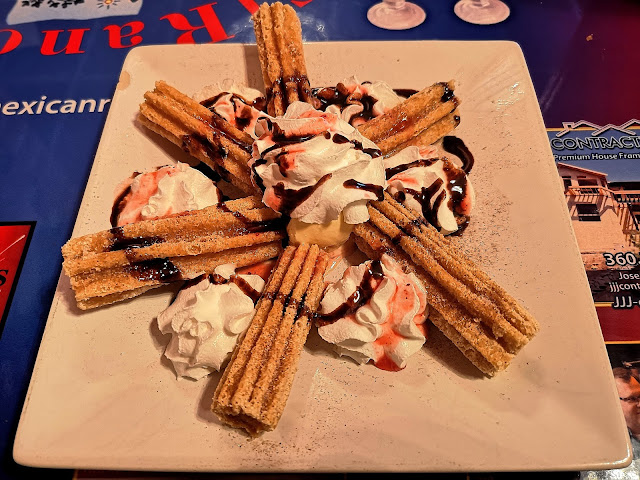 These were not drowned in sugar which we liked. There was however whipped cream, chocolate sauce and ice cream so you could each your churro as sweet as you cared to, right up to the diabetic coma level. Speaking of which, we also had the Deep Fried Ice Cream dessert. 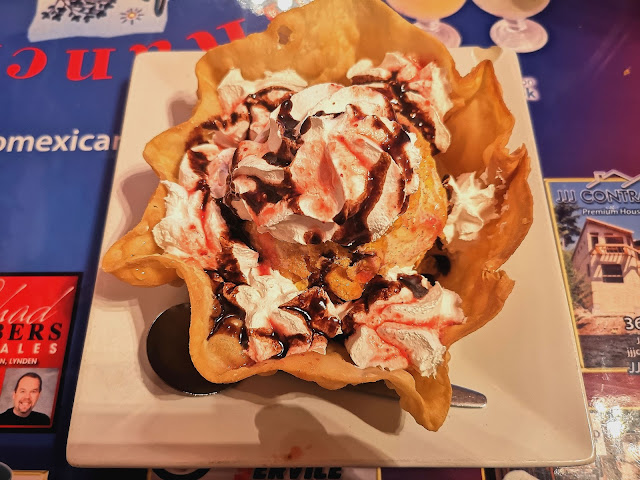 On television food shows, people are always in wonder at the concept of deep-fried ice cream but its really not that complicated. They don't fry it for 20 minutes, so melting ice cream is not really an issue. It was a surprisingly large ball of ice cream, a sweet crispy coating and similarly whipped creamed and chocolate sauced. Served in a deep fried tortilla bowl. Nice! El Ranchito hasn't changed much lo these many years. That must mean that they are doing something right! 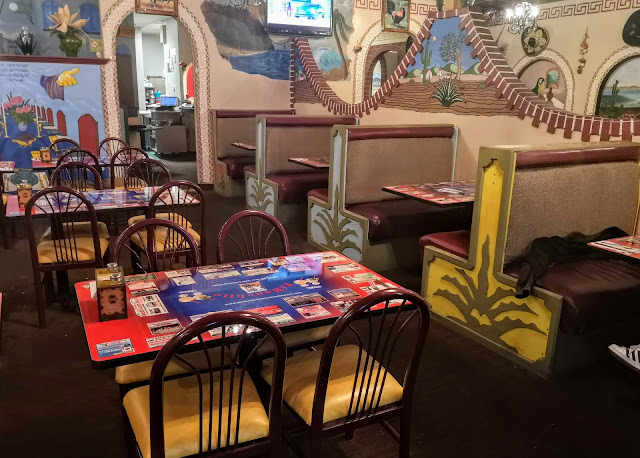 Comfortable with decor a little on the loud side. I like the advertising on the table although it creates a difficult backdrop for food photos! Still, I am sure to give Mt Baker Roofing a call soon! Friendly folks and efficient service!
For what it's worth, we give El Ranchito 3 1/2 out of 5.

By Yes! We're Eating Vegan Again! at March 22, 2019
Email ThisBlogThis!Share to TwitterShare to FacebookShare to Pinterest