It was Family Day and Marie wanted to take her kids out for lunch! We all enjoyed Korean food just down the street last year and everyone seemed able to find something they liked. So we tried again, this time with Bon Ga. 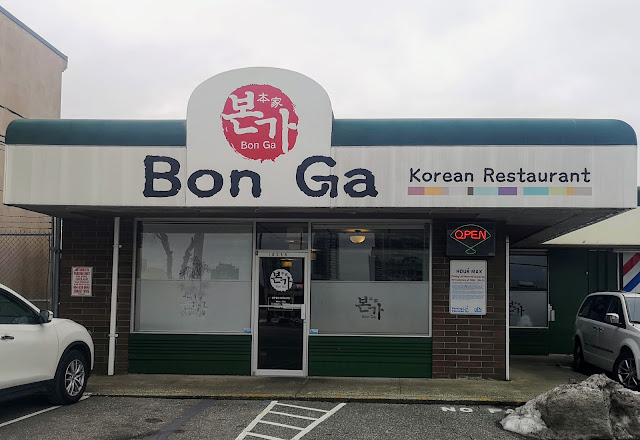 We arrived at about noon and were seated right away. There are tatami rooms along the two sides of the restaurant and comfortable tables and chairs in the centre complete with service call buttons. Banchan arrived first as it usually does. There were 7 of us here so there were a couple of sets of these 4 dishes. 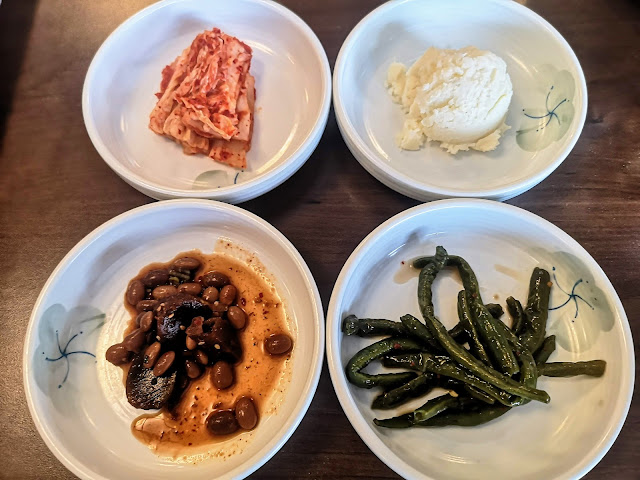 The banchan was tasty enough but not mind-blowing. I ordered my current go-to Korean favourite. Spicy Pork Backbone Stew with Potatoes 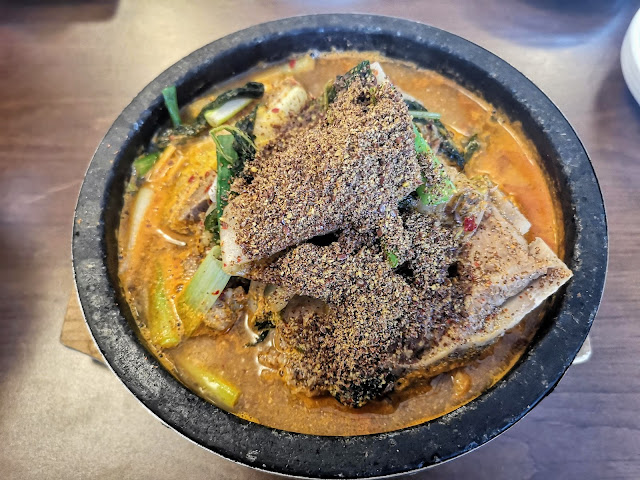 It came covered in perilla seed powder which lends a mild nuttiness. This was a very good dish with a few nice sized bones. It was not overly spicy. I am not sure what etiquette demands but I have to use my hands to do any damage to the bones. Marie had the Dolsot Bibimbap which was also first rate. 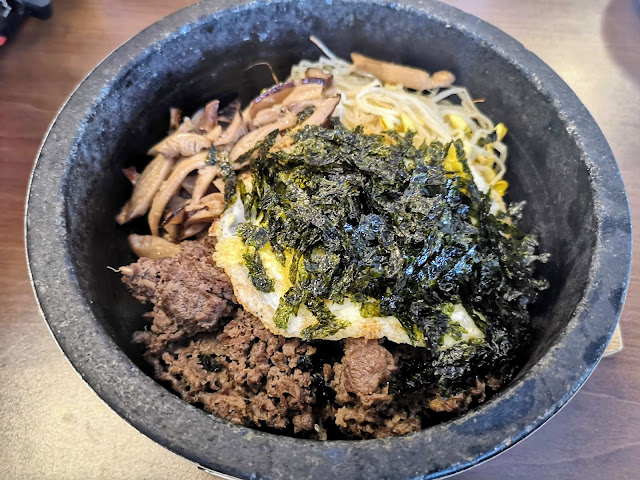 The rice around the edges was very crispy. It is called nurunji if I am not mistaken and we love it. The meat was tasty and there was a nice arrangement of veges. 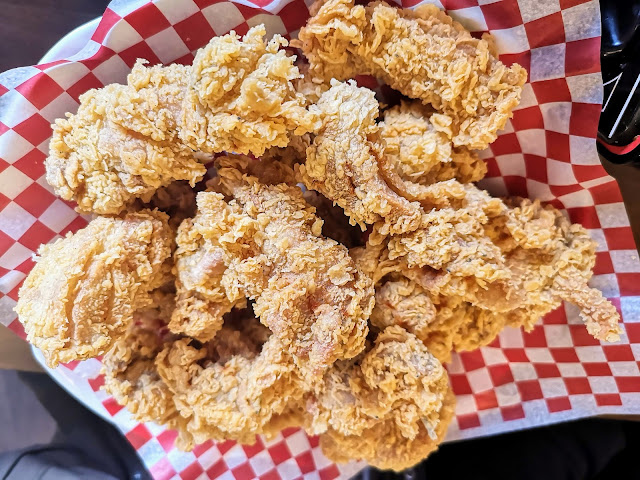 The kids wanted fried chicken and we ordered original. This was a bit of a let down compared to some KFC that we have had. We would have done just as well at Church's. It was tender enough and not overcooked but the coating was just plain and we felt like there was too much of it 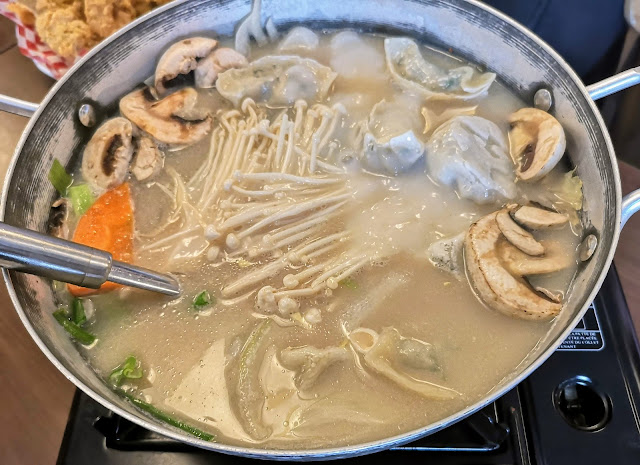 I have to be honest in that the Dumpling Hot Pot didn't do much for me either. The dumplings were decent but the rest was on the bland side also. It may be that this is what the dish is supposed to be like. I have never had it before but I probably wouldn't order it again. Back on the upswing, the Pork Ribs were tender and tasty and I would order them again. 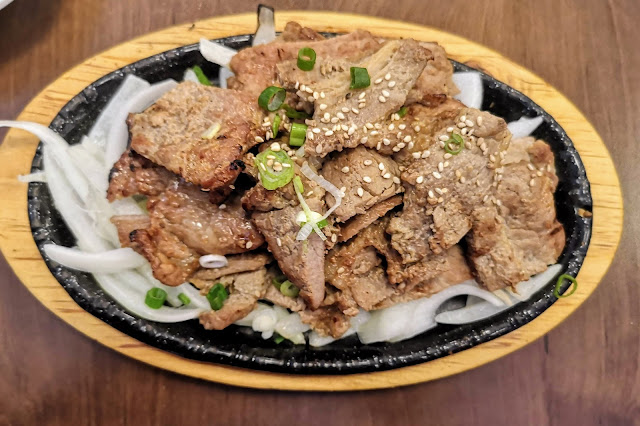 And finally, Deep Fried Dumplings. Its hard to go too wrong with anything deep fried and these were fine. 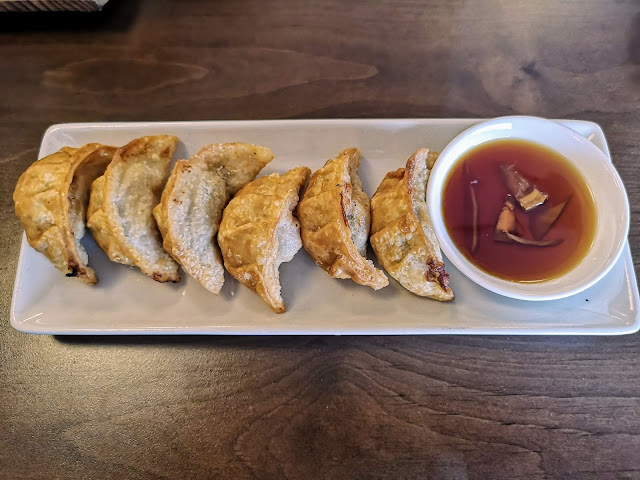 All in all, it was a decent meal. We had fun no one left hungry. Our server was accommodating and although I didn't see that she had much help as things got busy, she kept up. 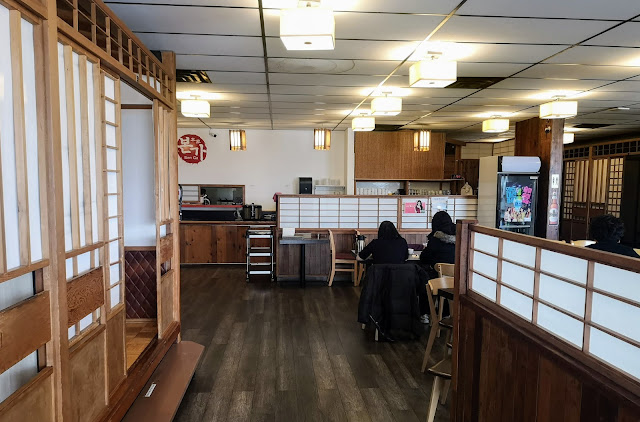 Choose well and you can have a nice Korean meal at Bon Ga.
For what its worth, we give Bon Ga Korean Restaurant, 3 1/2 out of 5.

.
By Yes! We're Eating Again! at February 24, 2019
Email ThisBlogThis!Share to TwitterShare to FacebookShare to Pinterest