You know what happens on a beautiful sunny day in Metro Vancouver, in the middle of winter. We, the residents, emerge in vast numbers from semi-hibernation and walk or run or sit in the sun to bolster our vitamin D levels and our moods. This being the case, I should have known that the line up at Re-Up BBQ would be prodigious as many of these same residents, who had chosen the New Westminster Quay for their sunshine dose, would require sustenance! So at 1:00 o'clock, the line up to order from Re-Up was back to the riverside entrance of the quay market, promising at least 20 minutes of waiting. To make matters worse, one of the staff came out to inform us all that because they had so many orders on the go, that food would be another 45 minutes after ordering! Aaargh! But then a magical thing happened! The line up in front of me to order, totally vanished, making me the first in line! Next, the nice woman who took my order confided that they said 45 minutes to be safe. We were eating within 30 minutes! 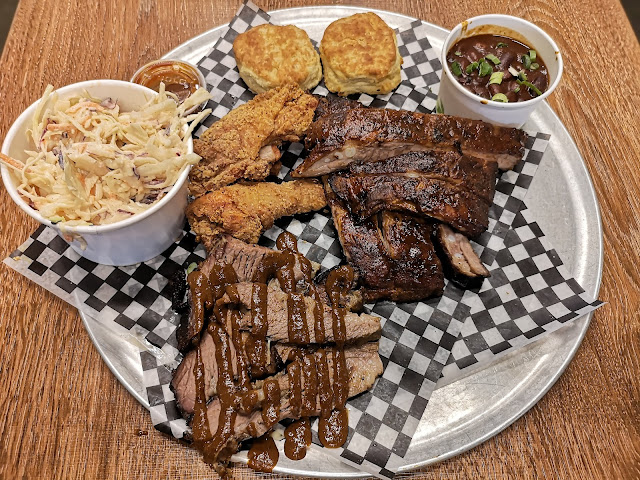 We ordered The Full Barnyard which is a decent selection off Re-Up's menu for 2-3 people. Now, I have eaten lots of barbeque and I have eaten a fair bit of it in America, land of low and slow, but I don't consider myself to be a qualified Memphis in May level judge. So maybe some would be more critical but I really only have good things to report. 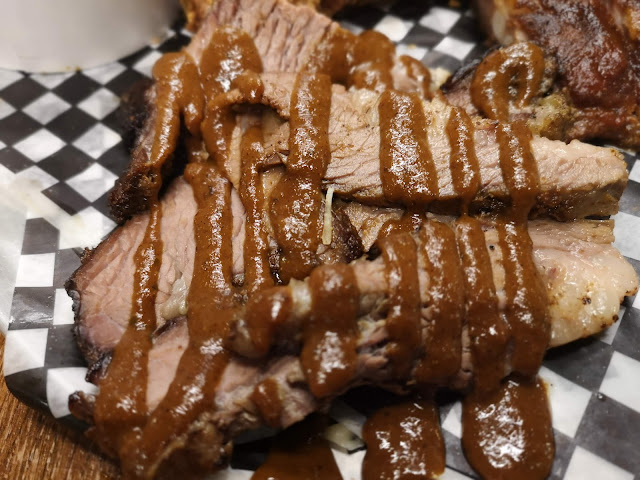 The brisket was tender and juicy. The easiest fail for barbeque has to be dry brisket but it was the opposite of that. I have no recipe for the sauce they used but it is house made and fruity. They confided that there are raisins and vinegar and the overall was a bit sweet and tangy. Excellent! 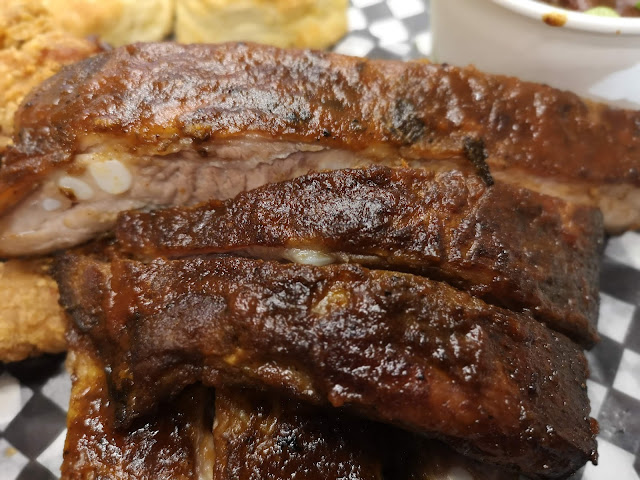 I would also return for the ribs. Meaty and tender, all the same adjectives from above apply here. A little spicier on the sauce but not overly. 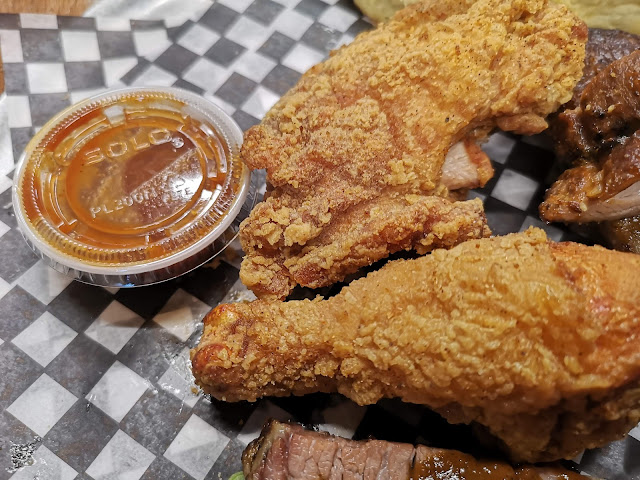 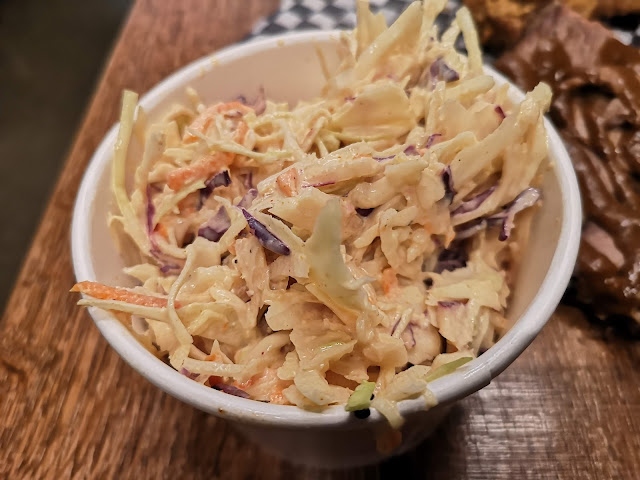 I love it when sides are not an afterthought! The slaw was leaning in the mustard/vinegar direction and just creamy enough. Very refreshing! There were also pit beans. These were not cooked to death but retained some texture and were spicy! The biscuits were a little dry and could have used butter although there were plenty of dipping choices on the platter. At $36, I would call this a good deal. It fed 2 hungry sun worshippers with a small to go box of leftovers. To be honest, I wasn't expecting it to be so good! I guess, since we're not in Texas or Kansas, decent barbeque is a wonderful find!

By Yes! We're Eating Vegan Again! at January 18, 2019
Email ThisBlogThis!Share to TwitterShare to FacebookShare to Pinterest