Located on the second floor of the Westin Grand, Hendicks is a smallish chic room where hotel guests and others can enjoy meals from morning to evening and a libation when appropriate. 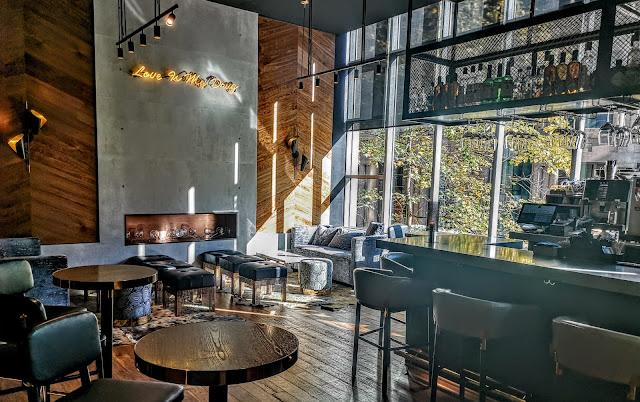 Service was friendly and efficient and the sound track was enjoyable (for us that is) running from Gin Blossoms, to Hendrix (coincidence?) to Lenny Kravitz and so on. 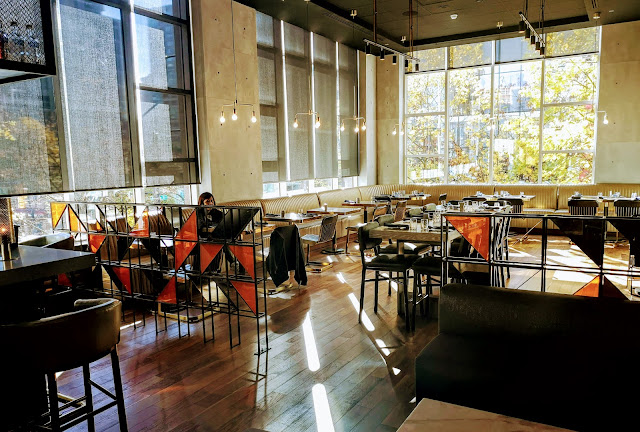 We came here as our first stop on Vanfoodster's Burger Challenge. Hendricks' entry was the aptly named Hendricks Burger at $17. The burger was a very nice mix of the condiments which make the average person smile. 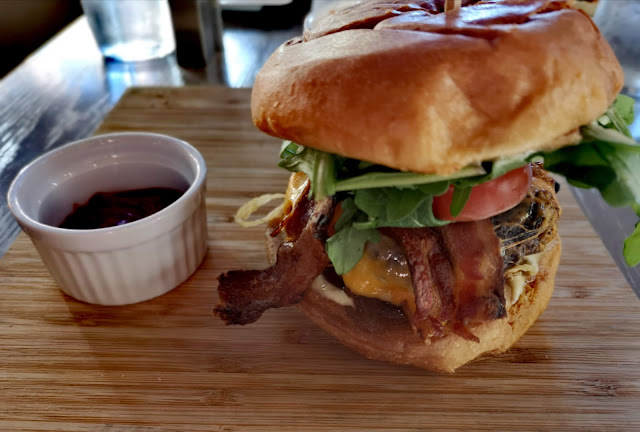 Smoked mozzarella and cheddar, nicely crisp bacon, garlic aioli, onion marmalade (caramelized onions but I know it is cool to call it marmalade) lovely thick ripe tomato slices and peppery arugula. The burger was not served on sesame brioche as promised but I would not hold that against them. The one problem was that the meat was quite overcooked. Nicely charred yes, but to the point where there was not even a hint of pink. Flavorful too, but could have been more tender if that line was not crossed. 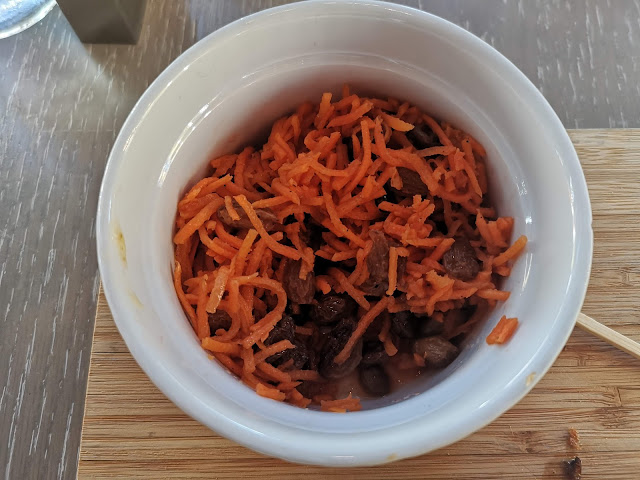 The carrot-cumin slaw which accompanied the burger made up for a lot. With sweet raisins which had been plumped in, I'm not sure what, this was a winner. And I know that it was just slaw. Another home run for Hendricks was the "Flight of Benedicts" that Marie and I also shared. 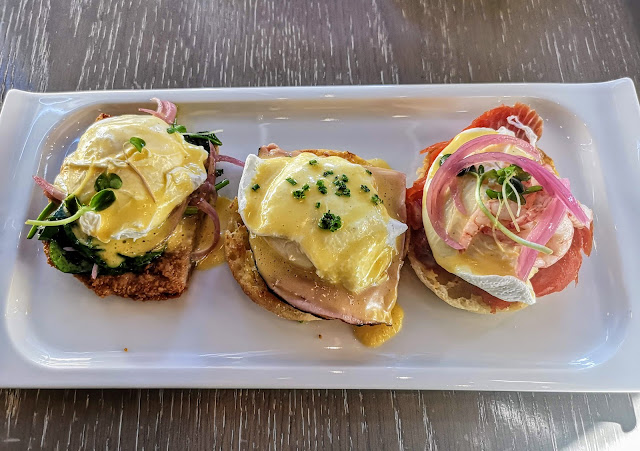 Truly, a well poached egg, something that seems very simple, reveals that someone in the kitchen knows what they are about! These perfectly shaped and nicely soft of yolk but just firm enough of white eggs where perfect for half a classic, half a smoked seafood and half a Schnitzel Benedict. The Hollandaise was also very good being rich and creamy! A generous helping of smoked salmon and shrimp, tasty back bacon and thinly fried pork tenderloin made up the rest and you can guess which is which! 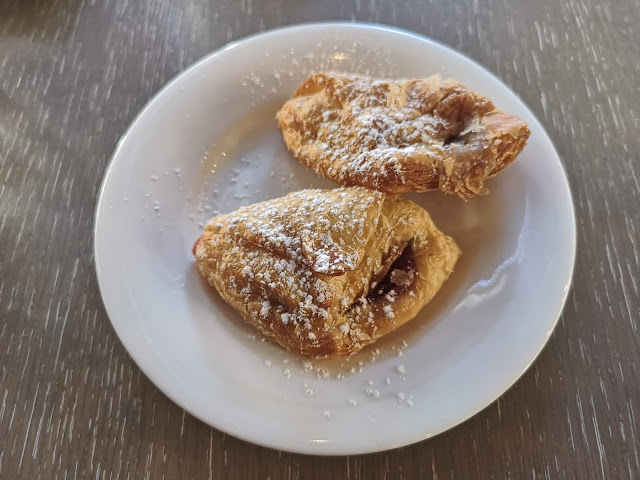 Oh! And they brought us a couple of nice complimentary pastries to begin with! Thanks for a nice meal, folks!

By Yes! We're Eating Again! at October 22, 2018
Email ThisBlogThis!Share to TwitterShare to FacebookShare to Pinterest