If we were stuck on a desert island with only one kind of food to eat...well, lets just say that South Indian has entered my top 10 list for sure (it would also be interesting to ask this question substituting dessert for desert!). Our visit to Tandoori Flame a few weeks ago while exciting, was somewhat disappointing in the dosa department. While many Indian dishes lend themselves to buffet style dining, dosa must definitely come to you straight off the grill and that's what we got at Anjali's Dosa Garden in Newton. 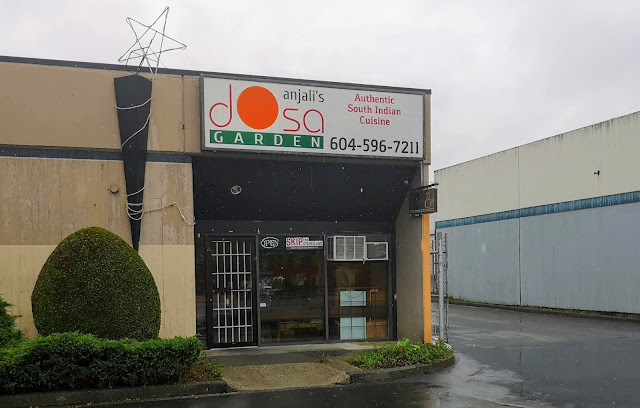 Located in a somewhat industrial and not so pretty strip mall just off King George. It is a no nonsense place, not nearly as lavish as Tandoori Flame but neither was my wallet so significantly lightened. 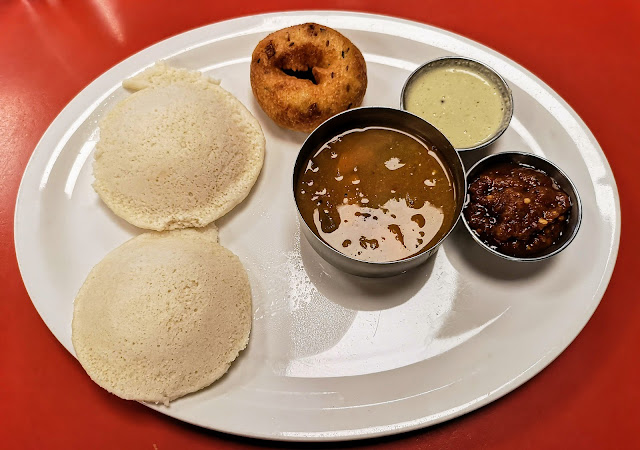 We started with their Idli Vada Combo which came with the usual red and coconut chutnies and sambar (a lentil based soup/stew). The vada was hot out of the fryer and along with pillowy idli both were perfect vehicles for the rich coconut and spicy sides. 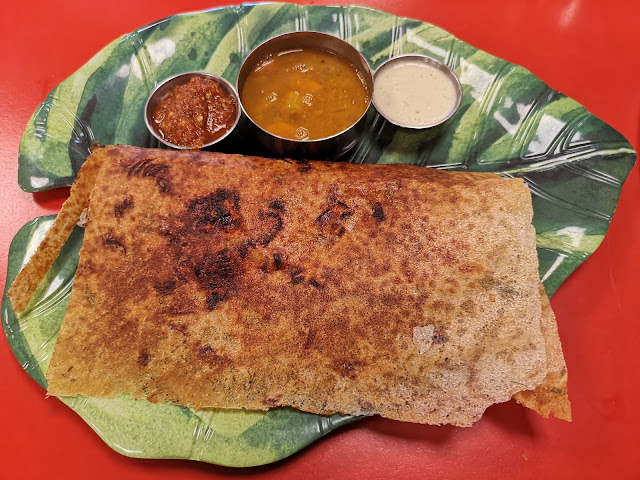 Next was the main event. We tried the Mysore Masala Dosa which was filled with a wonderful potato and spice mixture. I am not really an expert on the different types of dosa but this one was squared off and had onion in the batter making it a little more rustic than some dosa that we have had. It did not disappoint and was rich and comforting on this rainy afternoon. 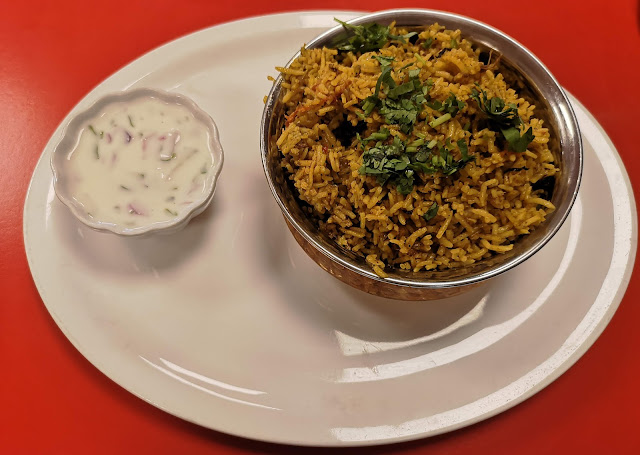 Lamb Biryani was our third plate. This is a wonderful dish and too be honest, I have had it at several South Indian restaurants and it is always amazing! Just a perfectly conceived recipe (Well at least it is to me! If you don't like rice or lamb, you might be less enthusiastic). 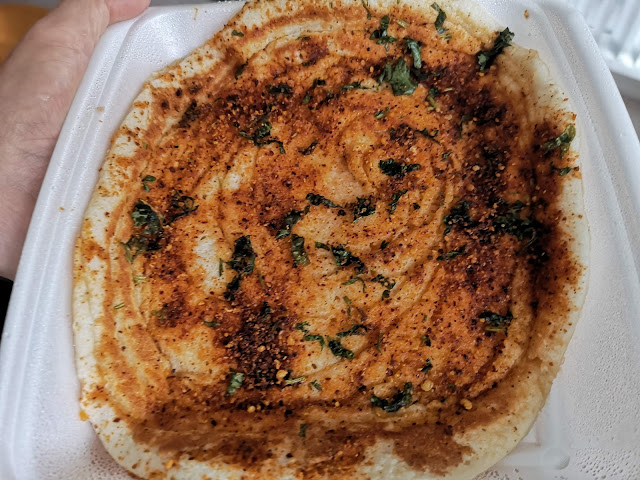 We also ordered Podi Oothappam to go (mostly because I did not know what it was). It turned out to be a lovely pillowy bread with a not too spicy tomato herb paste topping. Very nice! 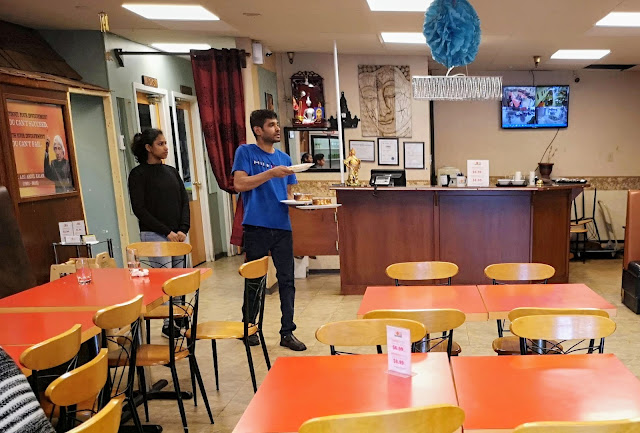 Not too fancy but friendly enough. Our server was a little run off her feet but did pretty well on keeping up. Don't be afraid to try something different! There is more out there than sushi and tacos and bubble tea (don't get me wrong. we love that stuff). This place we enthusiastically recommend.

By Yes! We're Eating Vegan Again! at October 08, 2018
Email ThisBlogThis!Share to TwitterShare to FacebookShare to Pinterest