So about thirty years ago, I was trying to expand my kitchen horizons, getting a little more off the beaten path into some regional French cooking and so on. At the time, out in the Valley, some ingredients were hard to come by or ridiculously expensive. Then I discovered Save On Meats on East Hastings Street. It was a butcher shop where I could get rabbit and lamb shanks and other things and at reasonable prices. So the occasional trip to Vancouver for ingredients came to include a stop under the neon pig! 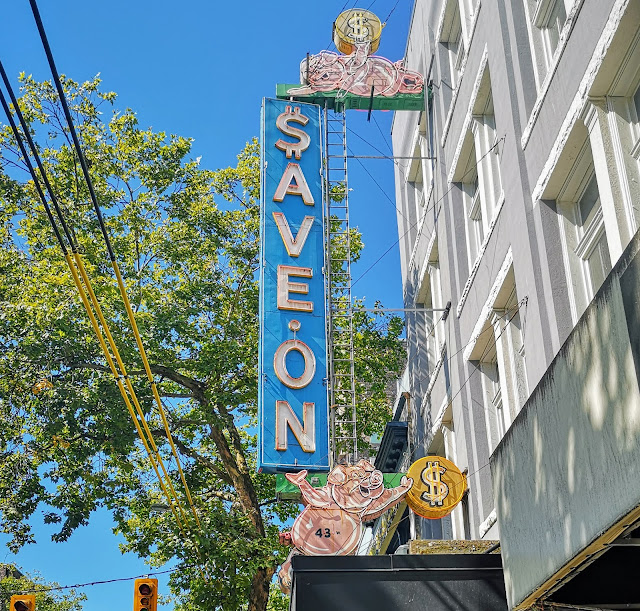 In the last few years, Save On Meats has been home to a diner, with socially conscious management who are active in the local community, even handing out tokens redeemable for a breakfast sandwich to those in need. Prices are reasonable for the stated purpose of being accessible to the local folks. 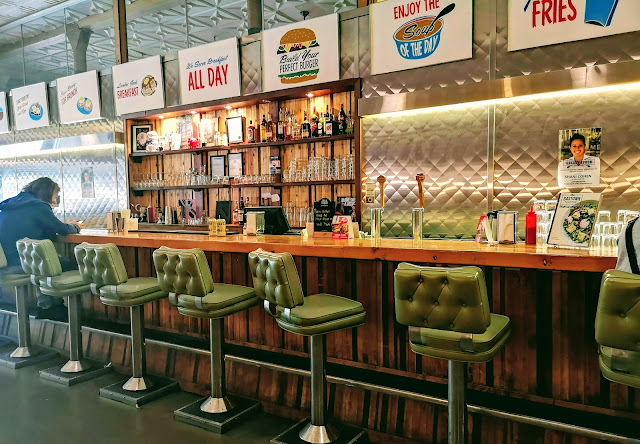 Save On has been on my to do list for quite a while so this sunny Sunday we stopped in at about noon. The folks here could not be friendlier and we were soon seated in a comfortable booth and enjoying the artwork and vibe. 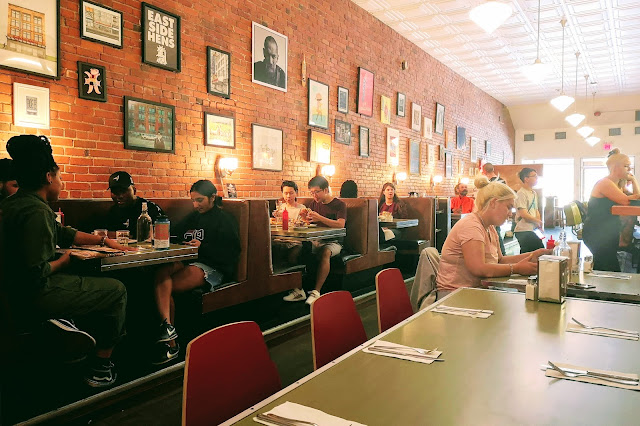 It didn't take us long to decide and order. 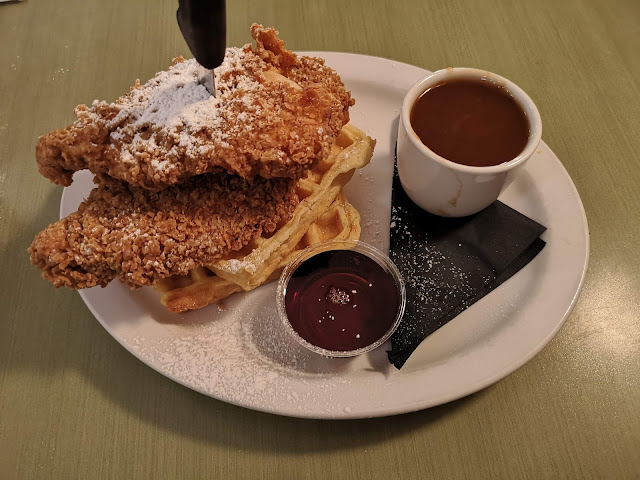 Chicken and Waffles! This came with a wonderful meaty gravy and syrup and the chicken was nicely tender and moist. Marie and I were split on the crunchy coating. I found it a little dry and was not a fan but she munched down every bit. The waffles themselves tended to be a little heavy. That's the thing about gravy and syrup though, they cover other weaknesses. 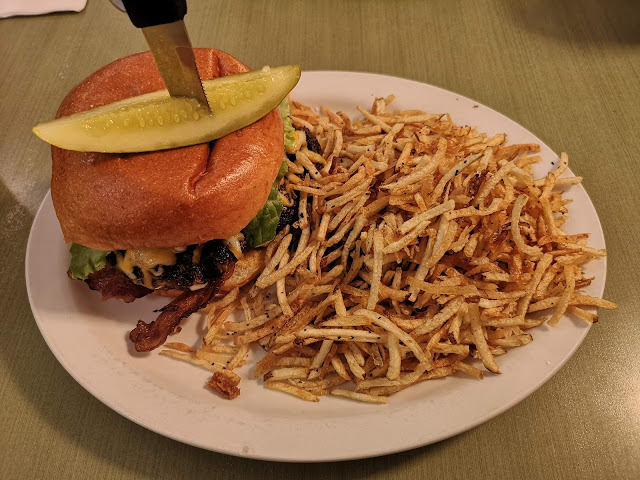 We also had a burger with cheese and bacon. This was a basic winner with a tasty pickle and a nice no nonsense bun. Served with a generous side of in house made "Haystack Fries" which were a good delivery system for any remaining gravy or ketchup! Not sure what the best way is go get them into your mouth though. Someone suggested chopsticks! We recommend this place for its food and its service to the community!

By Yes! We're Eating Again! at September 06, 2018
Email ThisBlogThis!Share to TwitterShare to FacebookShare to Pinterest