So my brother and his 2 boys are in town for a few days.One of their required stops is the beach at White Rock. It was a place where we spent a lot of time as kids and he wanted his boys to share his nostalgia for it. Nothing makes one hungrier than chasing tiny crabs around on the sandy sea bottom near the pier (no crabs were injured in the making of this blog post). And then there is the disappointment of realizing the rock is just painted white (Grey Rock beach?). So after getting too much sun, we went to Woo Korean BBQ to sate our hunger. 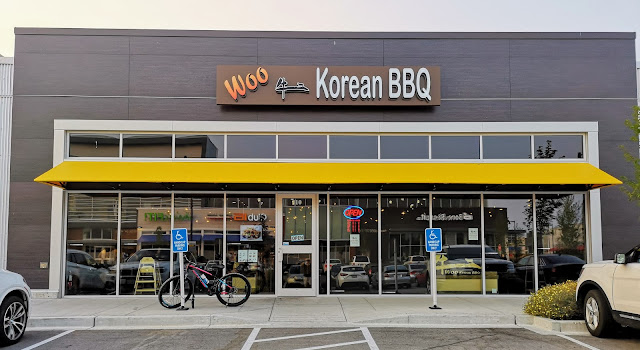 One of the newer restaurants near 160th on 24th in South Surrey, Woo is sharp looking and comfortable. We were seated immediately and the wait staff rose above and beyond the call of duty all during our meal, instructing us in the fine art of Korean BBQ when necessary! We four hungry boys decided on the Pork Lover's meal. It is a set for 3 but it filled us up and we took home left overs (although we did order spicy rice cake as well). It started with Banchan of course which included very nice shredded cabbage with a sesame dressing. 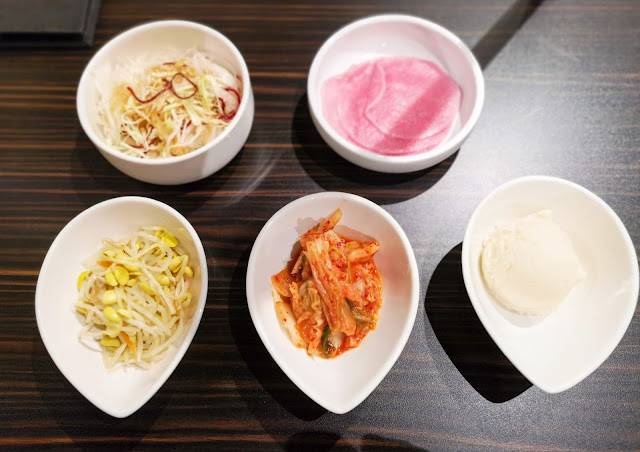 Two kinds of meat to grill arrived; pork belly and marinated pork ribs and soon we were smoking up the place (not really, the ventilation is seemingly state of the art). 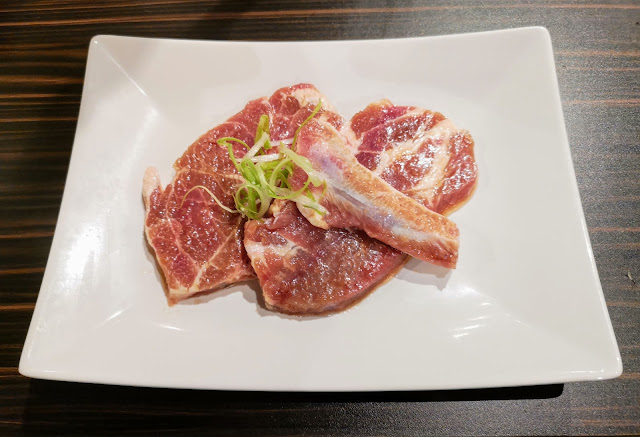 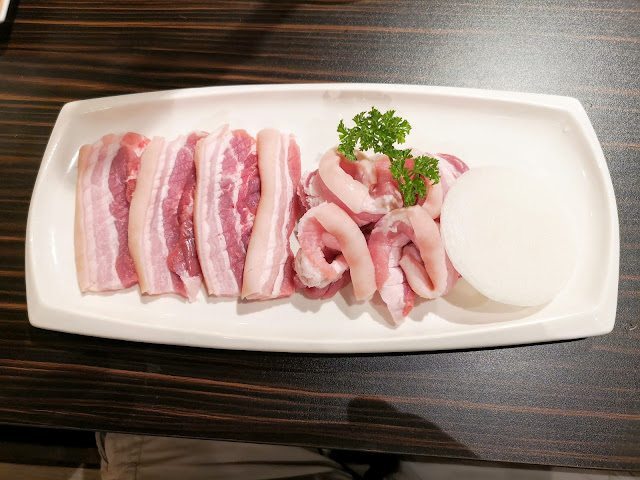 It would be hard to pick a winner as both were very good although I am a sucker for marinated ribs. 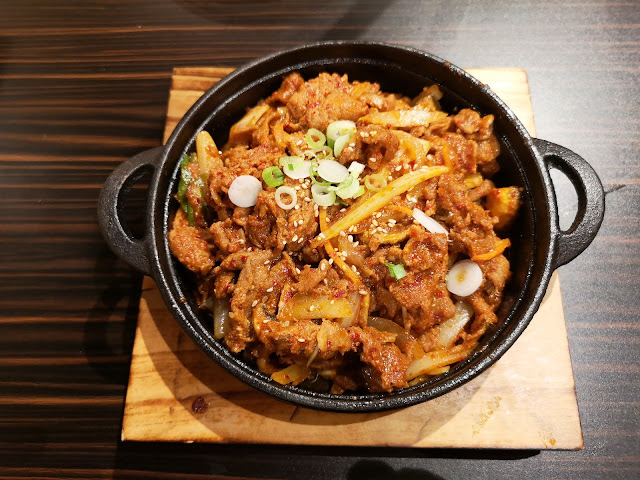 Pork Bulgogi was a part of this. It was tender and slightly spicy and was maybe the favorite of the table. 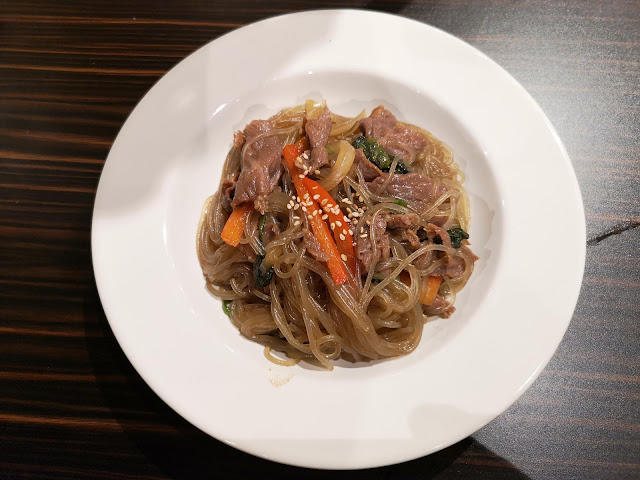 Its also hard to go wrong with the Japchae. The noodles had a perfect chew to them. 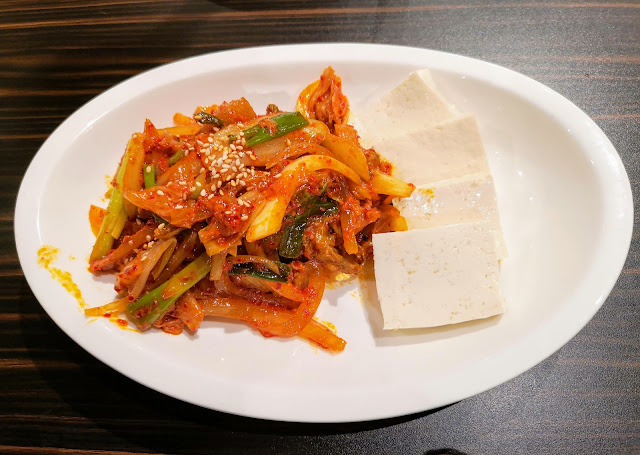 We needed some instructions for the Kimchi and Tofu but obviously its not that complicated. This was very good kimchi. 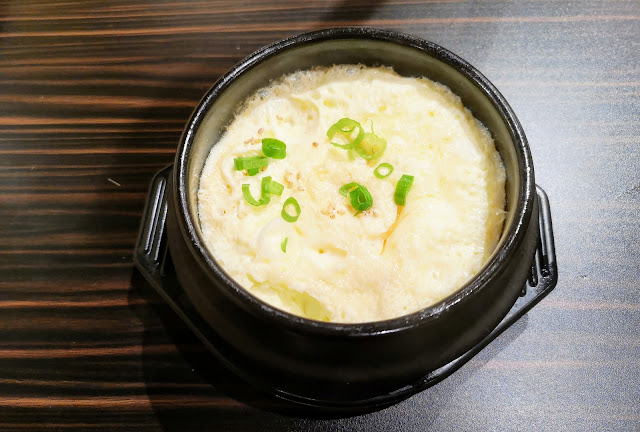 There was wonderful steamed egg. This was so silky and light and was one of my personal favorites. 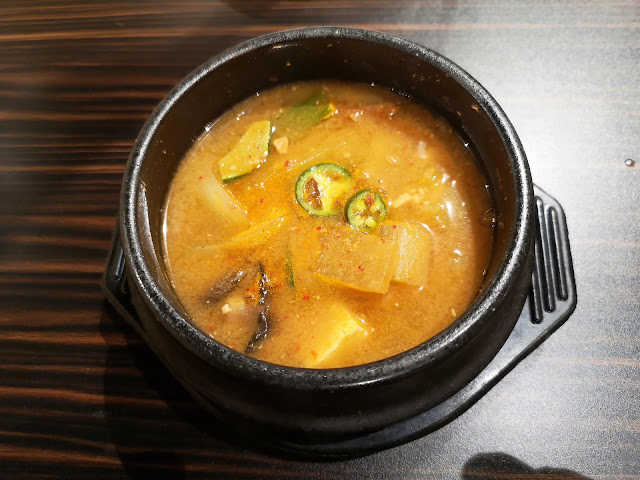 We were also served a wonderful soup. It was not on the set menu, nor did we order it. I think it was the fact that we were so charming and such delightful customers. It was a rich and slightly spicy pork base broth with some tasty chunks of radish and vegetables. 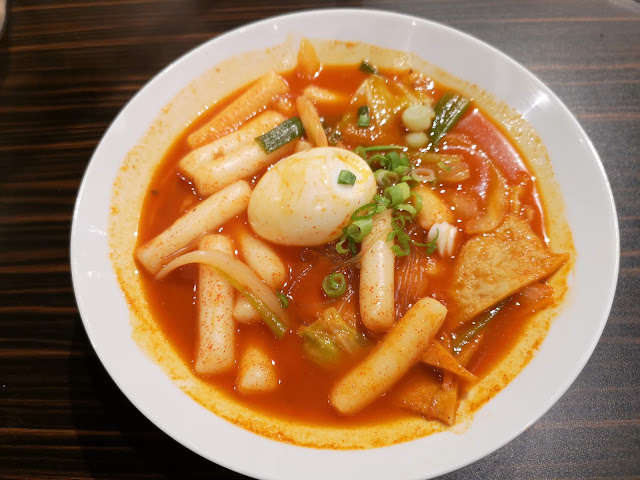 Of course there was rice also but we, thinking that this might not be enough for four hungry boys, ordered Spicy Rice Cake which was also tasty with nice texture. This was a lot of food!. We ended up taking home  leftovers as the set for 3 would have been perfect for the fur of us. At $80, that seems like a great deal with some nice variety and its fun to have the centre table grill for the meat. 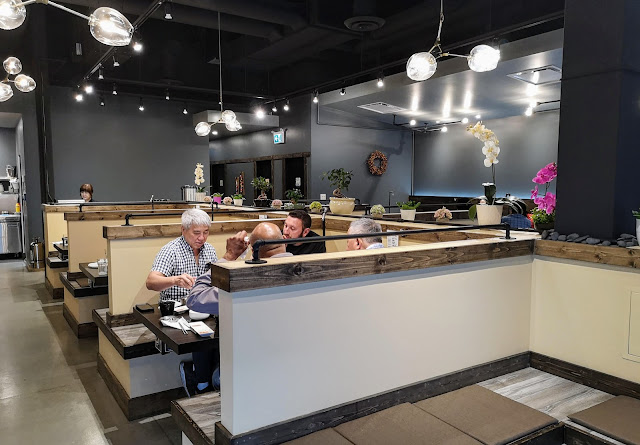 This is a great place and we couldn't stop talking about it. We will be back!

By Yes! We're Eating Again! at August 02, 2018
Email ThisBlogThis!Share to TwitterShare to FacebookShare to Pinterest