Attending the first ever Langley RibFest taught me a couple of important things for next time (as I hope we will be calling it an annual event at this time next year)  ; 1) don't think you can taste everything in one afternoon and, 2) bring cash! This was an amazing event that was well organised. Parking was plentiful as were tables, games for the kids, and pretty decent live music! And oh yeah, there was barbequed meat also! 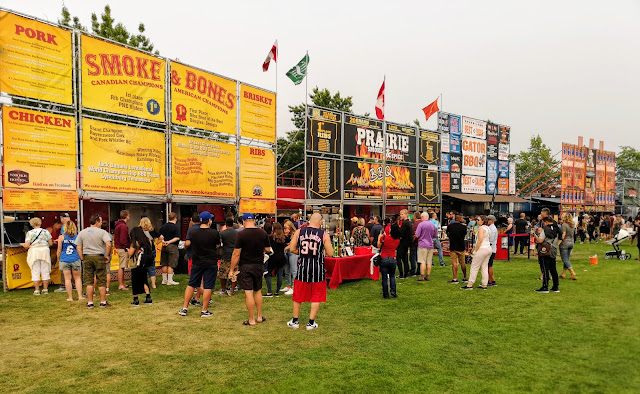 Tunes, as mentioned were pretty good. The Elton John tribute band that was playing when we arrived was fairly spot on. The lead singer / piano player even looked the part of Elton albeit circa 1970 or so. Following them was the Brookswood Country Band, who played some Eagles, Clapton and whose lead singer had a Stevie Nicks voice that was quite impressive. 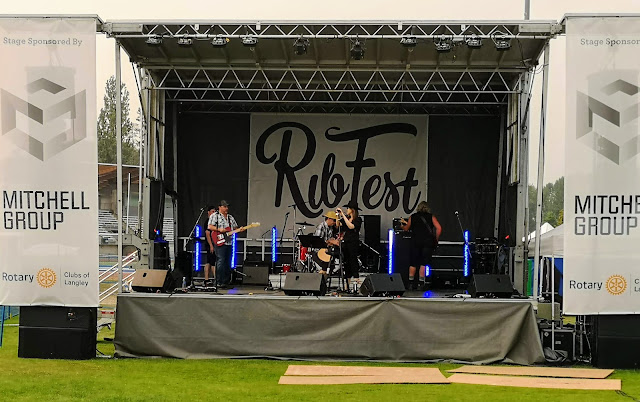 The Ribfest surprising contribution to the world of sports was Human Foosball! 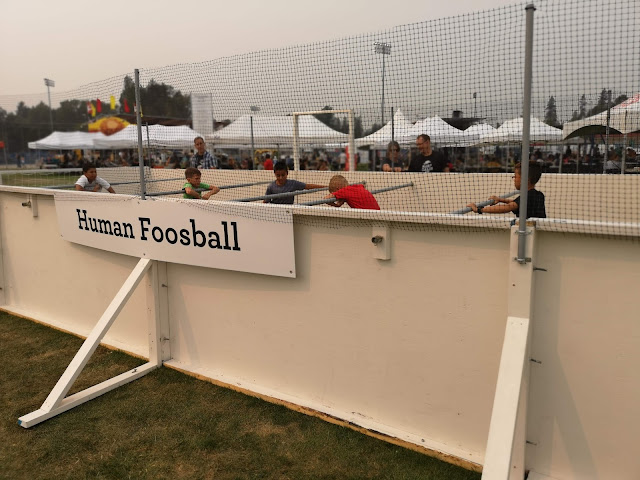 I have never seen Human Foosball before and I have the feeling that exterior control knobs for the players may have been tried but proved impractical. 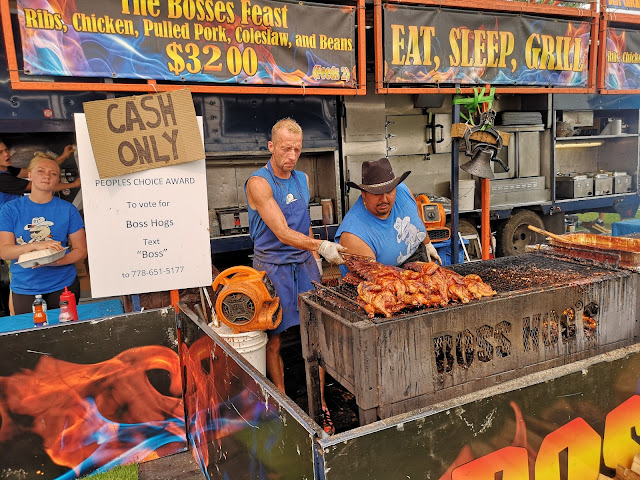 The real stars of this festival were the pit masters of course, and low and slow over wood was the main event. However, we were not blown away by the final product! We tried the ribs at a couple of the stands, Boss Hoggs and Smoke and Bones. The sauces were quite impressive (and top secret) but in both cases, Marie and I encountered at least some 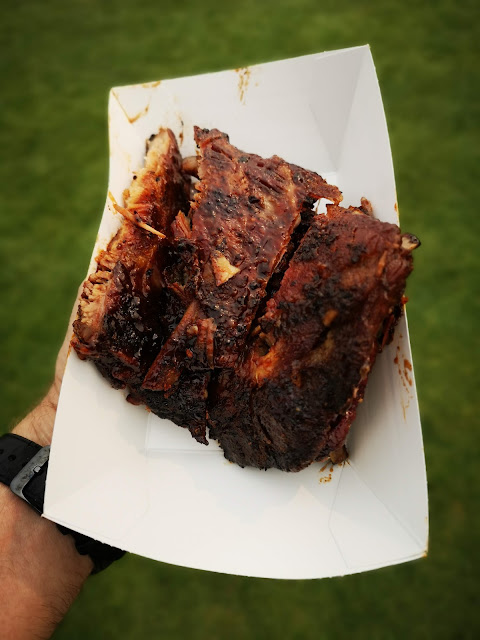 of the portion which was unchewable! Seriously, some of the ribs on each  plate were tender and excellent while some was not very impressive at all. 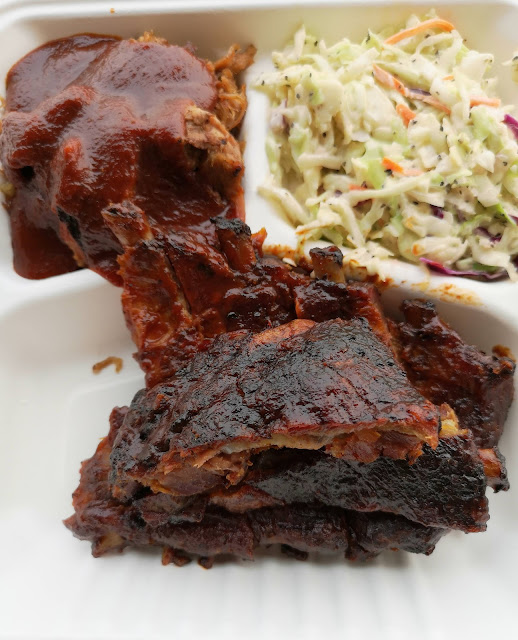 At Smoke and Bones, we got a two meat combo with slaw. Brisket was our second meat and it was truly delectable ( and the slaw was very good also) ! Should this be BrisketFest? I feel like the downfall of the ribs has to do with advance preparation and reheating. Given that the average cost of a half rack seemed to be around $18, we shouldn't be having this discussion. I'm not a barbeque snob (or any other kind of snob) but I have had enough barbeque (not to be confused with grilled meat) to be able to comment.
Next time, I may just steer clear of the ribs altogether. Brisket, pulled pork and chicken all may stand up better to being served in quantity at an event like this. Aside from barbeques meats, there were plenty of other good things to eat and drink. 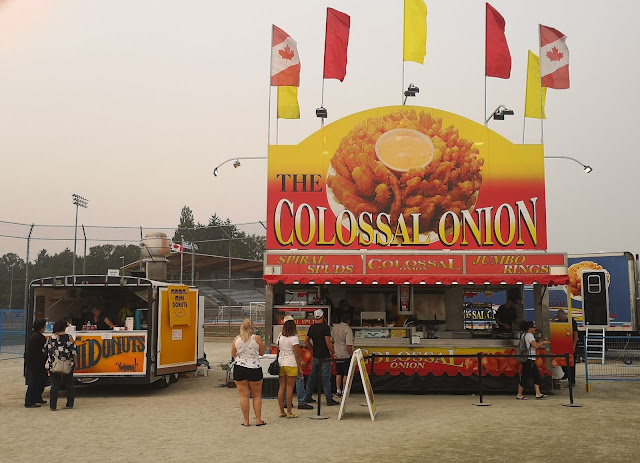 By Yes! We're Eating Again! at August 20, 2018
Email ThisBlogThis!Share to TwitterShare to FacebookShare to Pinterest