Ever since Vanfoodster's West End Tasting Plates, I have been excited to get back and try more of what Izakaya Gons has to offer. On that occasion, they served Wagyu Beef Carpaccio, vegetable tempura and a couple of 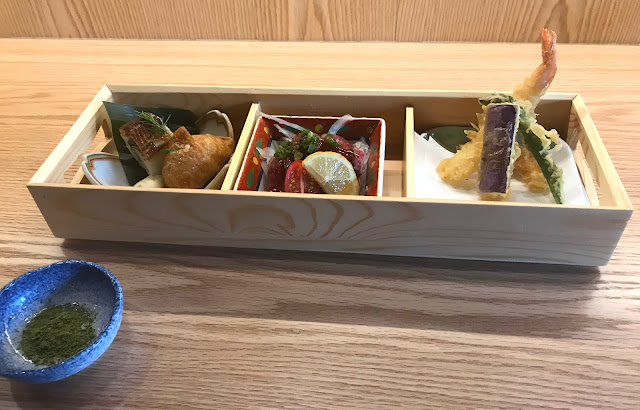 pieces of very well prepared sushi. On my finally getting a chance to return, with my brother and his boys (still visiting from Calgary) alas, I was not nearly as excited. I'm not saying anything was bad but...well, you'll see. We started with a couple of appetizers, Cucumber with Miso which was refreshing and tasty and 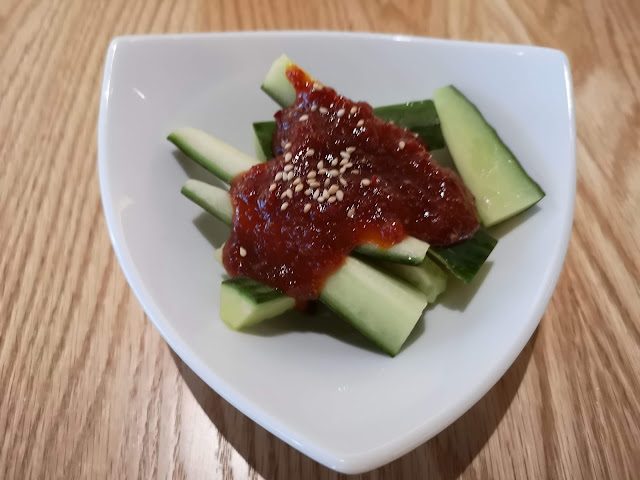 Chicken Skin with Ponzu. The chicken skin turned out to be one of those dishes that, after everyone tried it, became mine (Have some more?...No thanks. You have it.). I am not sure what I was expecting here. It was a cold dish as expected and was rich as expected 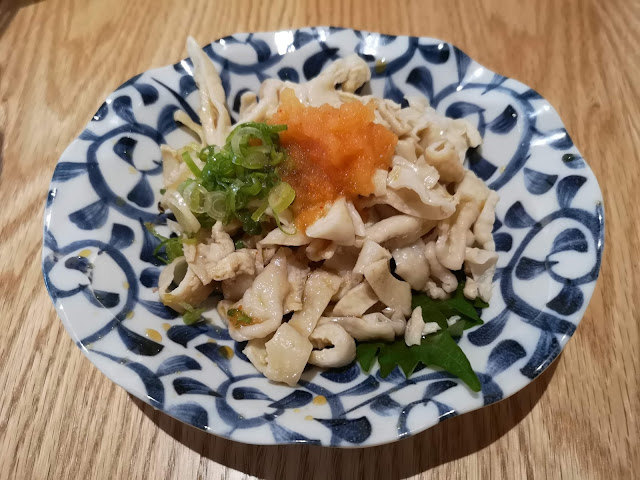 but not too overflowing with flavour. A little salt, a little more ponzu, I don't know. 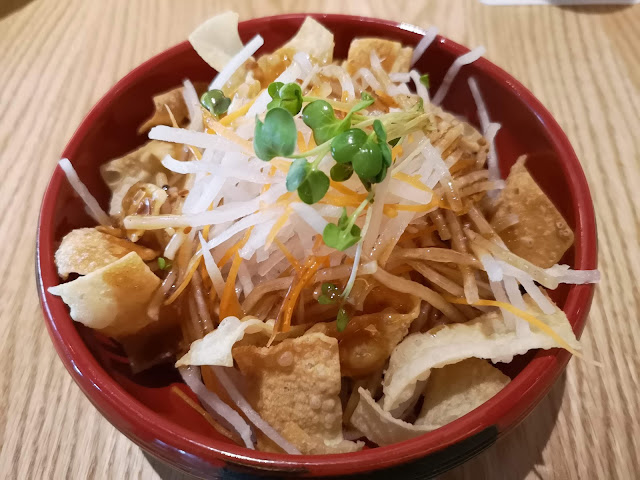 The Healthy Daikon Salad was both healthy and refreshing. The miso - basil dressing was very nice and we finished it down to the last matchstick of radish. The Mixed Veggie Tempura was disappointing. It was no where near as hot and crisp as it should have been. I would suggest it had been waiting around for us but I don't know that. I do know what tempura should be like though. 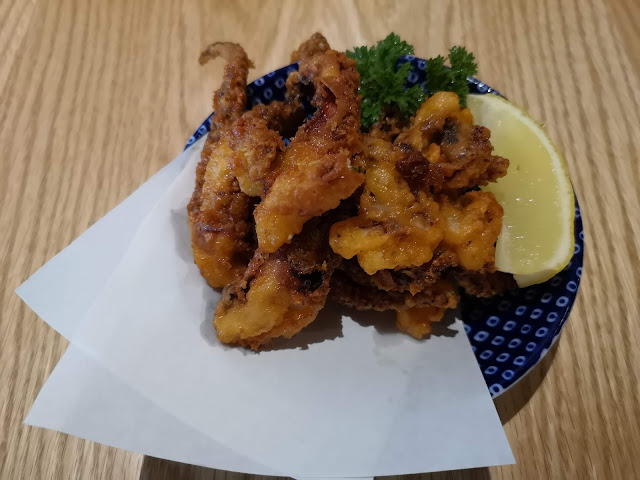 The Karage Squid was very tender and arrived hot and crispy. This was the choice of my nephews and went over very well.  Next we went out on a limb and tried the Steamed Barley Fed Pork, which came with seasonal vegetables. 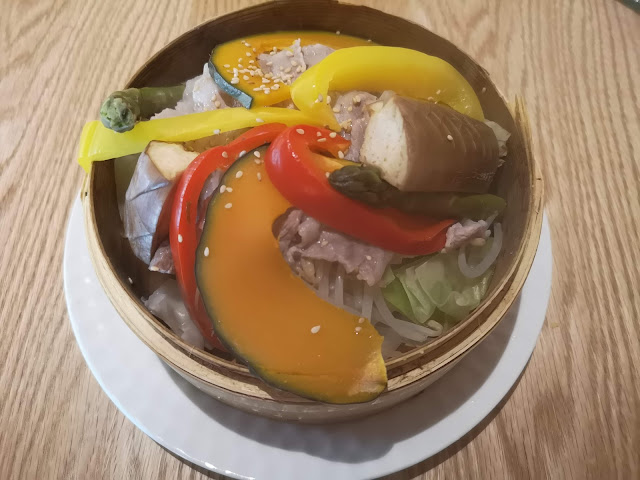 This was truly the least exciting of everything we had ordered. Of course, we could read that it was steamed but that was it. Steamed vegetables and steamed thinly sliced pork. This dish delivered exactly what it advertised and left us underwhelmed. Izakaya Gons leans toward healthy and low calorie cooking and that's what this was. And that's all. No complaints about service. The wait staff were efficient and helpful, accommodating my brother's lactose intolerance questions. The restaurant is comfortable and chic. I feel like I could have made better menu choices but really, everything on the menu should be memorable.

By Yes! We're Eating Vegan Again! at August 06, 2018
Email ThisBlogThis!Share to TwitterShare to FacebookShare to Pinterest