I had been intrigued by the reviews of Cafe Loyal. Many pointed to its decent chow, unique menu and ordering system and good prices. It has been on my list for a while. So we were in the area and hungry, and decided to give it a try. 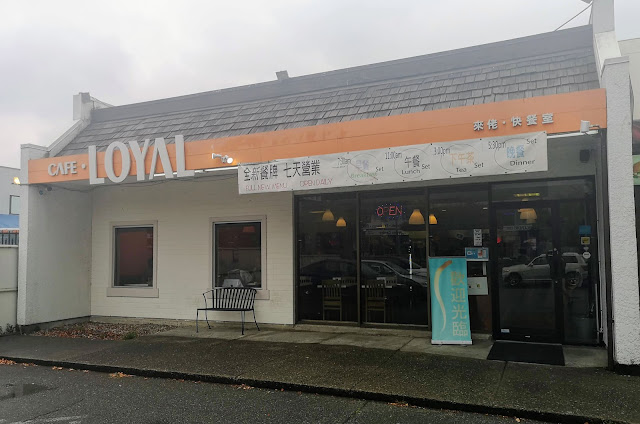 I'm not typically put off by sketchy locations or run down strip malls so we rolled up and walked in despite the low rent exterior. 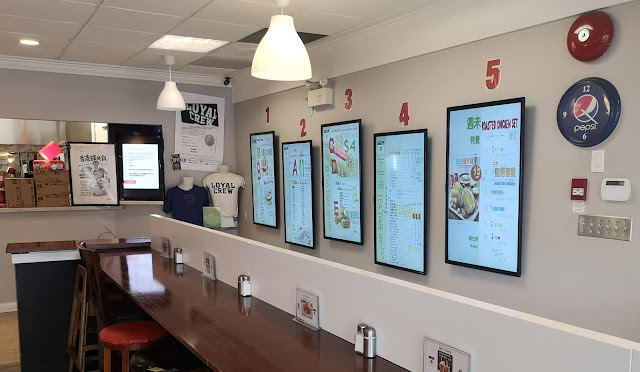 I had already looked at the menu and felt some confusion. I hoped that looking at it in person would solve this, but it did not. The menu is a sort of hodge podge of combinations and single items with miscellaneous exceptions and additions, all in campy hard to read graphics. Put a bunch of people in front of the menus all at the same time and I'm sure the result will be chaos! My advice would be to print some menus and let people struggle on their own instead of in line with other people waiting! That being said, it was not busy when we arrived. We figured it out, ordered and our food was ready to be picked up quickly. 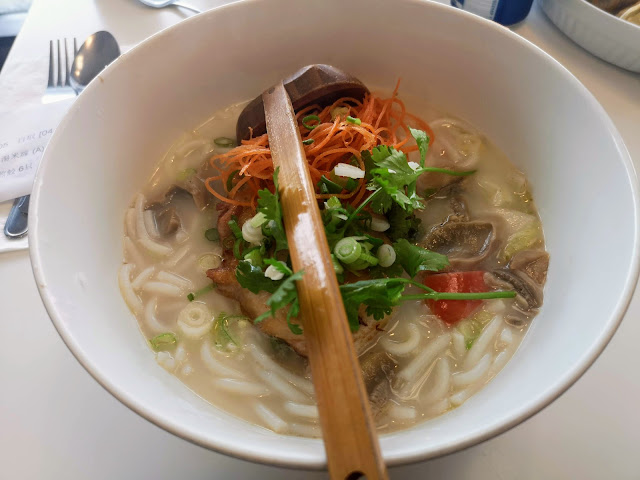 And here is the thing, the food was very good! I admit that I was prepared to be disappointed but everything we had was tasty and satisfying! Marie had a Fish Soup Noodle Set with Crispy Chicken and Pan Fried Pork Dumplings on the side. The noodles had some nice chew, there were lots of fresh vegetables and a generous very tender piece of chicken breast all in a very good broth. 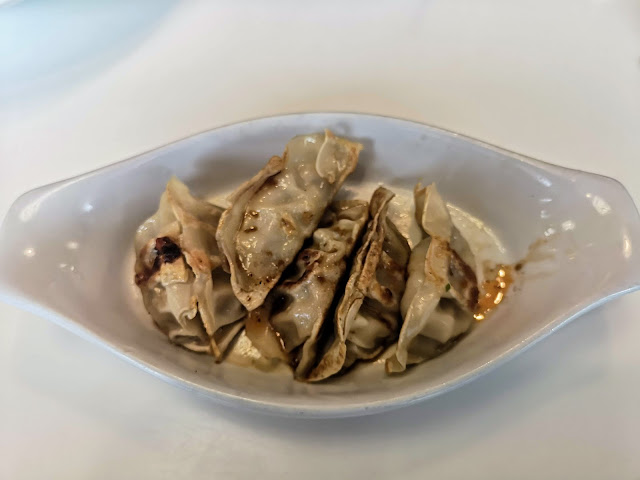 The dumplings were nicely seared, also had good texture and decent pork filling. You can't ask too much from add on dumplings but we were happy with these. 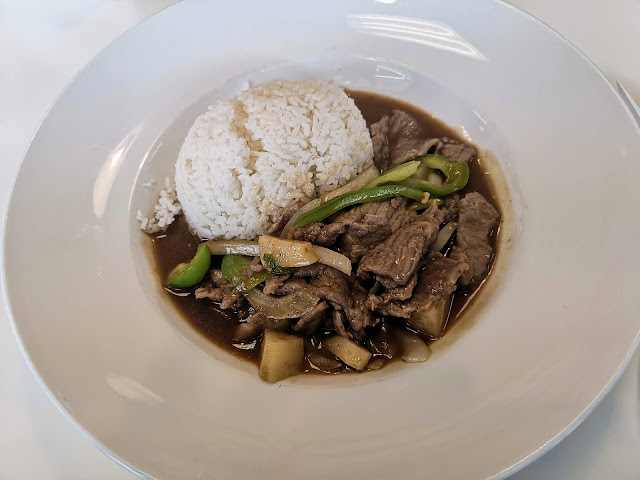 I had Satay Beef with Rice. Also a not too fancy but satisfying dish. Tender, slightly sweet with a few vegetables and rice to soak up the sauce. Each of our combos came with a drink and I was amazed to only pay $25 for the whole meal! So value for decent chow is the whole point here. You could probably order anything of the confusing menu and be happy. There is an eclectic (sort of faux eclectic, I assume) mix of tables and chairs and the folks were friendly enough. You can even buy Cafe Loyal T shirts! I'm impressed!

By Yes! We're Eating Vegan Again! at August 29, 2018
Email ThisBlogThis!Share to TwitterShare to FacebookShare to Pinterest