So I have been playing at Instagram for a couple of months now. I post mostly food pics and follow a bunch of foodies (well, OK. I follow "Puppies of Instagram" also. What kind of cold blooded monster would I be if I didn't?) My point was going to be that I am hugely influenced by the pictures of delicious food that I see and drag Marie all over the place in search of those taste treats. For example, on Canada Day, we ended up at Crab Park Chowdery in Gastown. 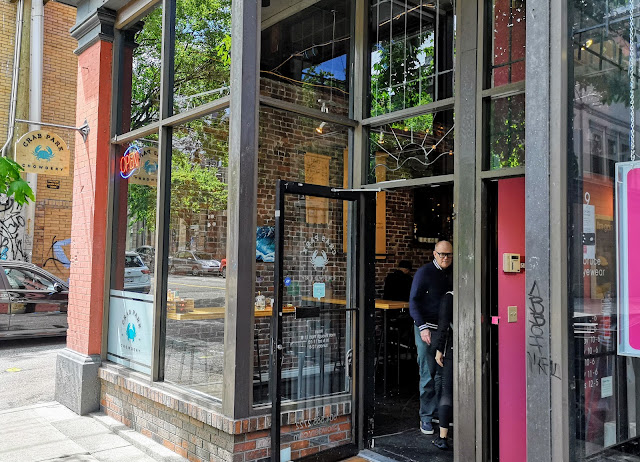 I love the Gastown historic brick walls thing and CPC was small and chic with a few tables although, I couldn't seem to keep myself comfortably seated on the stools. Emphasis is not on service here. The folks are friendly but didn't really give us any clues as to whether we should just sit where we wanted or whatever? It is pretty obvious that you order at the counter from the menu on the wall and your food gets delivered. To be fair, Wold Cup Soccer was on the TV and everyone seemed a little preoccupied with that! 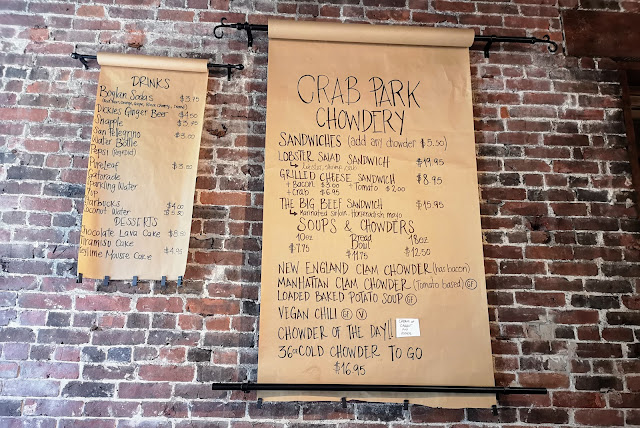 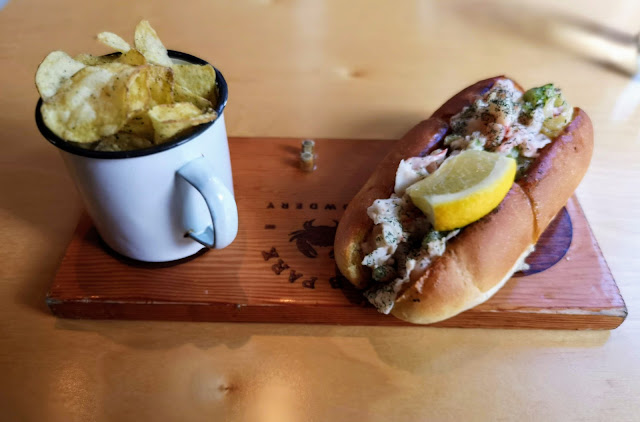 We splurged and got ourselves a Lobster Salad Sandwich at $20! It was reminiscent of east coast lobster rolls (where the lobsters live!) in that it was served on a hot dog bun and it was a tasty sandwich. There were some nice chunks of lobster but a fair bit of shrimp and imitation crab in the mix. Not sure how I feel about the imitation crab. Still, not bad. 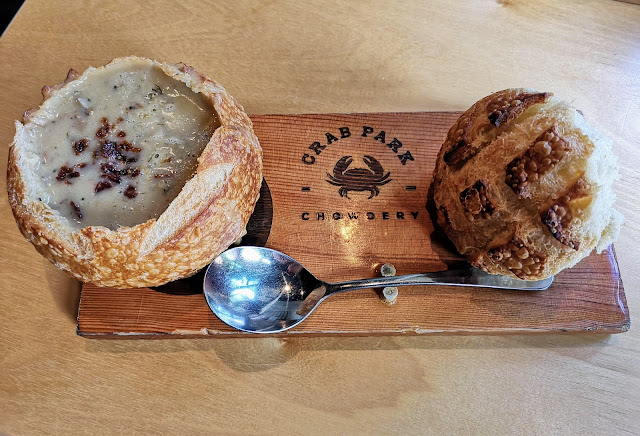 Well, we had to have New England Clam Chowder in a Bread Bowl. This time, we were transported to Fisherman's Wharf in San Francisco. This was some very good  chowder. There was a generous amount of clam and a nice amount of bacon and it was lovely and rich! Wonderful sourdough bread just makes the deal! 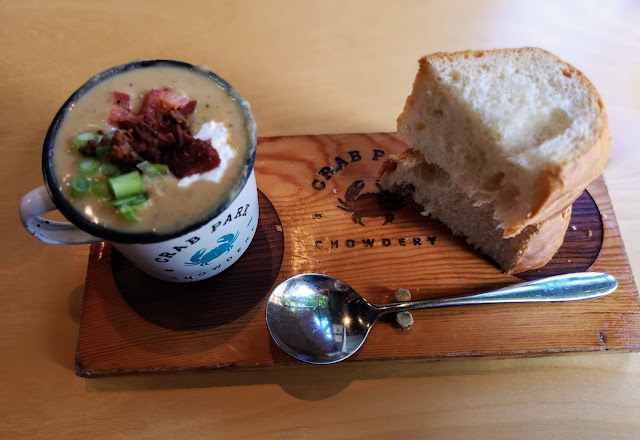 Finally, we tried their Loaded Baked Potato Soup. This could have been a little hotter. Still, it was loaded and very good. 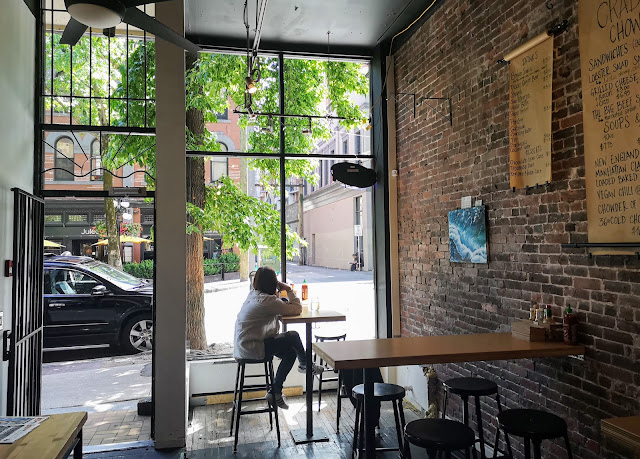 We enjoyed Crab Park Chowdery. I am not going to tell you it is cheap but you don't have to order the Lobster Sandwich. There are a couple of other good looking grilled cheese type sandwiches to be had.Being on Abbot instead of right on Water Street might make it less of a tourist zoo most of the time and that is a bonus. And stop worrying about gluten, unless your doctor has confirmed that you are gluten sensitive! It is not a healthy food fad no matter what your homeopath says. And stop visiting a homeopath also! Sorry, I got side tracked again! I would say give this place a try for some tasty chowder and a sandwich.

By Yes! We're Eating Vegan Again! at July 03, 2018
Email ThisBlogThis!Share to TwitterShare to FacebookShare to Pinterest