I have no idea why we so often end up eating in Whalley. I assure you that we don't go for the site seeing in the area but there do seem to be a few interesting, off the beaten path type places to eat. There are Caribbean, African, Mexican and other restaurants that have caught my eye and some have been pretty good! Not that Korean cuisine is off the beaten path but I have had my eye on Doni Korean Restaurant for a while. Marie and I got a craving for crisp, bottom of the stone bowl rice that could not be placated and so we made our way to Doni in the lovely Del Shopping Centre one dreary Sunday afternoon. BTW, I was excited to see that a large, presumably Asian grocery store will be opening there in the near future! 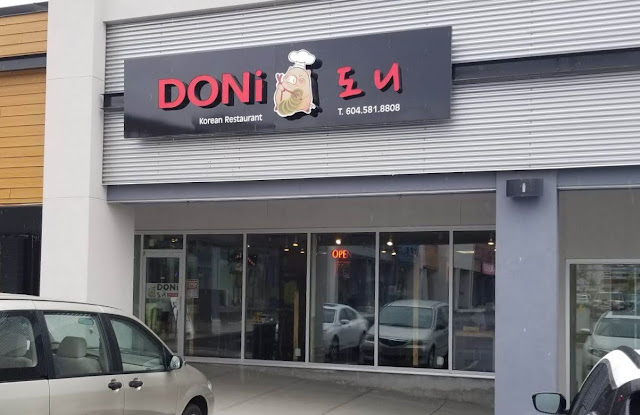 We arrived to find a near full house at 2ish in the afternoon but were quickly and comfortably seated. The crowd cleared out soon after (I don't think it was because of us!). Its a nice little friendly family run place with a couple of private rooms.

We ordered and waited in anticipation. Banchan arrived and it was not spectacular but the kimchi was very good. We enjoyed the potatoes also. 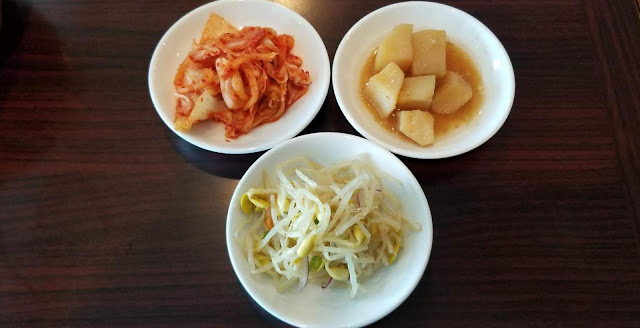 Soon the main event arrived. We had chosen  Beef Dolbap and it did indeed fulfil our crispy rice dreams. 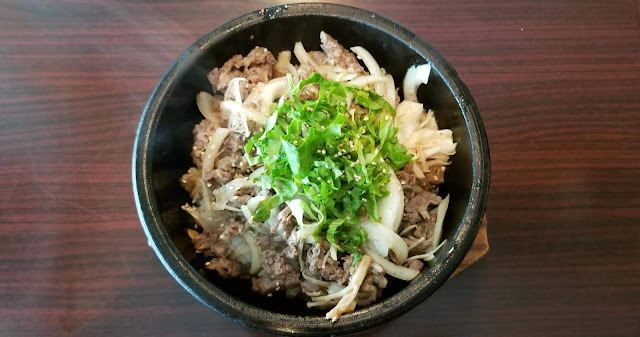 The marinated beef itself was very tasty and came with sliced onions but at the bottom of the bowl (we exercised some patience by allowing more time for the hot stone bowl to work its magic) was that wonderful crunchy stuff! Sometimes it is the simplest things that make us the happiest! 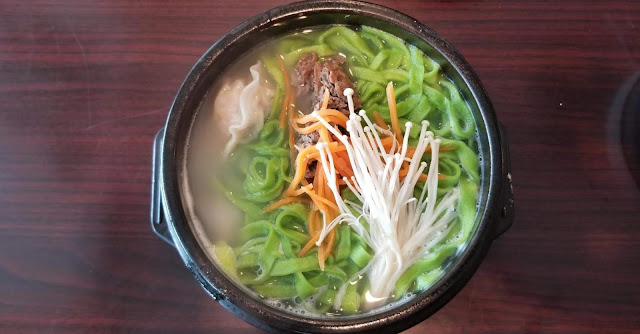 We also ordered Homemade Spinach Noodle and Pork Dumpling Soup. Doni has a couple of freezers with assorted bags of frozen dumplings and folks came in and purchased some as we were dining. I am not surprised as the pork dumplings here were very good. They were sort of large Capelletti style (I obviously don't know the Korean name for them) with nicely seasoned pork. The noodles, made in house, also had nice texture and were all in a light flavorful broth! 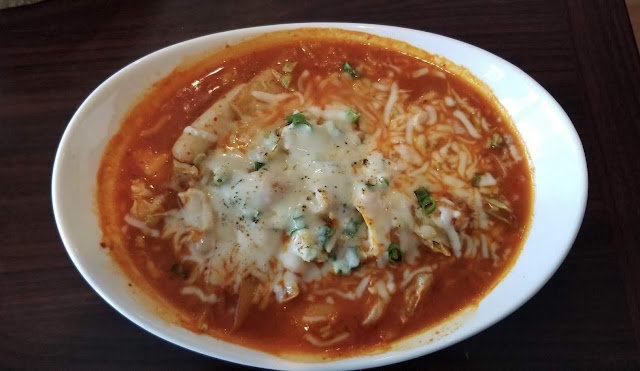 I need to remember that when it says spicy on a Korean menu, they are not joking around. Of course, I would not have ordered any differently as Spicy Rice Cake with Cheese was amazing (I might have brought a towel).  In addition to rice cake, there was fish cake, green onion, spicy tomato sauce and a lot of cheese all in each delightful mouthful. Being impressed so far, there is a lot more on the menu that we need to try. We like Doni Korean Restaurant a lot and recommend it highly.

By Yes! We're Eating Again! at June 05, 2018
Email ThisBlogThis!Share to TwitterShare to FacebookShare to Pinterest