On May 5, 1862, a poorly equipped Mexican army, some of the 4000 soldiers being armed with farm implements, defeated a well equipped 8,000 soldier French army at the battle of Puebla. It is this battle that is commemorated by the celebration of Cinco de Mayo (not Mexican independence as some have the impression). The lesser known part of the story is that the French returned, not long after, 30,000 soldiers strong and reversed the defeat. Still, everyone loves an underdog victory story. That is why Cinco de Mayo is celebrated throughout North America, and Mexican food is the centre of it for most of us. And it is no coincidence that Vanfoodster's Taco Challenge runs from May 3 to 27 to coincide with the celebration. So off we went to sample tacos! 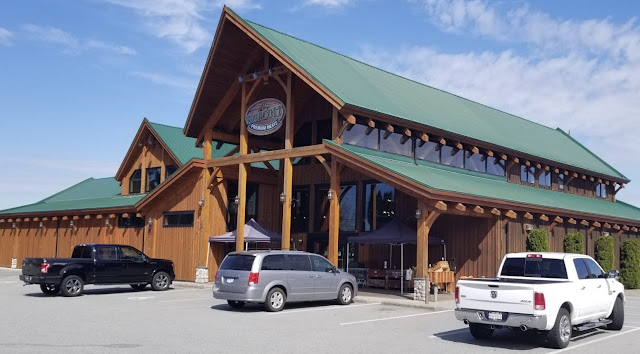 Our first stop was at Hopcott Meats in Pitt Meadows This is a very nice, newish store that boasts an in store butcher shop and excellent meats and sausages. They also have fresh veges, baked items and other goodies including a bistro.

Their offering for the challenge is the Yeehaw Taco. It consists of ancho chile marinated shredded chicken, black bean and corn salsa, cilantro crema and pickled onions on whole wheat tortilla. 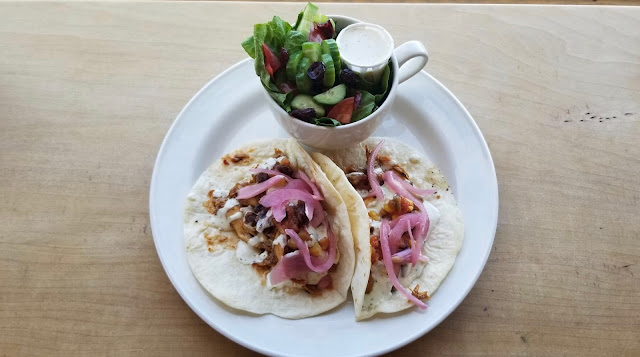 And we found it to be quite tasty! The chicken was well infused with the ancho flavour and the crema was well concocted. It was nicely messy to eat! I was prepared to object to the wheat tortillas (I would always choose corn) but they were slightly seared or toasted which worked well. It came with a lovely butter lettuce side salad with dried cranberries. Very nice!
From there we headed for Maizal on Main Street, carefully avoiding downtown and the marathon congestion. We loved this place and Rodrigo and Nana, the husband and wife team that opened Maizal just over a year ago.

He is originally from Mexico City and she is Japanese. What a perfect opportunity for fusion cuisine! So their offering is Ebi Chamoi.

Two large tempura prawns, mango salsa, Umeboshi (Japanese pickled plums) glaze on a hibiscus infused tortilla. It was beautiful (I almost couldn't bring myself to mess it up by eating it) and delicious. We have sweet, spicy and crispy all in one ! We also tried a couple of other offerings starting with Plantain and Potato Flautas. 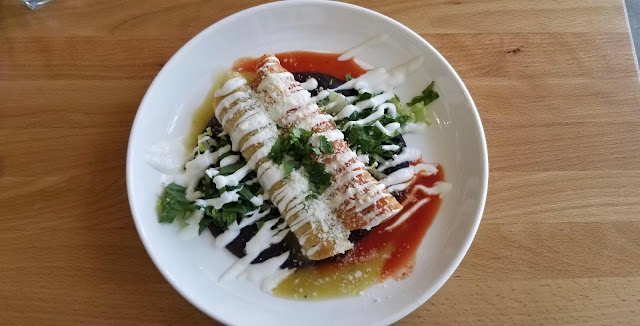 This was another carefully crafted dish. Two flautas served over black beans and two salsas, and garnished with crema and cilantro. Wonderful! We also had a taco with the protein of the day which was lengua (beef tongue...do not be afraid!). This was another tasty offering but I committed the ultimate food blogger sin and tucked in before taking a picture! How amateur! 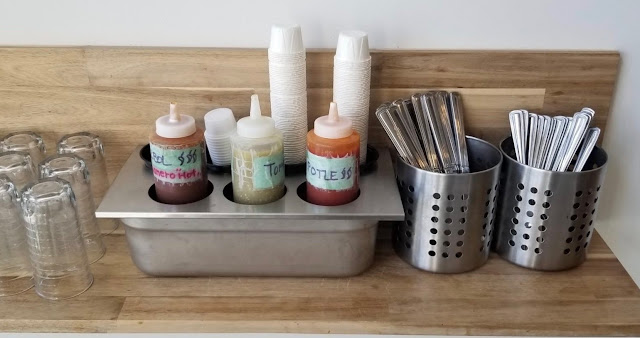 Each of the tables has a nice little selection of hot sauces and there were fresh house made salsas on a side board. And before I forget, can you say house made tortillas ?  It was nice to talk to Rodrigo about his food and plans. This couple has some enthusiasm for their place and we wish them continued success!
I notice that I have used a lot of exclamation points in this post! That must mean something.
Stay tuned for part two of our taco challenge adventure.

By Yes! We're Eating Vegan Again! at May 08, 2018
Email ThisBlogThis!Share to TwitterShare to FacebookShare to Pinterest