Before you start searching frantically through Yelp and Zomato looking for Bert's, this is not a restaurant review but Friday afternoon at Bert's Electric, where we come for the electrical business but stay for the food! 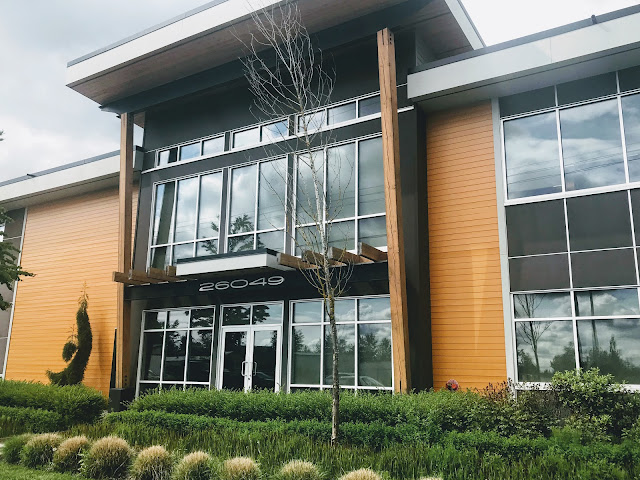 Pitmaster (and Bert's 's project manager ) Tony arrived, applied his top secret dry rub (I asked but didn't want him to be obliged to kill me), trussed and had pork shoulder roasts in the smoker at 5:30 am. They would get 9 hours of low and slow with the smoke being provided by hickory wood pellets. 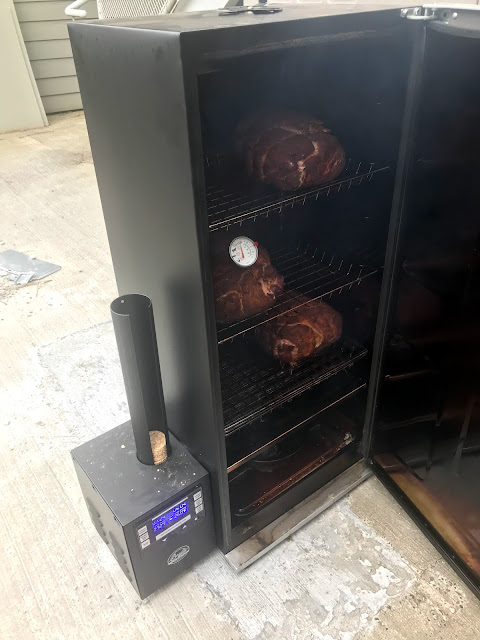 By early afternoon, there was no one at the shop unaware that someone was smoking something. 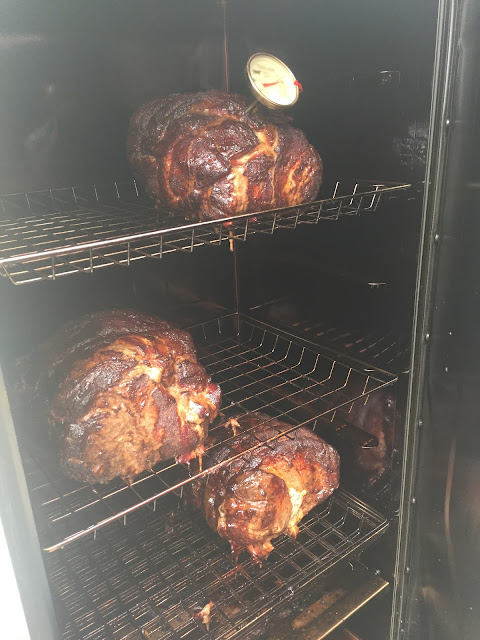 Tony would have liked a few hours more but what are you gonna do? A couple of hours wrapped in tin foil was just the trick to get the meat finished by the time the hoards of hungry electricians began to arrive. Perhaps the most difficult step in the process was warding off would be samplers such as myself (chief estimator and food blogger) while the meat rested after being removed from the smoker! The result was tender pork with a distinctive smoke ring and an outer bark that made me weak in the knees! 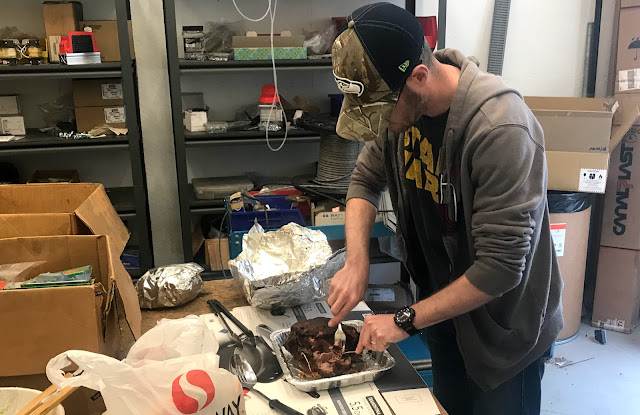 I am assured that no food code violations were committed despite the fact that the back storage room that served as a prep area is not exactly a surgical theatre. As you can see, I suck at staging photos but you get the idea. 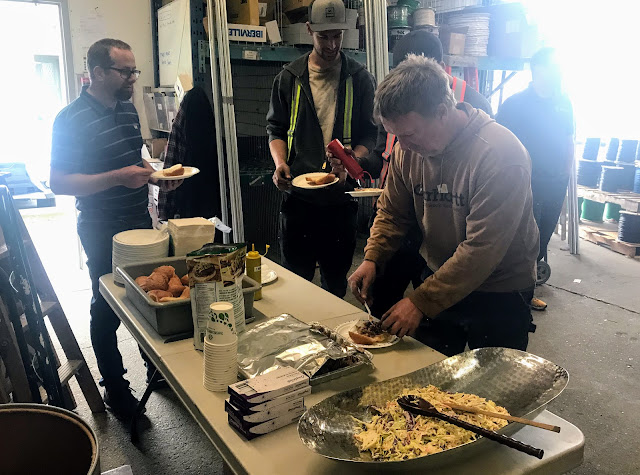 Soon they began to arrive and had their choice of Tony's home made tomato based or Carolina (mustard based) barbeque sauces. 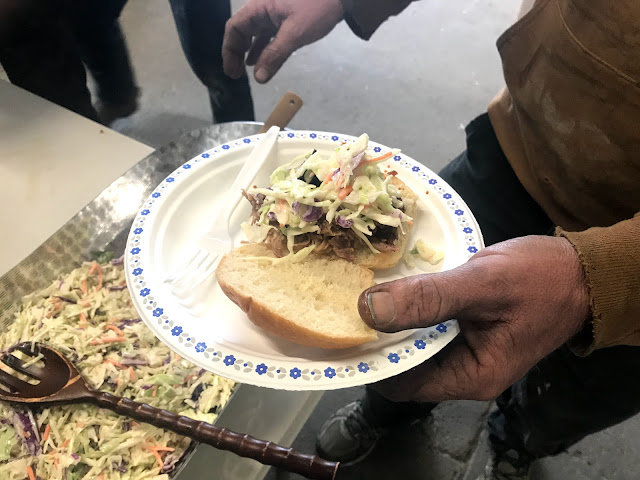 Puled pork on a bun with sauce, slaw and jalepon chips! Not a bad way to start the weekend! Thanks Tony and Bert's from all of us!
By Yes! We're Eating Again! at May 12, 2018
Email ThisBlogThis!Share to TwitterShare to FacebookShare to Pinterest