Our travel from Sechelt to Powell River on Tuesday was punctuated by a stop in the lovely community of Madeira Park (and a long wait at the ferry terminal later). After a slow cruise along the winding community roads with views of the harbor from many angles we ended up at the Madeira Park Wharf. 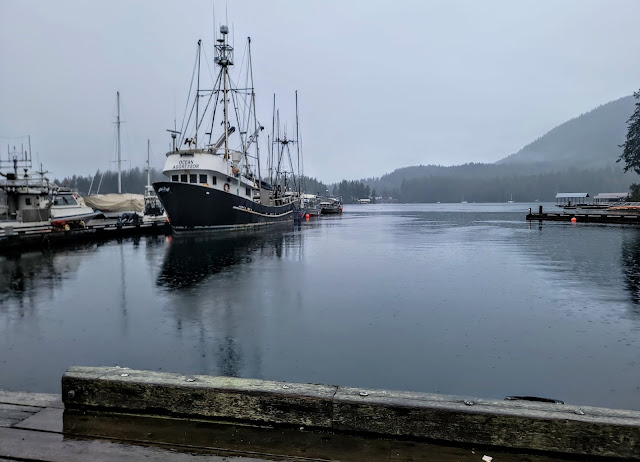 It was not a sunny day but again compared to last week's snow and ice, we were content. We ended up waiting about 90 minutes for the Earl's Bay to Saltery Cove ferry due to a failure to check schedules but we were not in a huge rush! We arrived in Powell River in the early pm and were totally impressed with the clean little seemingly well organized town that we found with well kept houses and beautiful lawns. 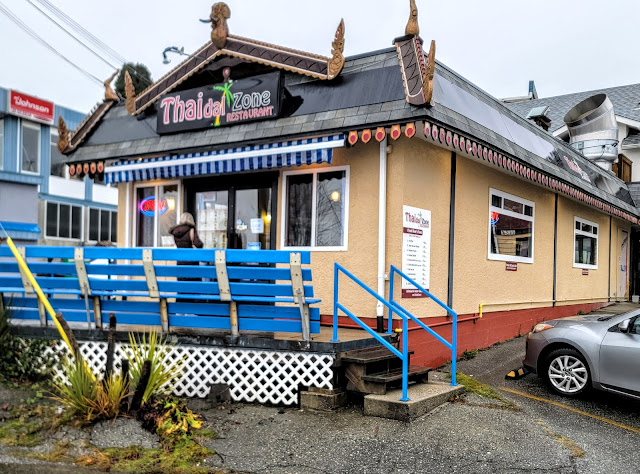 Again, it was a little challenging to find a plant based meal but not because it was Boxing Day and things were closed. There just seems to be a little less available in Powell River. We did find Thaidal Zone (within a stones throw of the ferry terminal) which offered quite a few vegan friendly dishes. 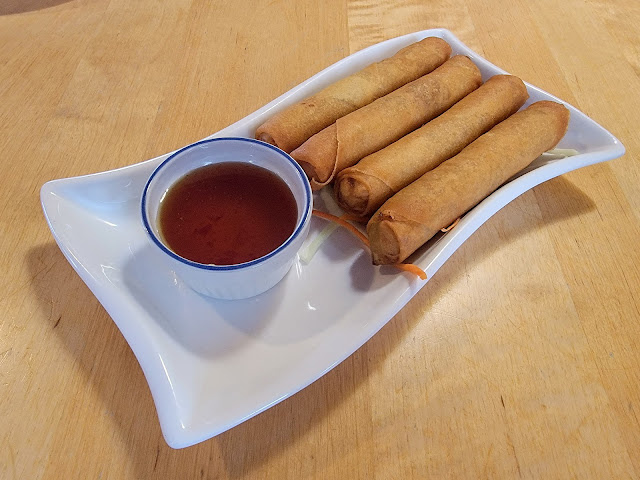 We started with some Spring Rolls. They came very hot and crispy and with a spicy Thai chili sauce which shouldn't surprise anyone. They were very tasty! 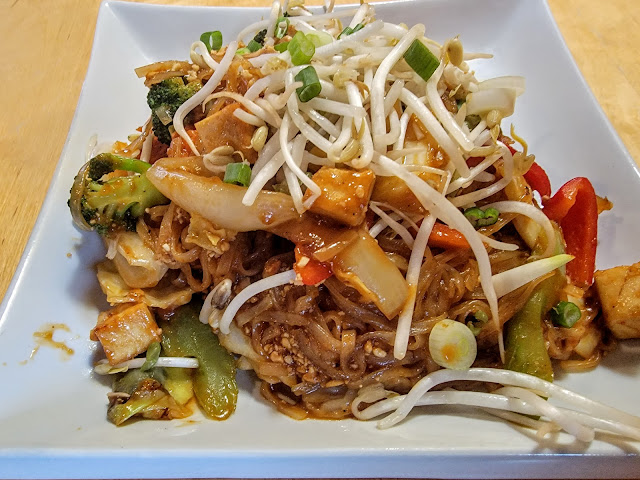 We ordered Vegetarian Pad Thai after confirming that it was, in fact, vegan. A little heat (could have had more) but very tasty with rich tamarind sauce flavoring the noodles. Some nicely crisp vegetables rounded out the dish and we were happy. 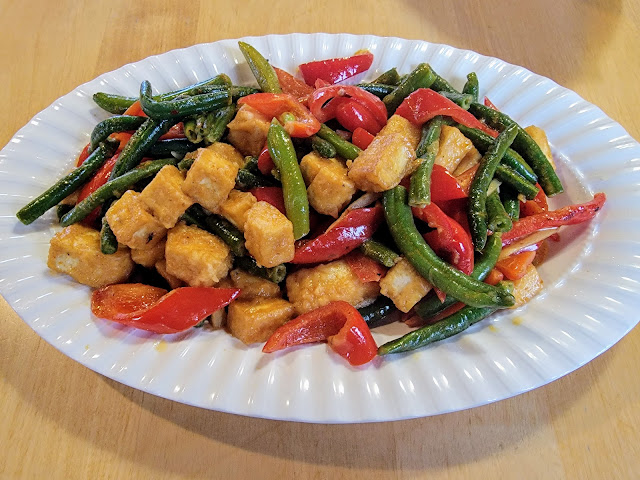 I can't read or enlarge the web site menu but to the best of my recollection this was the unfortunately named Prik King Tofu. Green Beans, peppers and tofu in a coconut curry sauce. We ordered some steamed rice (you've seen that before) and were so satisfied with out meal that we took home a couple of containers of left overs. 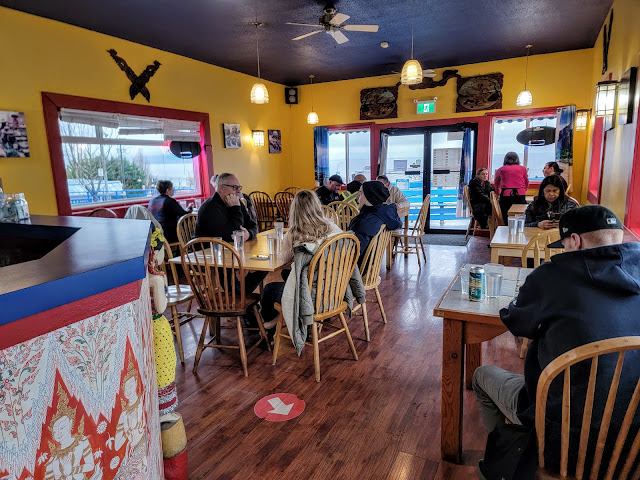 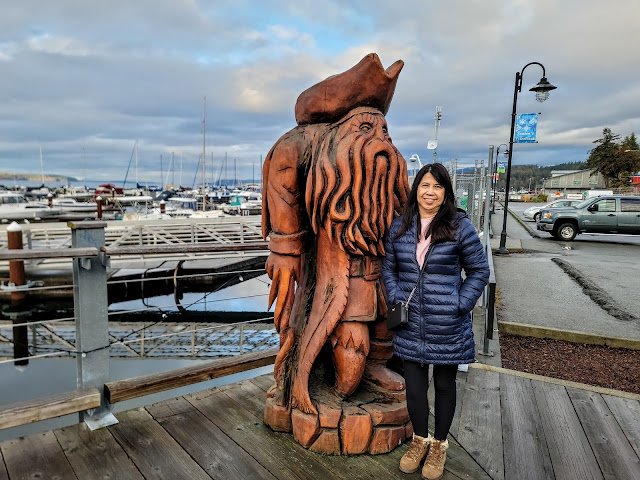 On Marine Avenue, just nearby, we found (OK. I knew about it), Base Camp Coffee which had quite a bit to offer the hungry vegan. 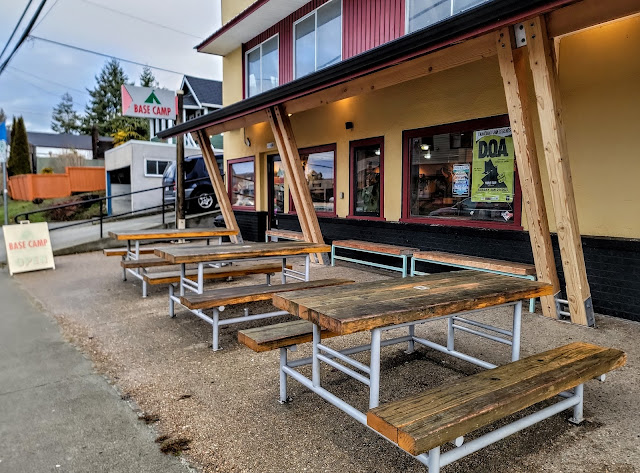 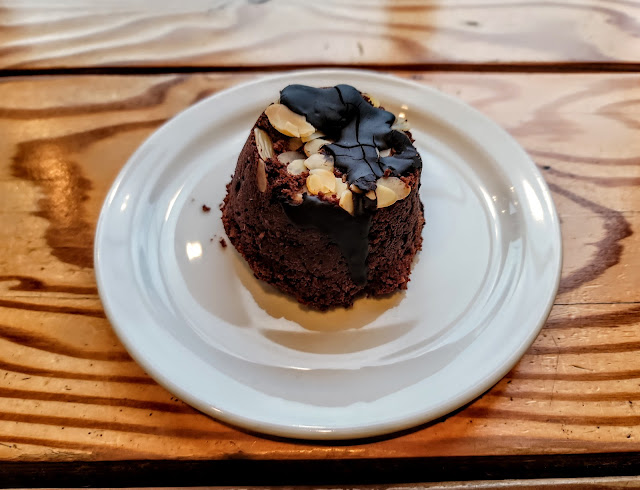 This was a very rich brownie type thing but they had me at garbanzo beans! Yes, main ingredient is chick peas which somehow rendered it rich and chocolatey and delicious! Don't worry. It does not taste anything like hummus. 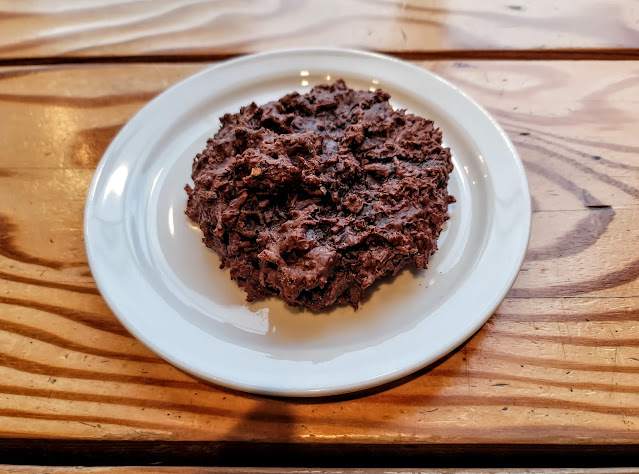 And another wonderful coconut, chocolate macaroon kind of thing. Someone is going to get fat this week! 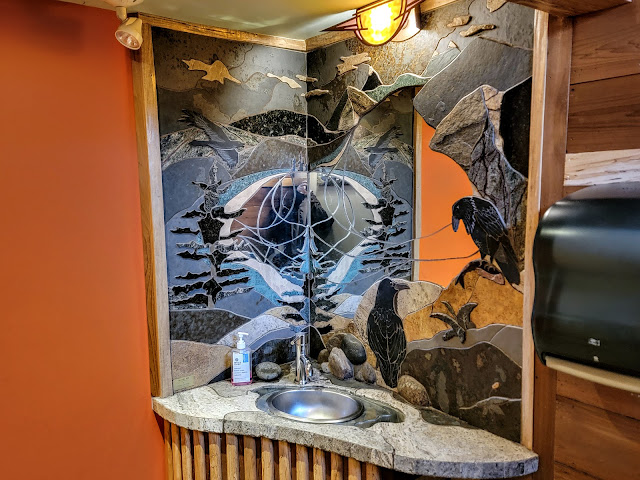 I don't post a lot of bathroom pictures but you have to love this! 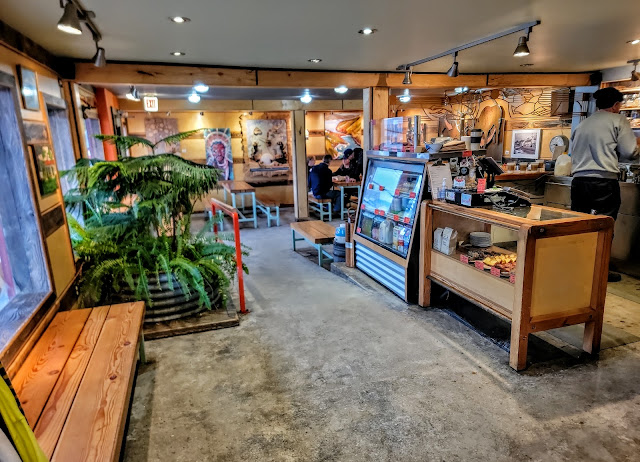