We first met Momo Joy at the Dumpling Festival in Coquitlam where they were the only plant based vendor. We were not stunned by their product at the time which, due to the limited set up, were simply steamed and served with a bit of sauce, but we appreciated their potential. 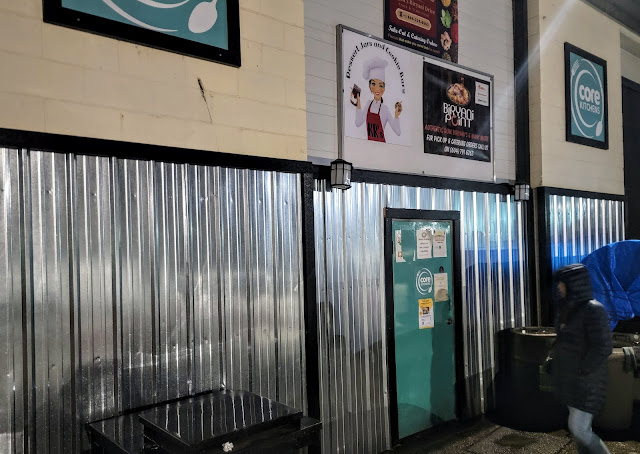 Now they are set up at Core Kitchen in Langley where we have found some other tasty food vendors in the past. It is not a luxurious location as you can see from the photo above but I think more people order delivery than takeout as we did. 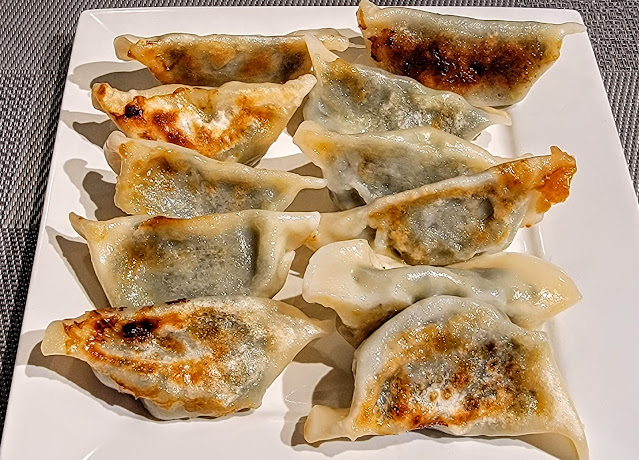 Of course, momo are the main event at Momo Joy! They have several different kinds and we chose the Green Dumplings with spinach, onion and vegan cheese. Momo tend to be more hearty than the delicate Chinese style dumplings that we are used to but these slightly chewy dumplings are great when they have a nice sear on them. 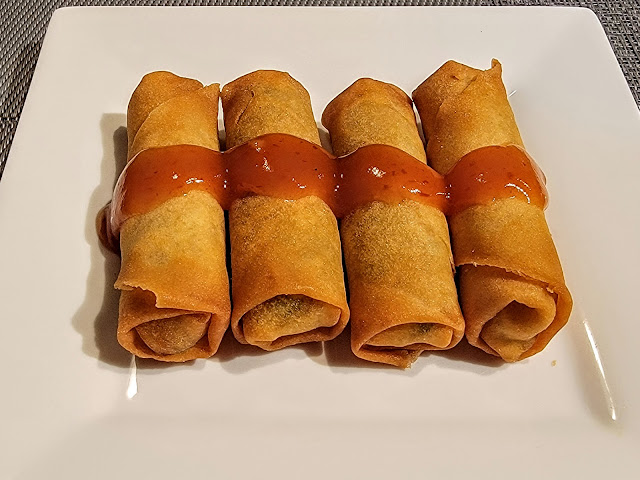 The nice thing is that MJ now have several other items on their menu beyond the dumplings including sides such as fried rice or noodles, which makes them more of a one stop shopping outlet. We decided to start with some spring rolls which were crispy and tasty. 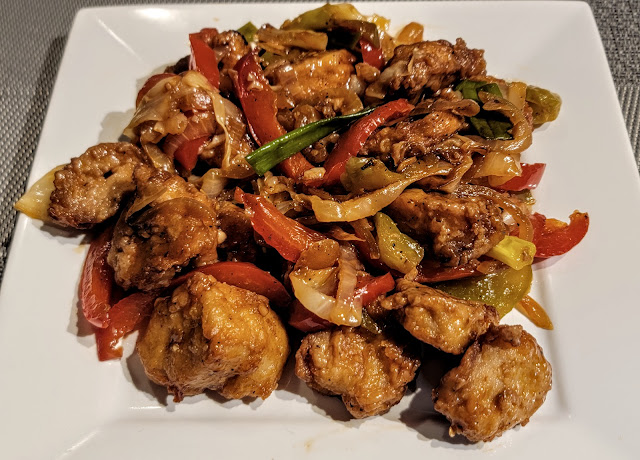 We also ordered some Manchurian Soy Balls which were also pretty good. We were recently introduced to Soya Chaap an ingredient used in Indian Cooking and we think that's is what this is. The Manchurian sauce is never as exotic as it sounds to me. Its not spicy or anything but it is a good all round flavour and we actually made some rice to go with it. With a decent "meaty" texture, we liked this. 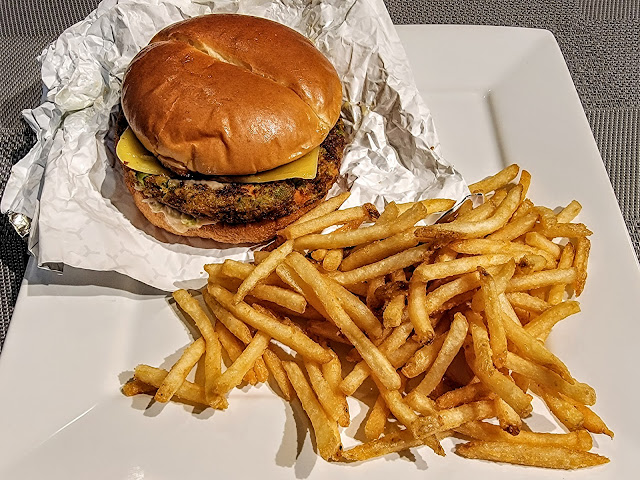 Finally, and somewhat surprisingly, they have a couple of burgers on their menu. This one was the Veg Burger which featured an Indian style of potato and pea patty that we have tried before. We like it as it pairs a softer than meat almost mashed potato feel with the usual burger ingredients of vegan cheese, pickle, tomato etc., with a pretty good bun. It's a good and interesting alternative to the usual cruelty laden thing that you might get at a fast food joint. The fries are the one thing that we take issue with. They were not very good.
Overall, we were pretty content with our order from Momo Joy. They provide a good delivery/take out option for vegan food in Langley. I always enjoy when I can order anything off the menu without quizzing people about the ingredients!
Food                     3 1/2 out of 5
Vegan Options      5 out of 5
Comfort                NA
Service                 4 out of 5 (on time)
Value                    4 out of 5
By Yes! We're Eating Vegan Again! at January 22, 2023
Email ThisBlogThis!Share to TwitterShare to FacebookShare to Pinterest