Quite by accident, we are participating in Vanfoodster's Pizza Crawl! While checking out the pizza lineup for the crawl, I noticed that one, and one only, participant was featuring a vegetarian (with vegan option) pie. 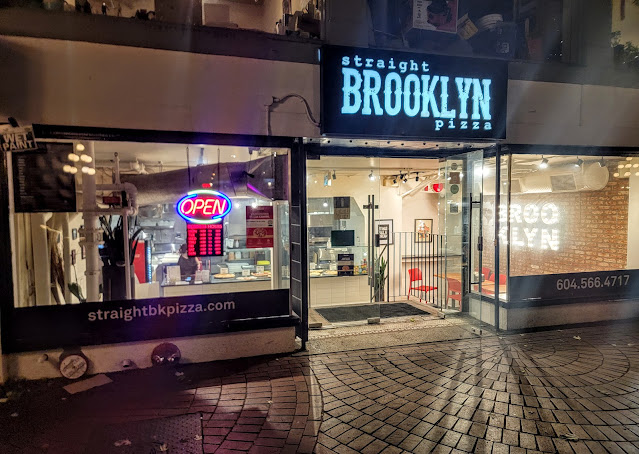 So, we ordered 2 pizzas to be picked up at 5:15 p.m. (timing was everything as we were between one Saturday activity and another) which were ready to the minute! I have to mention, that their website, email address, storefront and pizza boxes all say, "Straight Brooklyn Pizza" while the Kingsway location (and maybe others), Yelp, and Vanfoodster, all call it "Straight Outta Brooklyn." Whatever...I'm not gonna get all pedantic about it. 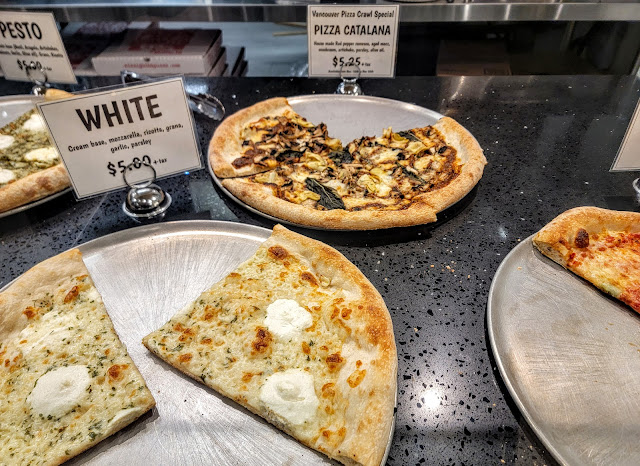 They have a good selection of pizza by the slice (a quarter of a pie for $5 or $6) but the vegan pies need to be ordered whole (ours were $22 each). 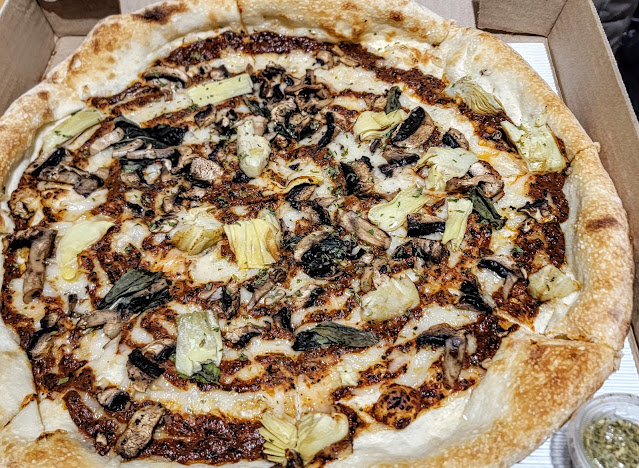 We ordered the featured pizza for Vanfoodster's Pizza Crawl, the Catalana, which is described as vegetarian with a vegan option (i.e., Mozzarella vs. cashew Mozzarella). The Romesco was brilliant, followed by artichoke hearts, mushrooms, onions and parsley. This was a great pizza. The thin New York (Brooklyn, I guess) style crust was amazing. Light leoparding (I borrowed that term from Sherman's Food Adventures! So cool!) and a wonderful chew, is the essence of a New York style crust. 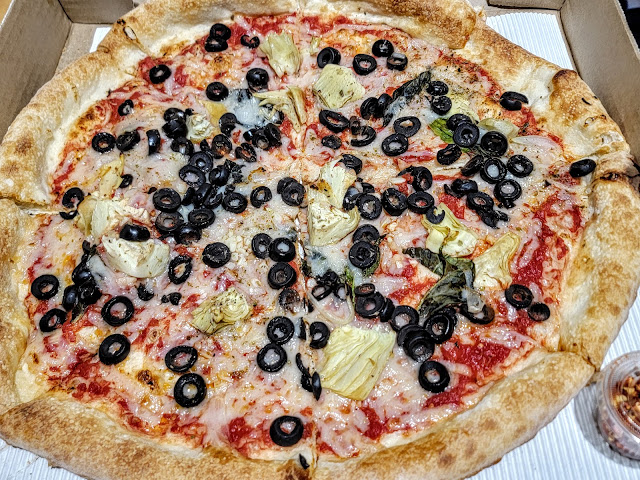 The other pizza that we ordered is just called, The Vegan. I learned tonight that it is not just my wife, but all Filipinos that don't care for olives.... oh well, all the more for me! The cashew Mozzarella on these things is quite good. It was smooth and cheesy unlike my poor attempts at home (I still like the stuff I make). Another fine cruelty-free pie. You can build your own or probably substitute on any of their vegetarian pizzas. 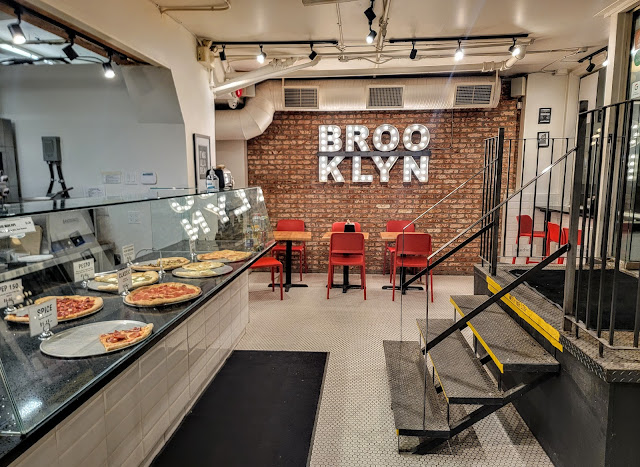