OK, so it's a little hard to get there but not impossible. The address, on River Road, is not to be confused with River Parkway. Start at Cambie and River Road and drive west right to the cul-de-sac. Be aware that 7080 is a big u-shaped complex that wraps around 7100 River Road, so that is confusing. Then Wasuta Pasta is upstairs in a building where you would not expect to find a restaurant. Once you get there after all that, you are in for a treat as this is Italian - Japanese cuisine, a fusion made in heaven. 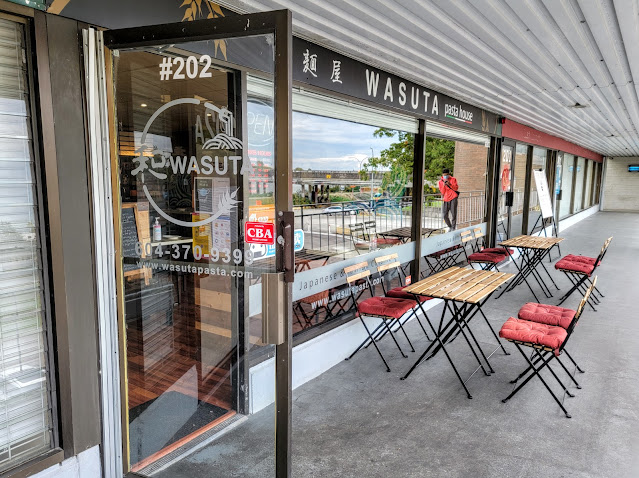 We arrived early and had a reservation also but this was not a bad idea. By the time we finished our meal, the place was full. 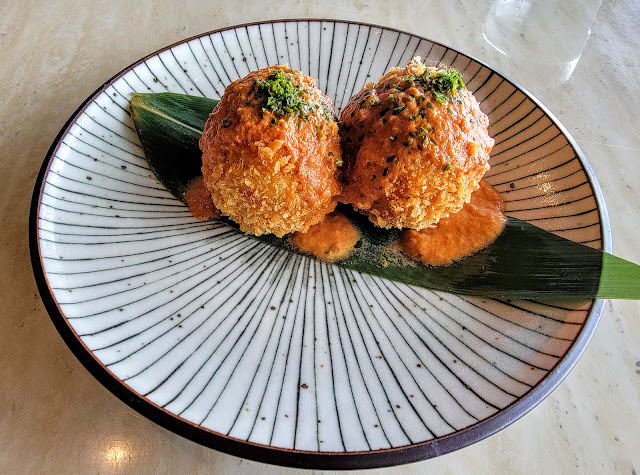 We started with a Crab Cream Croquette. These were creamy things which I assume were mashed potato-based with a sprinkling of crab enough to bring up memories of the sea (not full of big chunks). The texture was delightful and I would order them again. They were finished with a light tomatoe sauce. 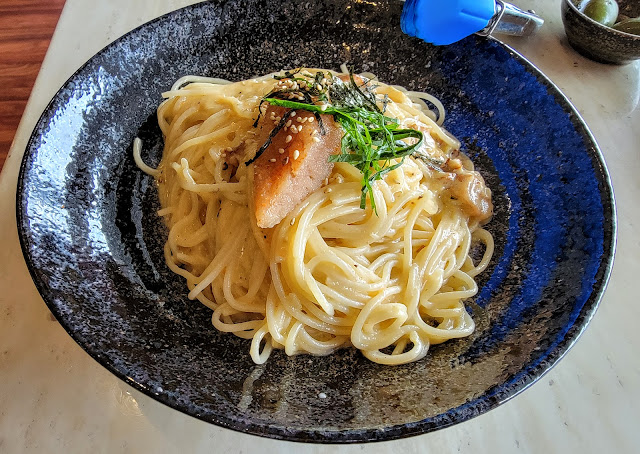 We ordered the Spaghetti Mentaiko Carbonara. We had enjoyed this (or at least the mentaiko part) at SPAGHeTEI on Robson (yes, that's how it was spelled) many years ago. Mentaiko is spicy cod roe and provides the egg part of carbonara. The roe itself was amazing being just a bit salty and did I imagine smokey? The pasta itself is housemade daily in the best Italian restaurant tradition! The pasta here was a big deal! 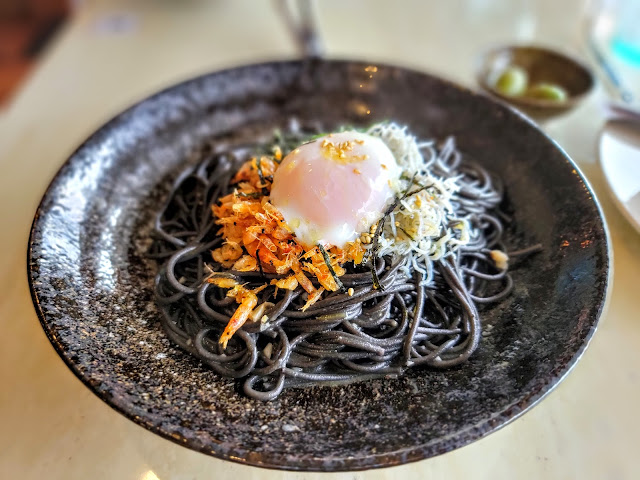 I was going to order the pasta with uni but our server advised us that this was also a cream-based sauce and somewhat similar. We took the cue and ordered off of their daily specials menu (longer than the regular menu). We tried Sakura Shrimp and Shirasu Spaghetti. We opted for the squid ink pasta because, why not? I don't think the taste is appreciably different but it looks cool! 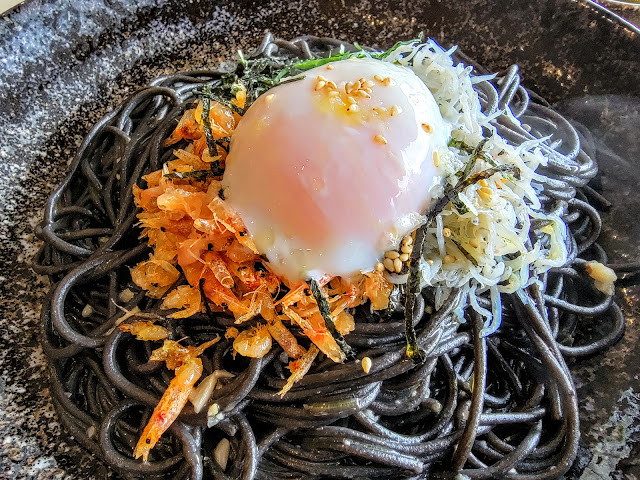 The tiny shrimp were oceany and salty and very seafood forward while the wee whitefish (shirasu) were a milder flavour but the whole thing thrived together. Add a perfectly poached egg and any food person will be in heaven. 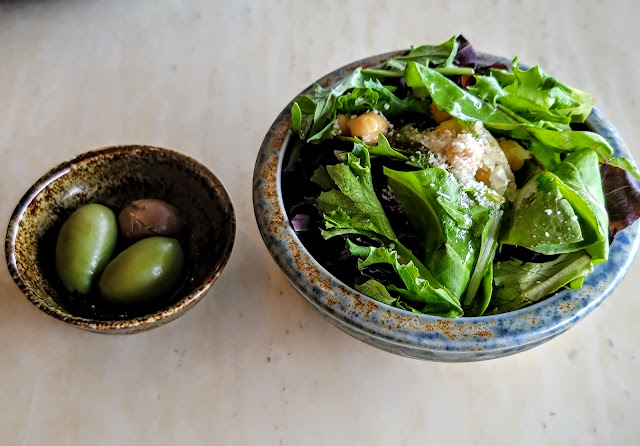 Each entree came with a salad (including garbanzos) and a selection of olives. I got them all as Mharie is not a big olive fan (a foodie in training really). 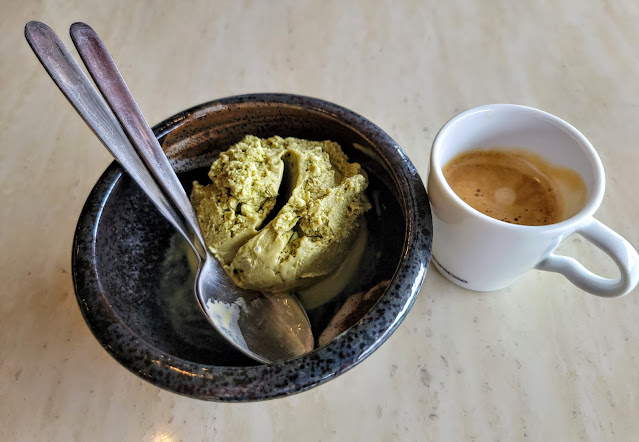 Finally  Affagato with Matcha Ice Cream for dessert. Like an idiot, I pounded the expresso which I was supposed to pour over the ice cream! Still very nice! 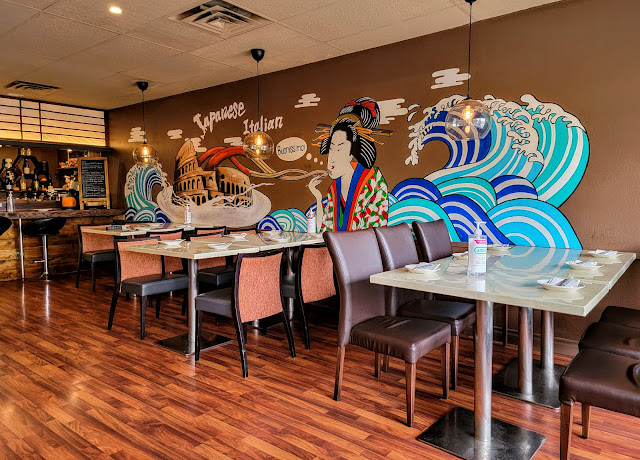