Unlike the Best Banh Mi Challenge, we did not get to try all of the Best Chicken Wing Challenge entries in one day. We had to devise a more measured and strategic approach. Our first taste of challenge wings was at Peri Peri Shack at Kingsway at Fraser. 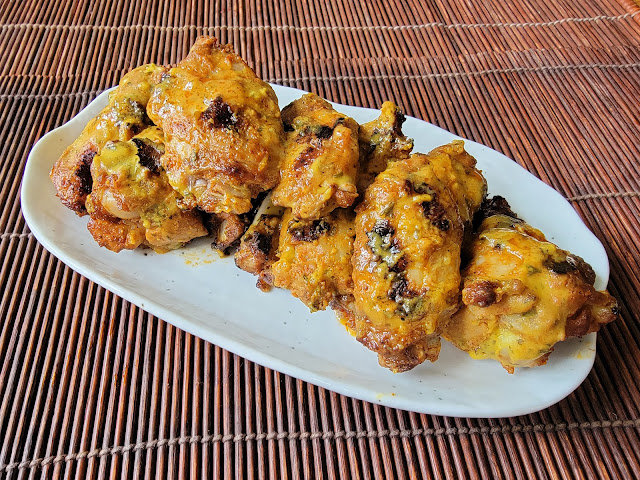 They do flame-grilled chicken here and we chose their Mango flavour which was really quite good. They serve it with their hot sauce on the side so you are able to turn this into a painful experience if you like. The grilled and not fried chicken is not crispy obviously but it was nicely moist and tasty. I'll be doing a full post on The Peri Peri Shack Shortly. 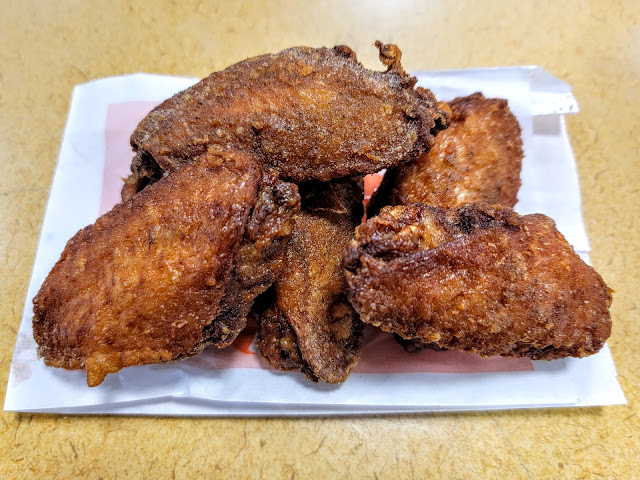 To our thinking, J and G Fried Chicken cranks out some of the best fried chicken that Metro Vancouver has to offer. Their Specialty Hot Wings for this challenge are no exception. I would have sworn that Five Spice powder is at the base of the flavouring but it is actually fennel! Their signature brined and fried chicken was made even better by this unique flavouring. The owner (who actually remembered me from a previous Vanfoodster event!) gave us a sample of their Squid Ink Fish Cakes (not on the menu yet!). I know they resemble wrinkled dates and I don't think that there is any way to make them look pretty but they were really quite tasty! 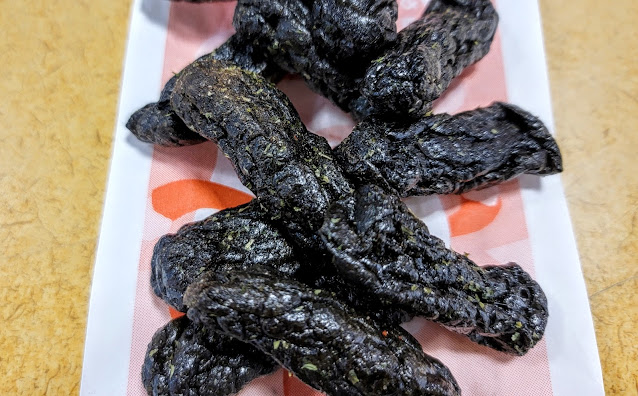 Our plan was to go from Crystal Mall to Hi-Five on Kingsway in Burnaby to try their Flying Heaven Wings. Alas, though the restaurant was papered with the Best Chicken Wing Challenge invitations, they at first told us that we were at the wrong location. When we brought up Vanfoodster's website to show that we were at the right place, they then told us that they were starting tomorrow! So the challenge started June 10 but they were starting on June 28! You can't win any challenges with that strategy!
So we pressed on to Win-Win Chicken 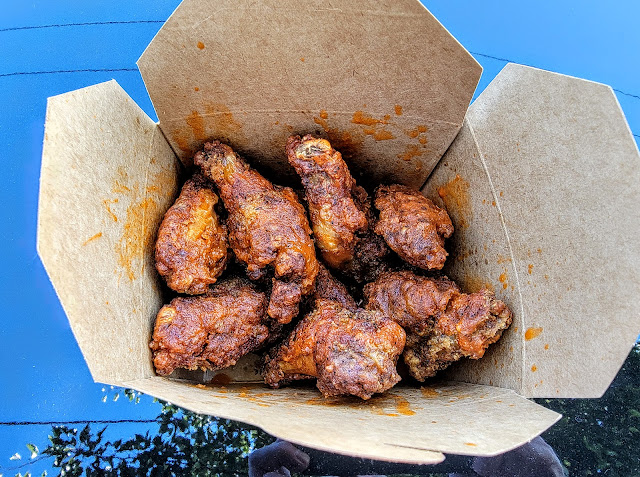 Also in our minds, one of the top 2 or 3 purveyors of the deep-fried bird in Vancouver, Their Spicy Wings were a little bit spicy, just enough that we built up a warm mouth glow after 2 or 3 (not enough burn to cause pain). If I had to guess, I would say that their secret ingredient is Frank's Red Hot sauce. Their wings are lightly battered which holds some sauce that we liked. Again, their product is brined before frying. They are all making it hard for us to chose a winner but we still have to visit Food By Fanta! Stay tuned!
By Yes! We're Eating Again! at July 01, 2021
Email ThisBlogThis!Share to TwitterShare to FacebookShare to Pinterest