It's been a busy month (got married and all) but for the sake of the taco-consuming public, we have found the time to make it all the way around the Vanfoodster's Best Taco Challenge and give our passionate if inexpert opinions! Of course, it was made easier by one since Hugos didn't seem to follow through with submitting an entry and also never called us back (hint: if you have a telephone number at least return messages). So I drove in the torrential rains of Thursday afternoon to Brewery Row in Port Moody and Lucha Libre's home for the day in front of The Bakery Brewing (which looks like a pretty cool place to try for another time). 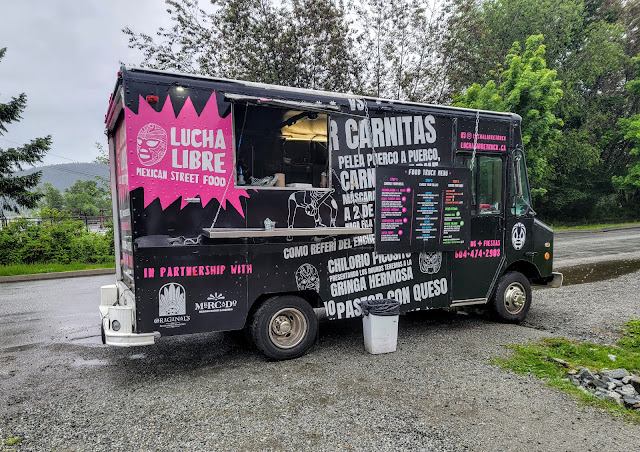 My intention was to get a couple of the Chilorio Especial challenge entry tacos as well as a few other menu items (at least half of which I took home to Mharie). A slight language barrier almost marred my plans but perseverance ruled the day. 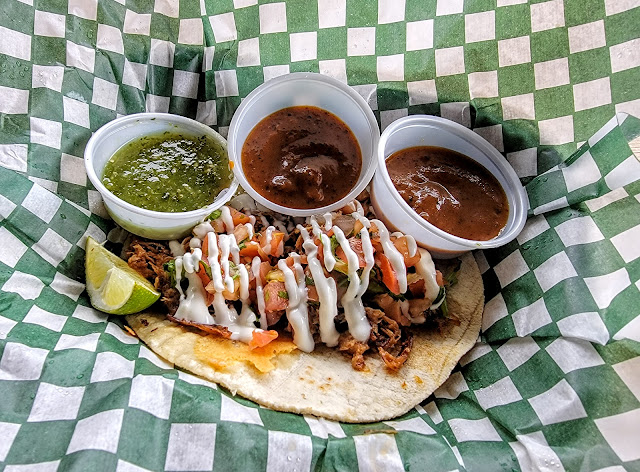 I started with Mascara Sagrada which is a 6-inch corn tortilla and a bed of cheese. I chose baked-fried brisket as my protein to which my taco meister added pico and crema for a big and great first impression. The side salsas were all spectacular, one of which was a dark dried chili affair and was decently spicy. It left me with that spicy food warm glow. 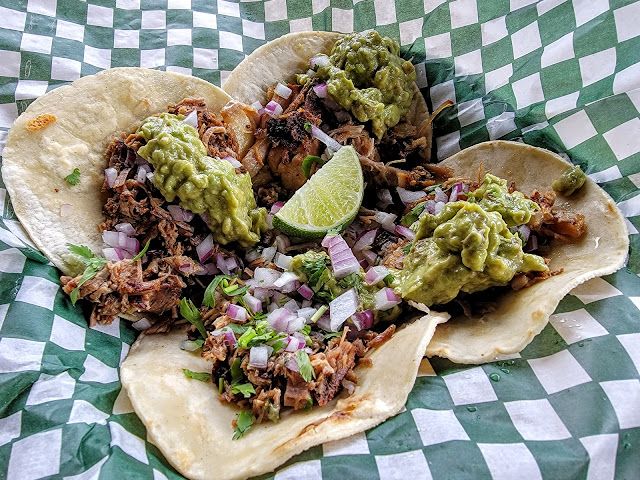 Next up was a 4-pack of tacos. I left the choice of proteins to my host and he mixed it up (carnitas, chicken tinga, and beef were all in there somewhere). I had him add a side of impressive guac to the whole thing and again, was delighted with the results. They are not cheap with the meats and the simple scattering on onion and cilantro makes these things simple but satisfying. 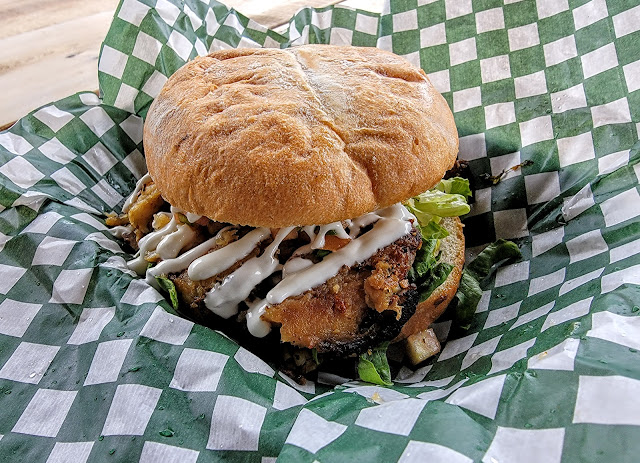 You can get a bowl or something akin to a burrito here but I chose the Sandwichero Asesino with Vera Cruz style basa which turned out to be an inspired choice. Don't miss the fish here. First, there was a lot of it and second, it was deliciously garlicky and just firm enough to stand up to a sandwich. A very decent soft but not too soft bun formed the base with some cheese, pico, lettuce, and crema all as contributors to a great sandwich. And again, the fish! 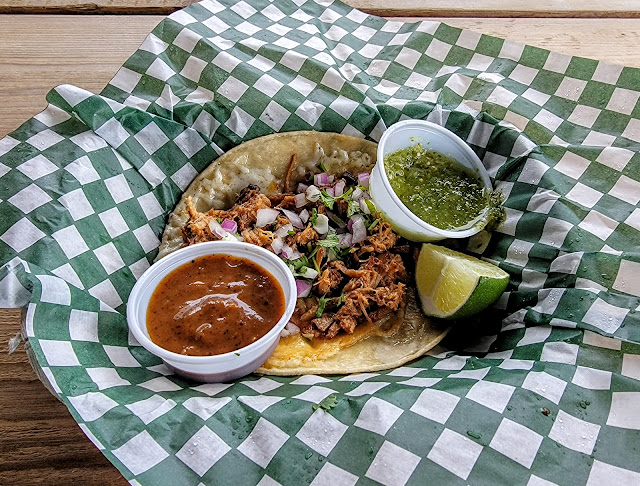 I realized the language barrier when I didn't get my Chilorio Especial! The challenge entry taco is not a regular item and the man at the grill (and taking orders) was not familiar with it. Between Google Translate, Vanfoodster's website, and a phone call to his manager, I and my new friend, figured it out! I also realized that the big long story that I had told him earlier was completely for my own sake! The Especial is slow-roasted pulled pork with more of the impressive dark salsa and some cheese. Pretty impressive and not far from the really good stuff they are turning out on their regular menu. They felt the need to comp me because of the confusion (not necessary but very kind). If you see Lucha Libre, you could do worse than stop and snap up some very good Mexican food! You can also find them using the gram and their website!
Food            4 out of 5
Comfort       NA
Service        4 1/2 out of 5
Value           4 1/2 out of 5

By Yes! We're Eating Vegan Again! at May 28, 2021
Email ThisBlogThis!Share to TwitterShare to FacebookShare to Pinterest