A taco challenge is something that we can always endorse!  Last weekend, we visited Guacamole Mexican Grill to try their entry in Vancouver Foodster's Best Taco Challenge. You may remember that there was a Mexican restaurant at this location in the past. We remembered this when a call from GMG displayed on my phone as Taqueria Jalisco! 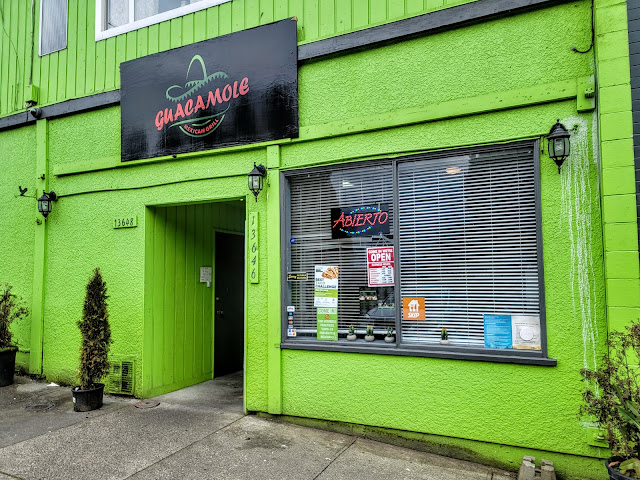 Grovesnor Road is just off of King George near 108th with only a few businesses on it. You would have a hard time missing the bright green of GMG. So we phoned in our order and they were packing it up as we arrived. Such friendly people and they were happy that we were checking out their Taco Challenge creation. 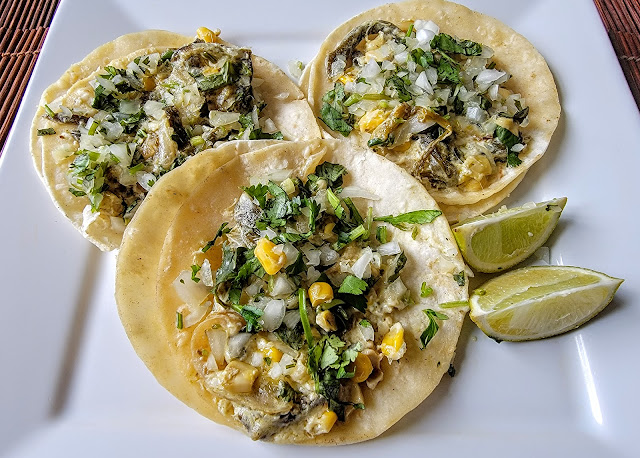 Their challenge entry is the Rajas Taco and we ordered a 3 pack. With smoked poblano chile, corn, a cream-based sauce, and mozzarella cheese, these were some simple yet smokey and rustic tacos which is whats taco should be. Very good! 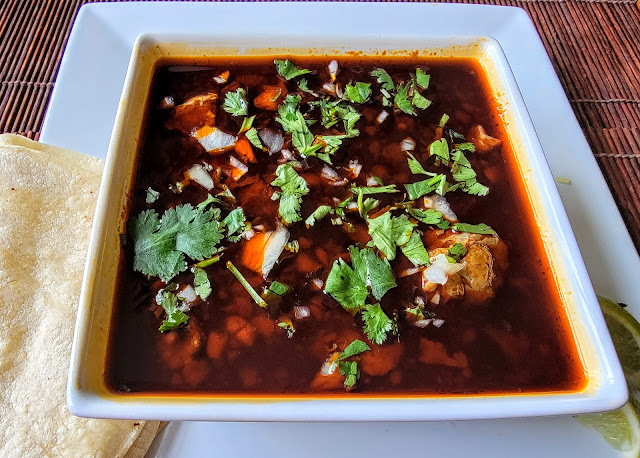 We tried to order the Sopes but we were told that they are no longer available even though they are on the online menu so we ordered the Birria Soup instead. Lately, we have been on a birria taco or quesabirria tear so in the absence of those things, the soup sounded good. Birria itself is the beef stew (originally goat stew) that is slow-cooked for hours. Here at GMG as a soup, it is rich and fatty and the beef is very tender. 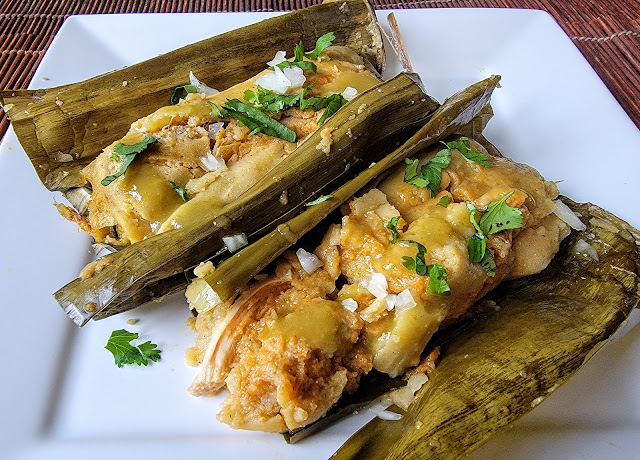 Tamales are made quite differently in different regions of Mexico and Central America. These were called Tamales Salvadorenos which I guess tells us where they originate! We have never had tamales wrapped in banana leaves before (although we knew that it is a thing)! They were amazingly tender and tended to fall apart even as I tried to gently move them onto a plate. In the dough was potato and green beans as well as chicken. The chicken tended towards the chewy side but the rest was tasty and wonderful. 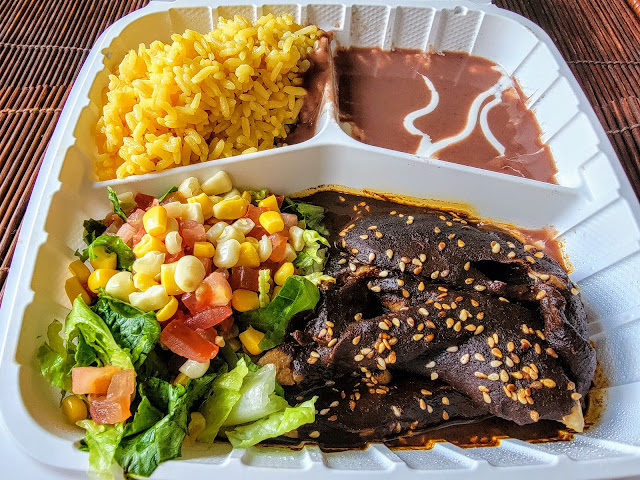 We are big fans of mole, the dark, rich Mexican sauce that varies from region to region and chef to chef. It often has dozens of ingredients including nuts, seeds, spices, chiles, and Mexican chocolate. We ordered the Chicken Mole meal and were told that they make their own mole (I have a bottle of store-bought stuff which is nowhere need the same). The sauce itself was amazing as were the sides but for some reason, the chicken itself was tough enough to make me believe that during its lifetime it had been a Mexican wrestler! I can't imagine that this is the usual thing and for sure if we were dining in, we would have sent it back but such wasn't worth a half-hour drive. My advice is to try the mole on something else like the enchiladas. Or, assume as I do that this the tough chicken was a one-off and check the meat before you take it home. 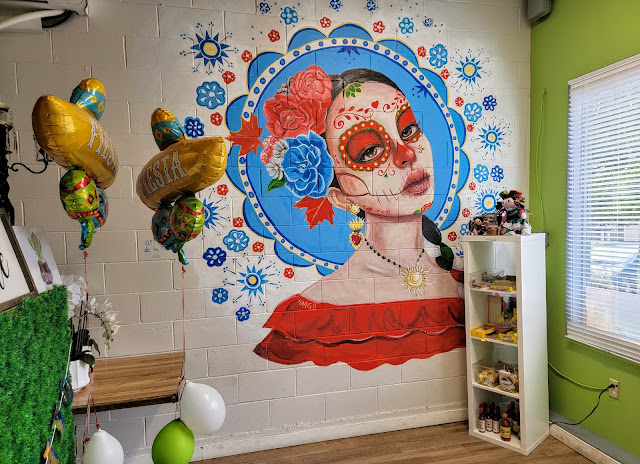 By Yes! We're Eating Again! at May 15, 2021
Email ThisBlogThis!Share to TwitterShare to FacebookShare to Pinterest