Once in a while, we drift east for lunch instead of west. We had read about Brgr Brgr a couple of times and I find myself driving past it in the course of my life from time to time and so we decided to try some creative burgers as BB has been said to turn out. 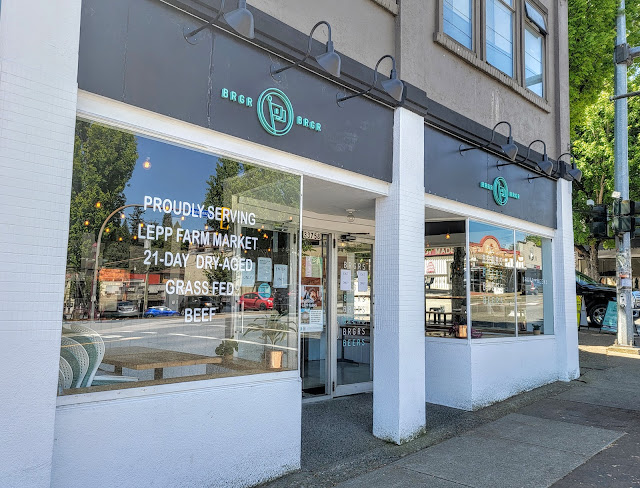 Located on the corner of Montrose and Essendene in the semi revitalized downtown, this has been the location of a number of popular restaurants over the years. So we ordered for takeout but they were patient enough to let me take pictures at one of their tables. 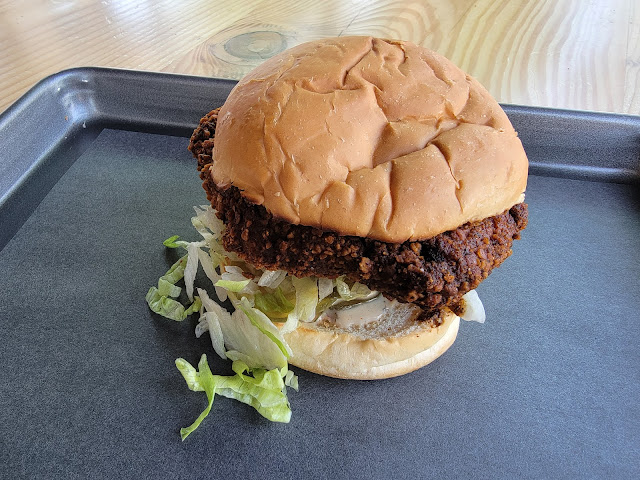 We started with a Hot Chicken Brgr. We ordered the base level of heat with Coffee Hot Saus. Not too hot which is fine but crispy with panko breading, slaw, and pickles. The coffee hot saus gives a depth of savoury flavour (or umami to you new foodies who didn't know there was a word for it before) that was quite impressive. The chicken was just a touch on the dry side but we didn't have a crisis. It was a very good chicken sandwich that I would order again. 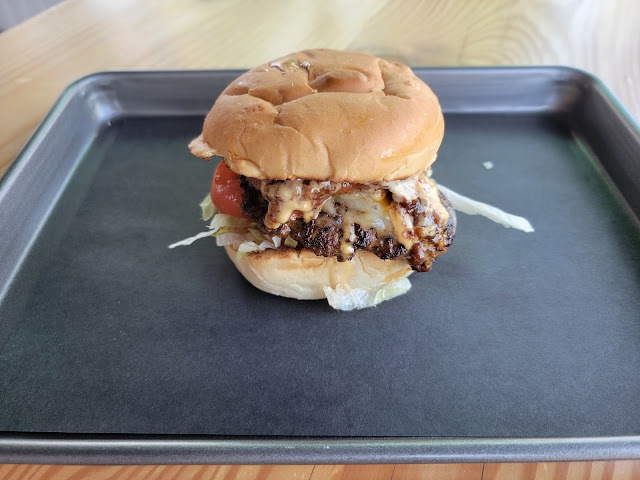 Next up was the Smkd Brgr with smoked gouda and smoked cheddar. Curiously, this burger does not show up on the main menu but only when you go to "order online". You don't want to miss it though. It was pretty impressive. BB's burger patties are a mix of beef and pork which may stress out purists but we liked it. I'm sure the pork probably adds a bit of fattiness and flavour! 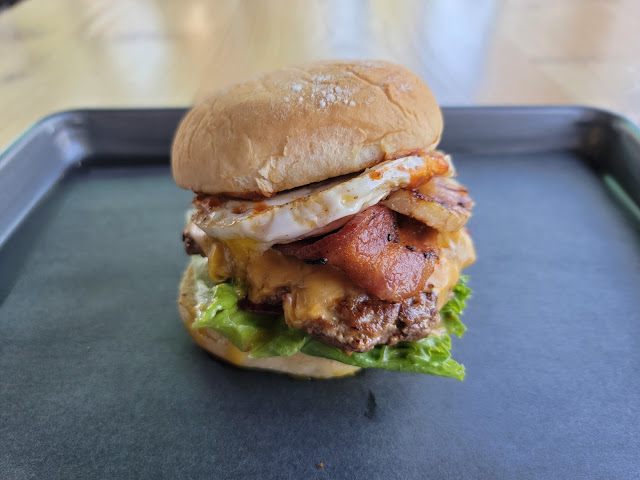 We also decided to order their monthly featured burger, the Lot Brger. It starts with a duck meat patty which was cool enough. Also surprising were, the grilled pineapple ring, pickled beets, bacon, American cheese, a fried egg and whiskey peach BBQ saus. Some of the details got lost in the mix but we tend to deconstruct everything we eat! Another nice burger! 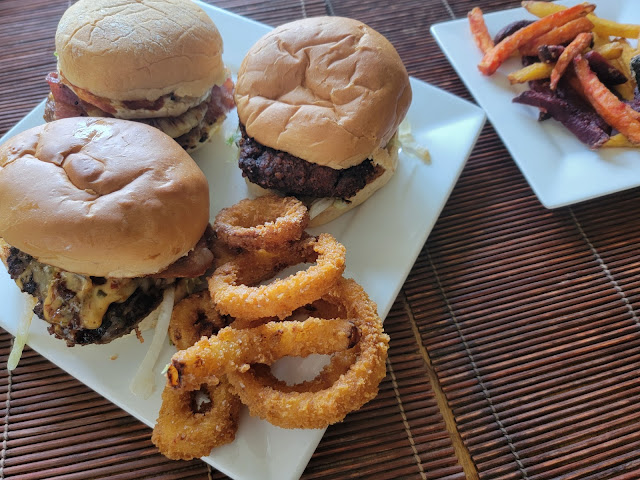 On the side, we had some very impressive onion rings and Root Vegetable Frys! The beets had very nice texture( a bit of chew) and sweetness as did the carrots and parsnips, This is such a step up from the usual French fries. 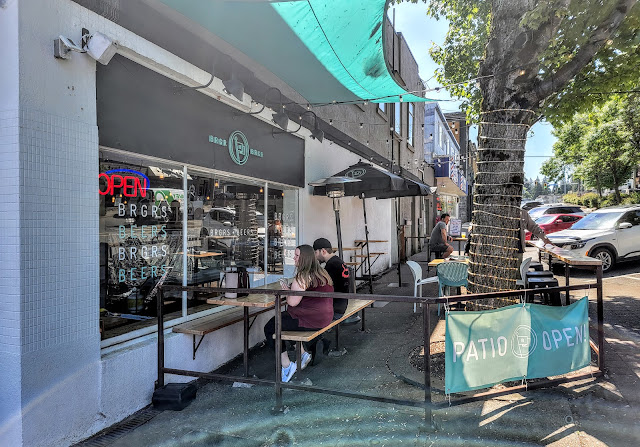 Brgr Brgr has a nice little patio with a few tables and twinkling lights. The dining area inside is chic also for when things open up again. Of course, prices are a little higher here than fast-food burger places (obviously) but on par with the places where you can get a higher variety of sandwich. The service was very friendly (including tolerating my photo-taking predilection).
Food             5 out of 5
Comfort       4 out of 5
Service         4 1/2 out of 5
Value            4 out of 5

By Yes! We're Eating Vegan Again! at May 23, 2021
Email ThisBlogThis!Share to TwitterShare to FacebookShare to Pinterest