I am happy to be entering the new year with Veganuary. After the foodological excesses of the "season", I feel like this is a way to get tuned up for what I assume will be a much better year than the last. However, after "World Vegan Month" in November of 2020, I worried that there could not be enough new places to try and review for another month. At this point though, it seems like there will be an abundance of planet-friendly, plant-based meals to indulge in and enjoy this month. I would like to see the people behind Veganuary and the people behind World Vegan Month come together and set an example for the people and governments of the world by compromising and spacing out their vegan months a little bit! 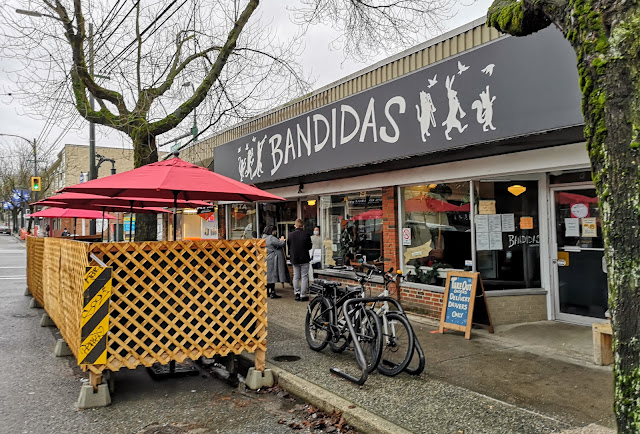 Bandidas is at the corner of Commercial and 12th and has a Mexican menu which is all vegetarian or all vegan if you prefer. They have some outside seating for the non-faint of heart who are able to eat bundled up against the weather and socially distant indoor seating. We arrived on Sunday in the a.m. before the lunch rush and the good news is that everything on the menu was available and not just the brunch items. 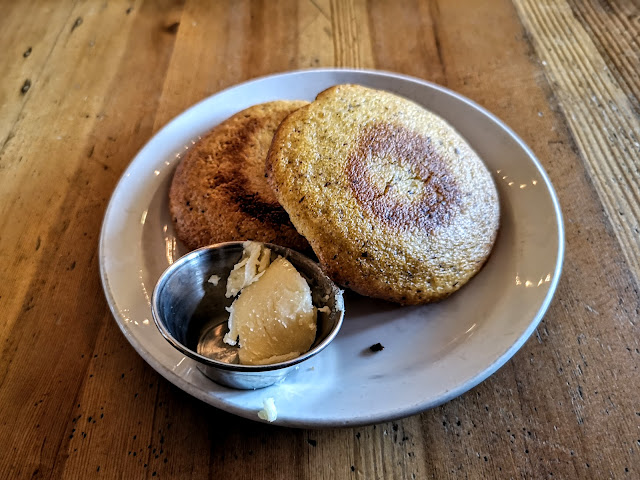 Whenever there is a menu item that is only served in limited quantities or on certain days I feel obliged to order it (assuming it is available). It often means that a more than average amount of effort is involved to provide the item. I'm not sure why the cornbread at Bandidas is only available at certain times but it was spectacular! The muffin itself had some texture from a coarse type of cornmeal and the outside leaned towards the slightly crispy! Excellent! 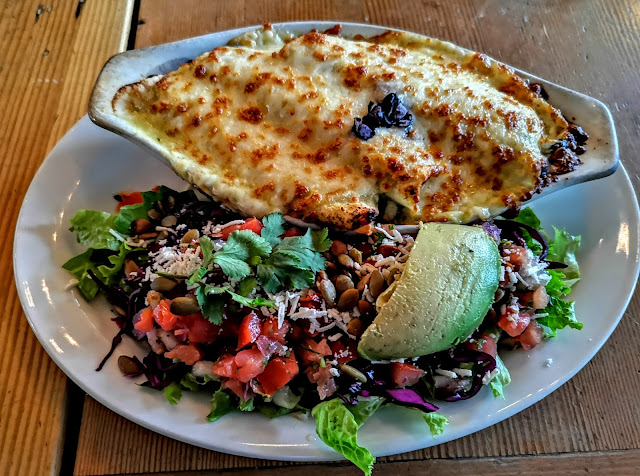 Mhaie orderd the Black Bean Enchiladas which were drowned in tasty sauce and cheese and baked (not vegan but available as such as are all menu items). This was very good! She asked for the side salad which was pretty spectacular in itself. With avocado and pumpkin seeds and topped with what seemed to be either feta or cojita. 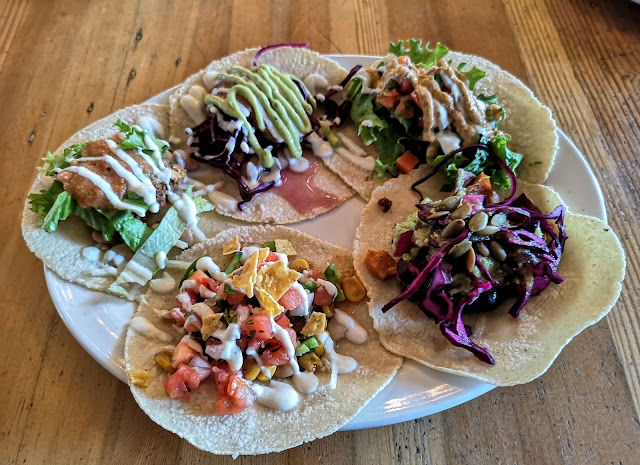 I ordered 5 tacos. I didn't obsess too much over which of the 7 that are available to order. I just pointed at numbers 3 to 7 and left it to fate (not a real thing). Even in this photo, I am not entirely sure which is which. I ordered them vegan which was an extra dollar (for the whole plate, I think). They were all variations on vegetables and sauces and some spicy tofu etc. They were all nice combinations and something provided some heat! Very good! 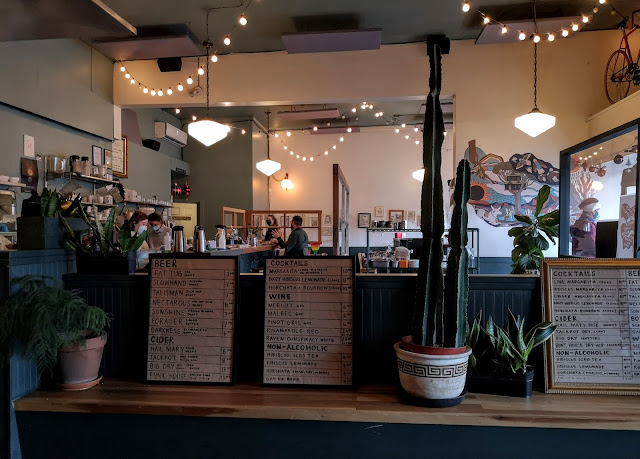 By Yes! We're Eating Vegan Again! at January 03, 2021
Email ThisBlogThis!Share to TwitterShare to FacebookShare to Pinterest