I was still playing around with the Street Food App. The app lists just over 100 trucks and their map feature will show you where those trucks are currently living that day or the next. I have always wanted to visit The Frying Pan but they have generally been a Monday to Friday lunch truck parked close to Waterfront Station which just doesn't work for me. While looking at the Street Food map, however, I noticed that the Frying Pan would be making an appearance at the food truck row in front of Rocky Point Park in Port Moody on the weekend. Hooray! 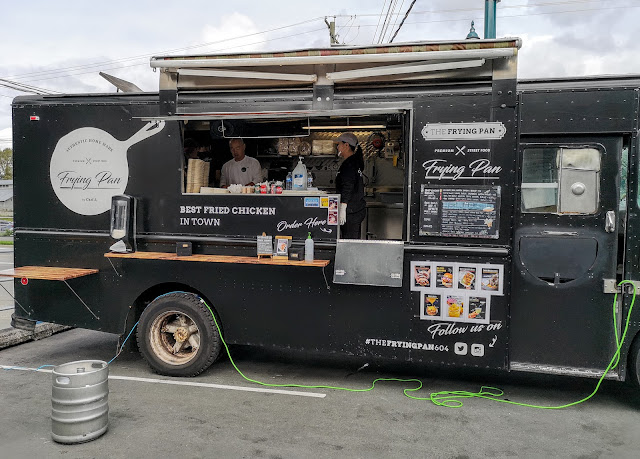 A lot of trucks set up shop in front of one of the several brewing companies along this stretch of road. We were able to sit out back of Yellow Dog Brewing (where we found the Frying Pan) despite the fact that we were not drinking (we promised to clear out before they got busy so as not to take space from a paying customer). So we ordered the famous "Feel The Burn - Medium Spicy" Fried Chicken Sandwich. 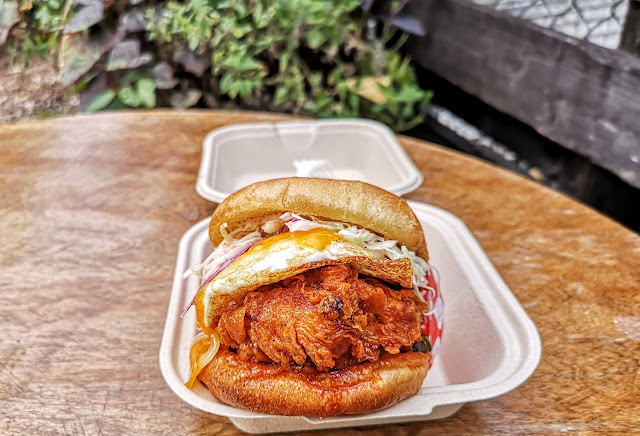 And, of my God, this is was a great chicken sandwich. In fact, in an instant FP has made it into my top three places for fried chicken in Vancouver (if you are curious, the other two, in no particular order are Win-Win and Downlow). The chicken breast which is the central figure here is brined for 2 days! No wonder that it was crispy on the outside and moist on the inside as we always consider to be the ideal situation! It was not too spicy though well sauced with what is a variation on Franks Red Hot. A decent bun, fried egg and cheese made this an amazing sandwich. Put this on your food bucket list. 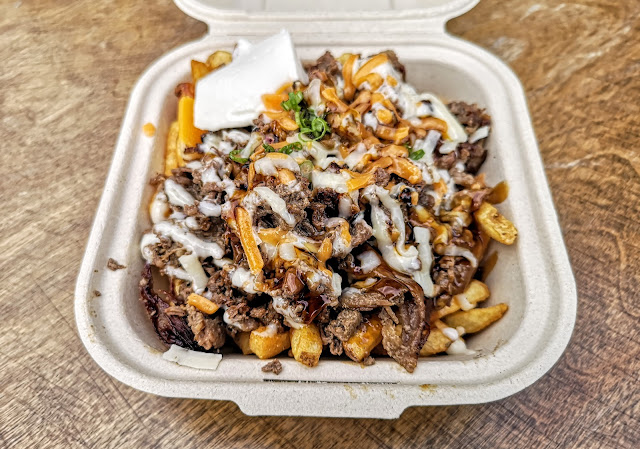 Other than spectacular chicken sandwiches FP usually offers rice bowls but not on the weekend apparently. So since we wanted to try their Bulgogi, we had it on fries instead. This turned out to be another revelation. The fries were good but they were drowned in house teriyaki, mayo, cheese and bulgogi. This was so good that Mharie got another one to go when we were finished. 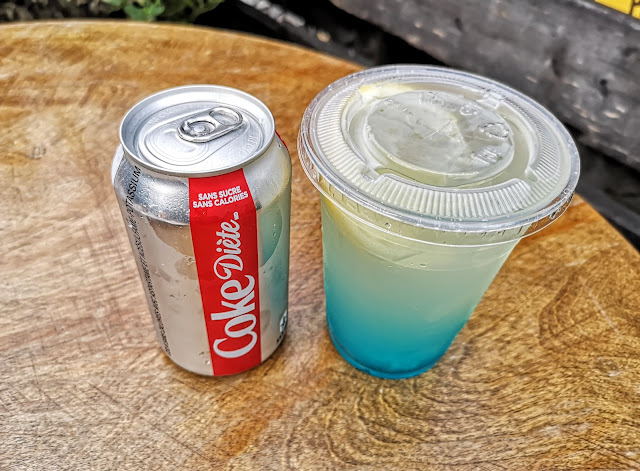 By Yes! We're Eating Vegan Again! at October 01, 2020
Email ThisBlogThis!Share to TwitterShare to FacebookShare to Pinterest