Victoria, BC - Smoke and Anchor

So in Victoria, we stayed at the Royal Scott Hotel which is a bit antique but has some charm and is affordable. We like the suite door knockers that were right out of I don't know what era and the huge indoor hot tub and decent sized pool. Four people was the hot tub limit which allowed for a great deal of distancing. We were not keen on the no air conditioning thing but there were 2 healthy portable fans in our room which were running when we arrived and continued to run during our stay.

For my early morning walk, I headed in the opposite of my usual direction ( towards the Empress and harbour) and ended up on Dallas Road and eventually at the breakwater lighthouse. 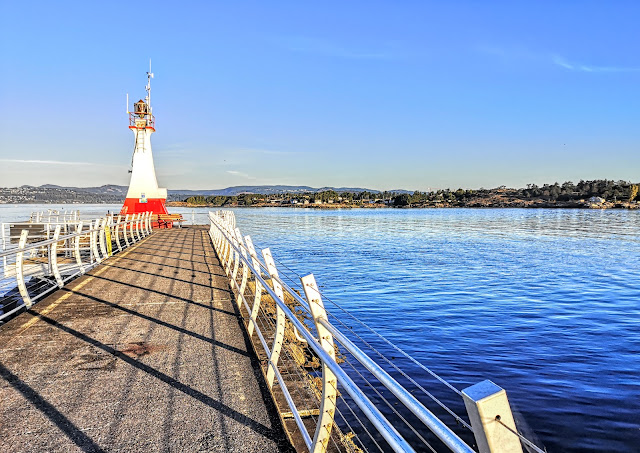 We went to see Craigdarroch Castle when it opened. This monument to greed was built to be the Dunsmuir residence, completed in about 1890. 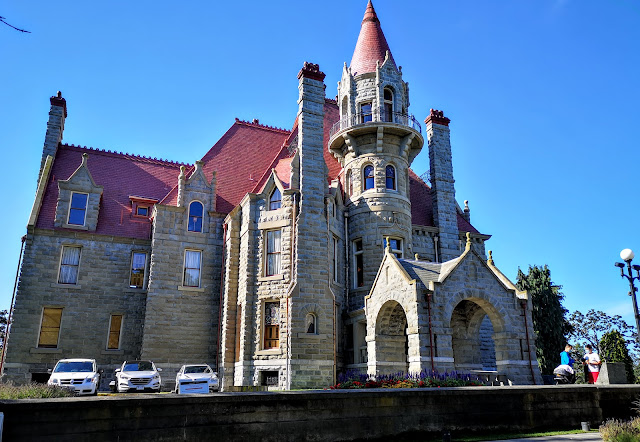 Much of Robert Dunsmuir's fortune was built on the back of Chinese immigrant labour for his mines. Like other despicable employers of the time, he paid them half of what locals would earn. All throughout history, there have greedy men who lived by the "Fuck you. I got mine" credo like Dunsmuir including today notably those who seemingly object to universal health care in the United States. Anyway, I digress and I must have got that idea from the left-wing media. It couldn't just be obvious. 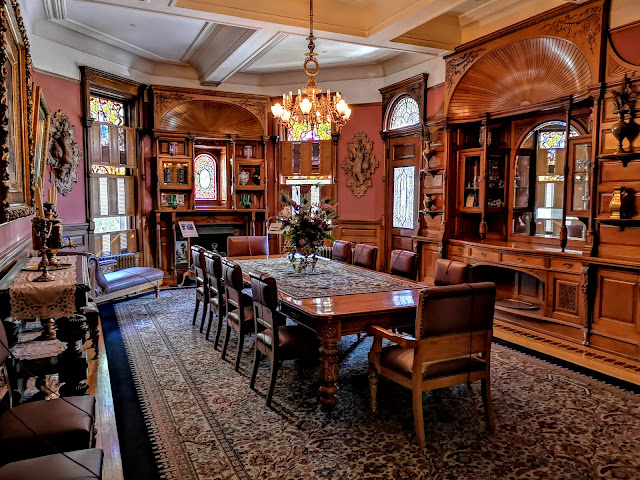 Nevertheless, I love the workmanship and architecture of this mansion. It's kind of satisfying to know that Dunsmuir died before it was completed. 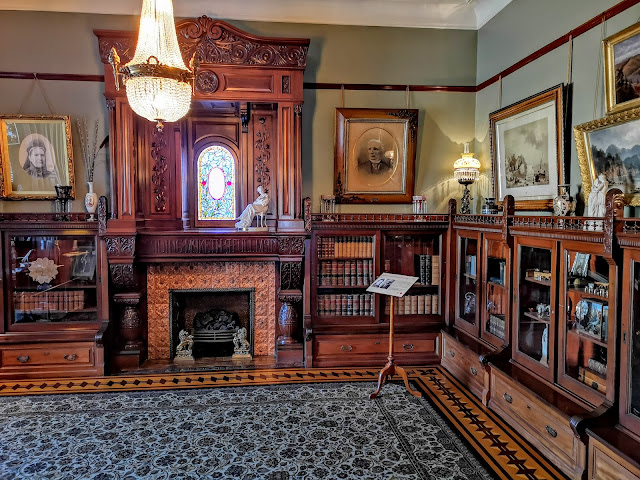 Before becoming a museum in 1979, and in the years after it left the Dunsmuir family hands (1908), CC has served as a military hospital, conservatory of music, college and school board offices (for 25 years!).
But let's go for lunch! We ended up back at Fishermans Wharf but not for more fish and chips. 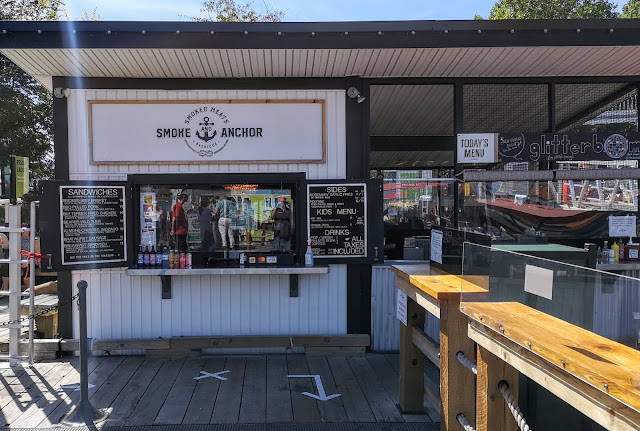 This time we tried Smoke and Anchor! They do their smoking in house in something about the size of a Little Chief! 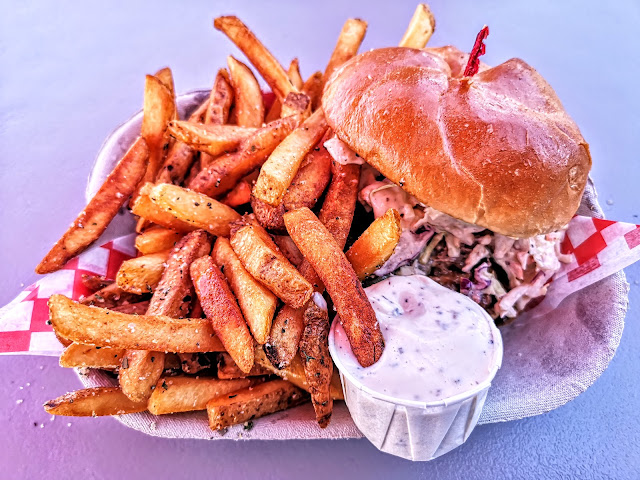 We had a Smoked Brisket Sandwich which came with fries. Having been to Houston at the beginning of the year and being convinced that I would never again eat great brisket, I was greatly impressed by this! 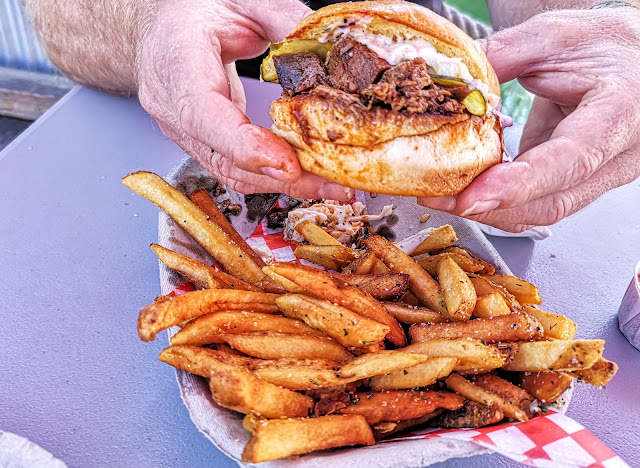 They were not cheap with the brisket for one thing and it was not dry for another. This and the mildly smokey flavour were impressive. The Rosemary Fries and Truffle Aoli were a bit out of the ordinary and also delicious. 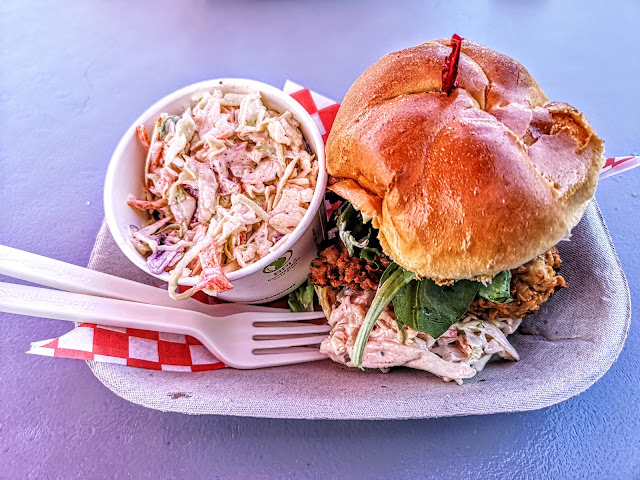 Stay tuned for more food and touristy stuff in Victoria
By Yes! We're Eating Vegan Again! at September 01, 2020
Email ThisBlogThis!Share to TwitterShare to FacebookShare to Pinterest