My brother and I and his office mates, Mario and Antonio, went to dinner or at least for snacks at M & S in advance of the Houston Rockets game. 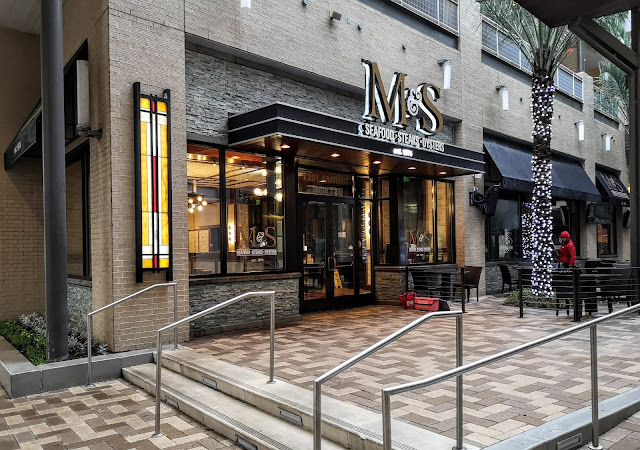 M&S is a higher-end seafood chain with an interesting pricey menu. They also have a decent happy hour menu from which we partook. 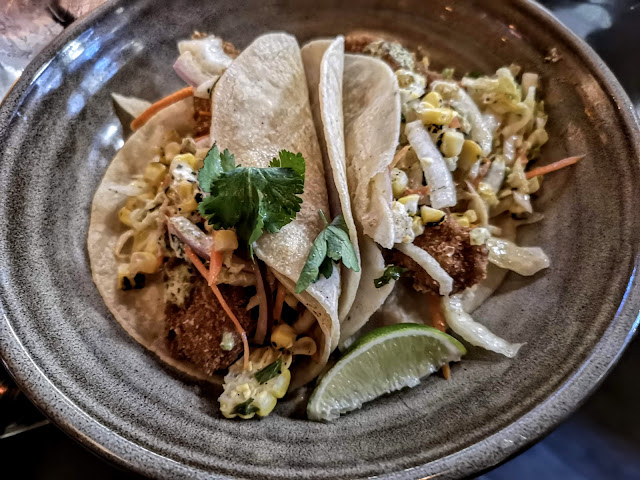 Fish Tacos at $2 each were the daily special (I had 2). They had a decent chunk of deep-fried fish complete with the fixins. Tasty enough. I ate all the cabbage as I struggle to eat some vegetables here in Houston (Oh, I know I could try harder). The tacos were of a decent size also! 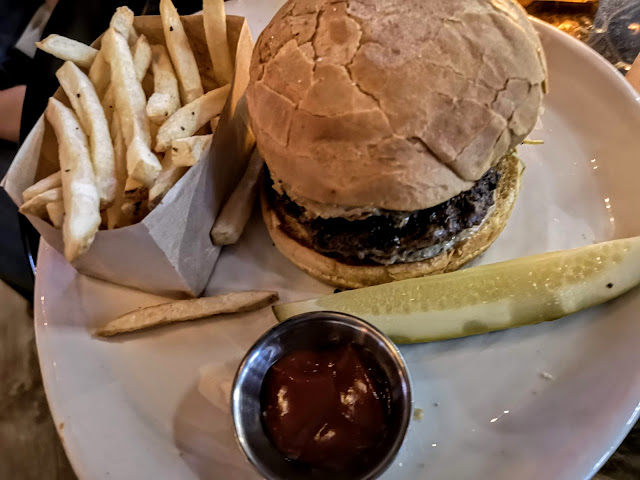 I also had the Blue Cheese Burger at $7.50. A smoking deal as one of the priciest items on the happy hour menu. This was a really good burger with blue cheese, onion rings and I was given the option and chose medium-rare. 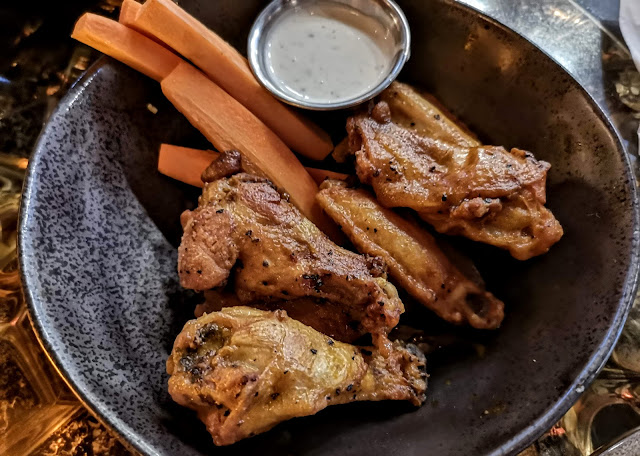 Elsewhere at the table were chicken wings, 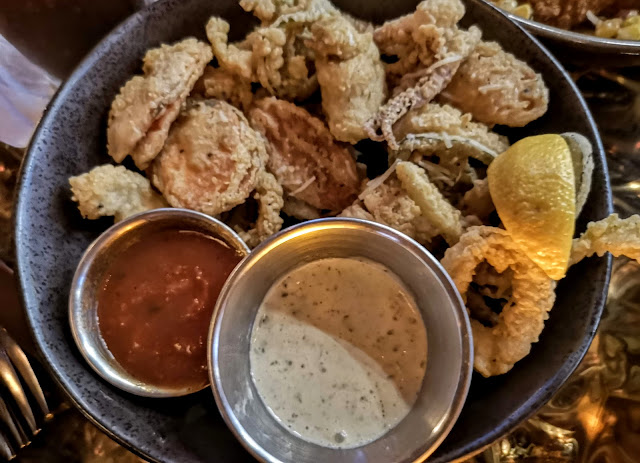 and Calamari with some deep-fried vegetables. A decent happy hour spread and frankly a pretty nice room with seating for a crowd. 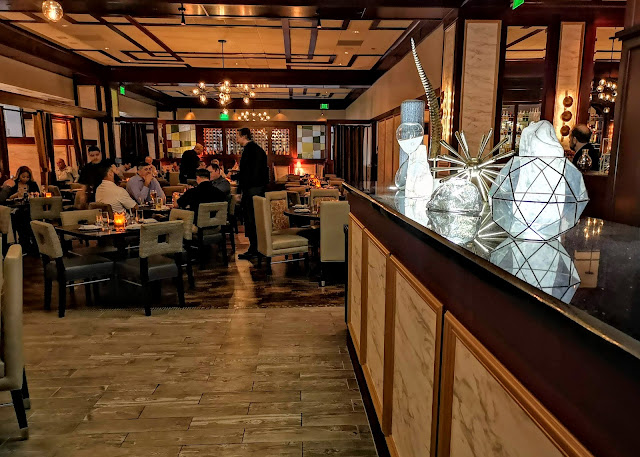 I'm not given to eating at chains (M&S is everywhere) and originally sneered at the idea but this was pretty good. For what its worth, I give M&S Grill 3 1/2 out of 5. 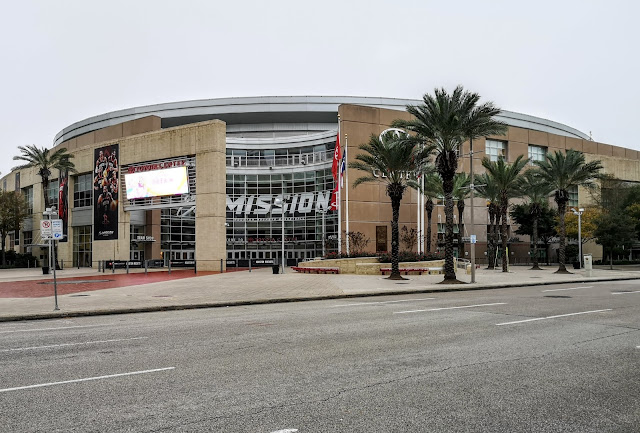 From there off we went to see the Houston Rockets and Charlotte at Toyota Center. Now, I am not a huge basketball fan and didn't even know that Charlotte had a team but I have to admit, this was pretty exciting. We saw some pretty amazing plays including my favourite when a showboating forward when up for a slam dunk and blew it by bouncing the ball hard of the rim. Excellent! 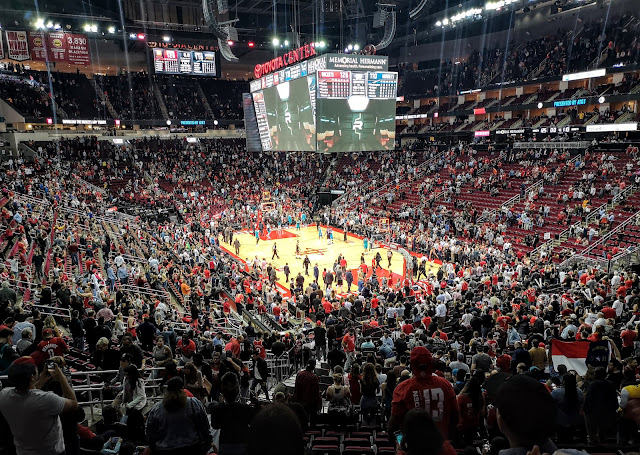 Thanks for an enjoyable evening to Dave, Mario, Antonio and the Beard!

By Yes! We're Eating Vegan Again! at February 13, 2020
Email ThisBlogThis!Share to TwitterShare to FacebookShare to Pinterest