A craving for sushi and Korean food at the same time can often be satisfied with one stop. While I think of nigiri as Japanese and Korean sushi as being more along the lines of rolls (eg. Kimbap), I have no problem ordering nigiri at a Korean sushi place. Actually, as far as I'm concerned anyone can serve anything that they want if its tasty and well prepared. That doesn't mean that I would order sushi at Denny's.....Anyway... 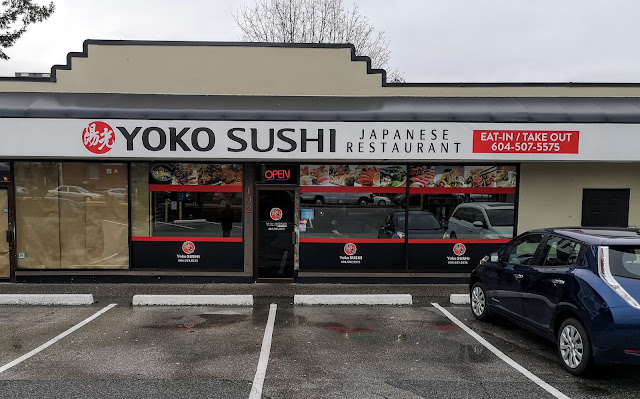 Yoko Sushi is located on 160th, just north of Fraser Highway. Their menu is a mix of Japanese and Korean items if you were wondering why the confusing preface above. I honestly do not know if the owners here are Korean, Japanese or otherwise, and it just doesn't matter. 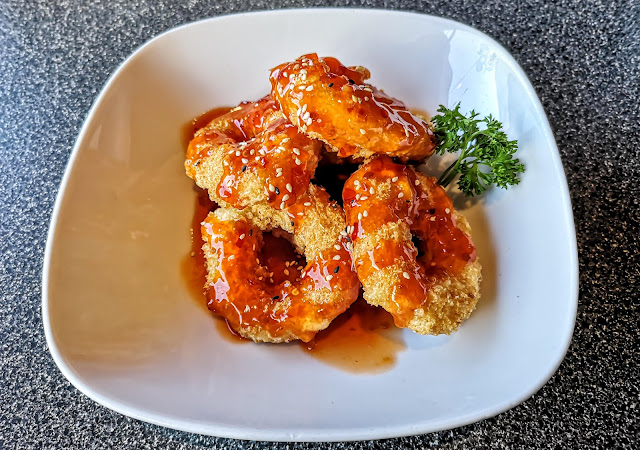 We started with the Calamari appetizer which did not arrive looking like we expected (didn't properly read the menu description). It was, however, crispy yet tender which is what we all hope for. The batter while not tempura style was not too thick and worked well with the larger rings of squid. The Thai dipping sauce was also tasty and a good partner. 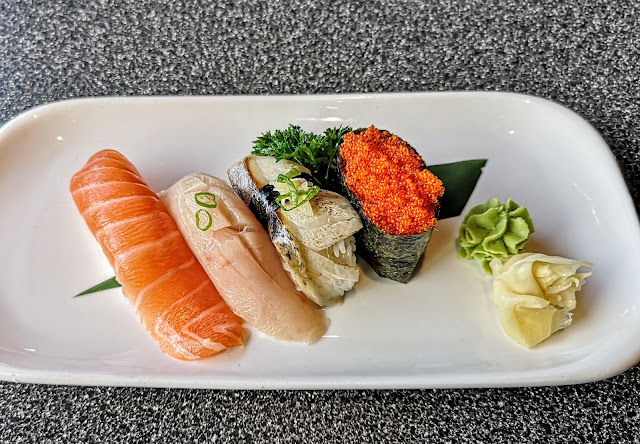 I ordered a la carte nigiri but nothing too far off the beaten path. My weakness is for the Toibko and it was fresh and popped nicely. All the pieces seemed well-assembled but I had to add my own wasabi. 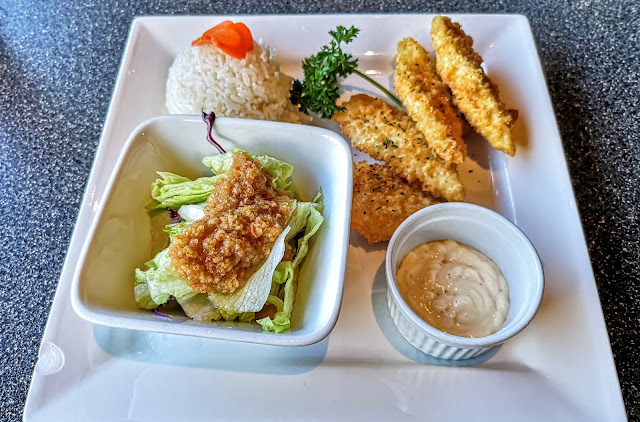 Marie had the Fish Katsu. It was crispy enough and we guessed tilapia. I came with a sort of tartar sauce, rice, a green salad with a sesame oil dressing and miso soup. It was fine if not mind-blowing. 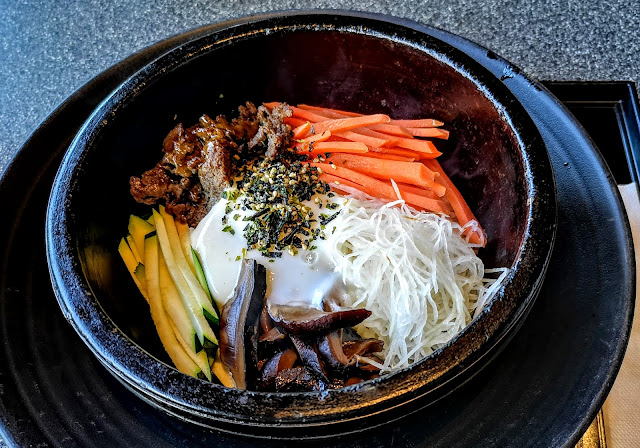 I ordered the Dol-sot-bibim-bap. The crusty rice on the bottom was well developed from the heat of the bowl. This is something that is sometimes missing but is a highlight for us (I had to share it). The veggies were crisp and fresh and the beef and egg rounded out a decent dish. 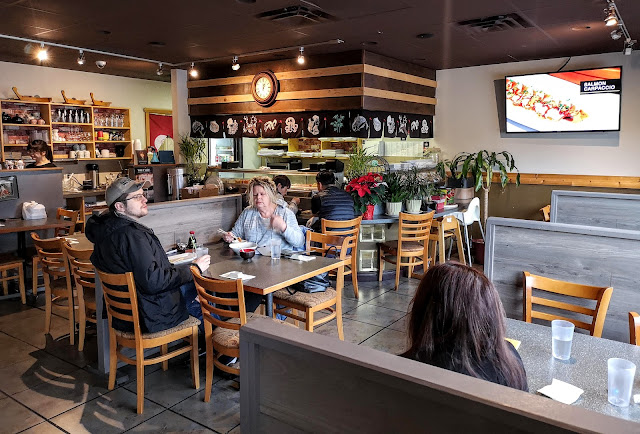 Yoko is not a destination for the vegetarian although they offer a tofu teriyaki dish and the usual veggie tempura and a couple of other things. We arrived early on Sunday afternoon and didn't have to wait for a table. Service was decent and friendly. Just a decent place to eat with lots of expected choices.
For what it's worth, we give Yoko Sushi, 3 out of 5.

By Yes! We're Eating Again! at January 12, 2020
Email ThisBlogThis!Share to TwitterShare to FacebookShare to Pinterest