The Taste of Africa

Once again we found ourselves braving the wilds of Whalley to find a place listed on scoutmagazine.ca's "Never Heard Of It" list. While we had the list as motivation, at some point also, I  had become convinced that Jollof Rice is a great thing (I am still convinced) that should be sought out wherever it could be found! 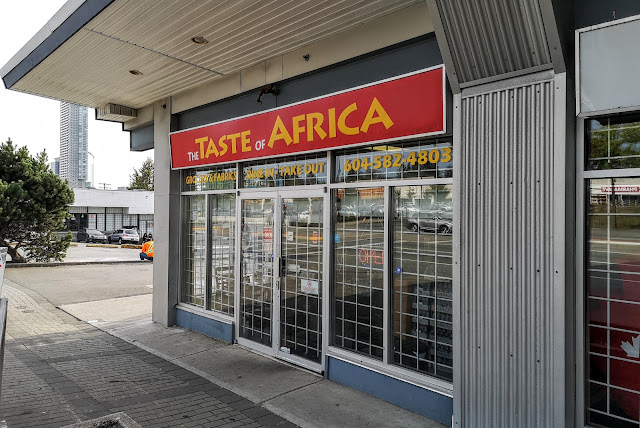 The Taste of Africa is located right on King George, not far from 108th. I was somewhat nervous about parking my car where I could not see it (grow up, Mike) but all was well. This is not only a small restaurant with take-out available but also an African ingredients grocery store. It is a very casual place but not uncomfortable. Seating about a dozen people, the couple that runs the place were kept busy by members of the local African and non-African community alike while we were there. 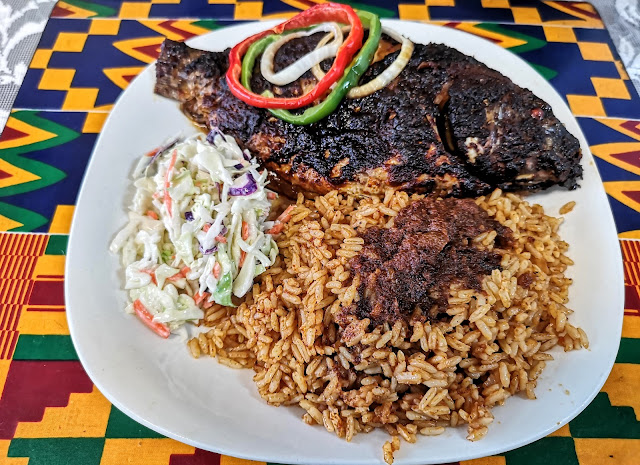 A number of familiar and unfamiliar dishes are offered in combinations. Marie had Baked Tilapia with the aforementioned Jollof Rice. She easily reduced this fish to a pile of bones. It was nicely cooked with a spice mix on the skin that I could not possibly identify. It was not spicy but savory and maybe just a little bit sweet. Delicious! The accompanying rice was as advertised, tomatoey, a little spicy and rich and comforting. The little taste of coleslaw on the side was a pleasant surprise and offset the spicy part nicely. 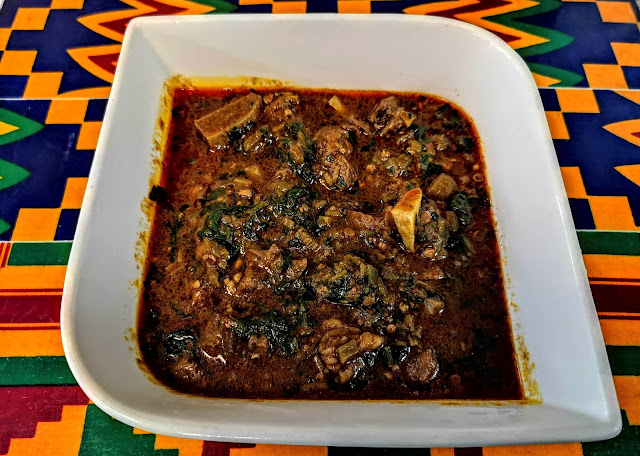 We also tried Okro (not okra, even though I kept saying okra) stew. This was also delicious but a little challenging to my uneducated palate. It does have okra as one of the main ingredients as the name suggests and as does the texture (slightly viscous). This version of the stew has beef (although I would have guessed goat owing to the bony pieces). It was spicy enough to make me sweat if I didn't spell off with bites of rice. It also contained the ingredient fish powder (didn't know there was such a thing) which lent its own taste to this complex stew. It was interesting and enjoyable but needs a little getting used to just like dishes with fish sauce that we have learned to love. 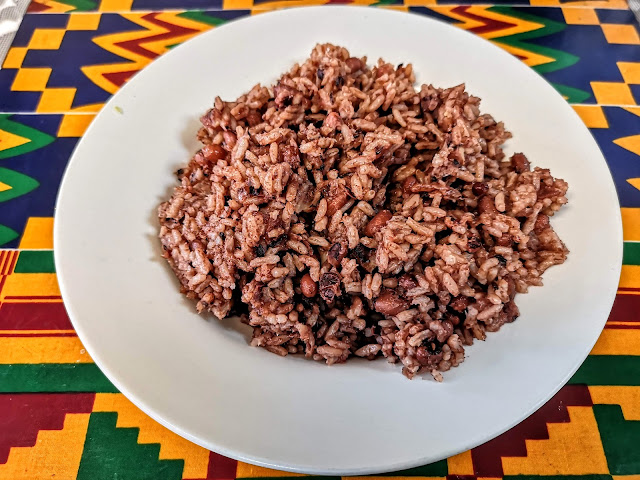 The side here was Rice and Beans, another comforting dish reminiscent of the Jamaican and even Creole versions that we are more familiar with. 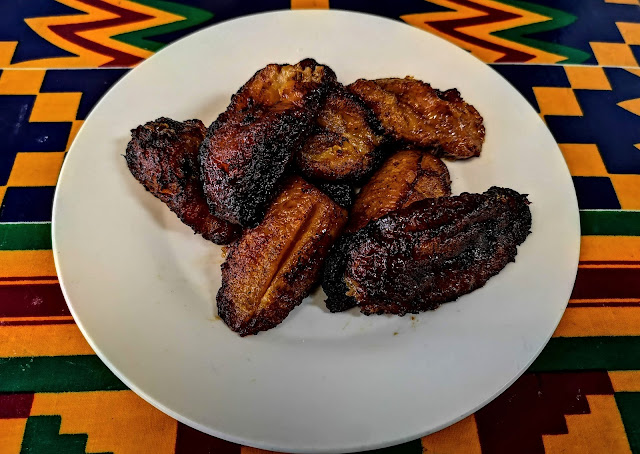 Fried plantains rounded out our meal. These were sweet and rich. All in all, this was a satisfying and interesting meal. We felt like we were able to expand our culinary horizons, just a little bit. We also enjoyed our friendly hosts and a little taste of the culture that surrounded us.
For what its worth, we give Taste of Africa 3 1/2 out of 5.

By Yes! We're Eating Again! at September 10, 2019
Email ThisBlogThis!Share to TwitterShare to FacebookShare to Pinterest