I'm not keen on the mixing of religion and politics. It doesn't seem to work out well for anyone, anywhere. On the other hand, I've never given much thought to the mixing of church and making chicken sandwiches, as long as they're not self-righteous or exclusive about it. Upon Googling Chick-fil-A to try to figure out the weird spelling of their name, I came across a question form Christian Animal Ethics about whether buying their product from industrial chicken farms could be considered  "Christian". I like animal ethics groups (they don't have to be Christian) and it is stuff like this that will move me someday finally into the'vegan' zone. Whether its Christian or not, I don't know. I wonder whether it's human or not? Also, it's not just a question for Chick-fil-A.
In the meantime, we have never been to Chick-fil-A and were curious about this place which is either the largest or second largest fast food chicken place in America and number three in fast food overall. 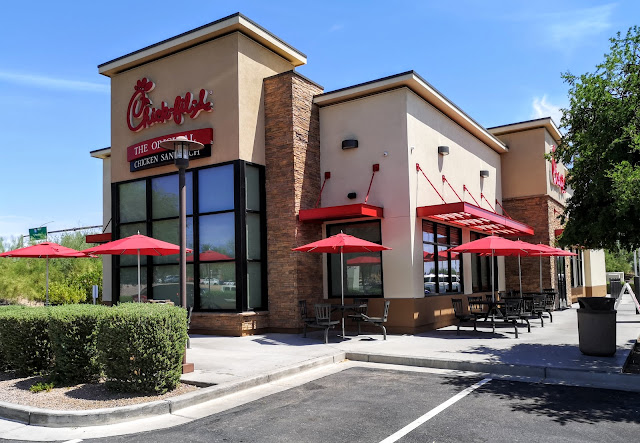 There are a bunch around Phoenix (closed Sunday to observe the sabbath) and we found the one in Ahwatukee and had lunch there (albeit with a bit of tormented conscience over the ethics thing). 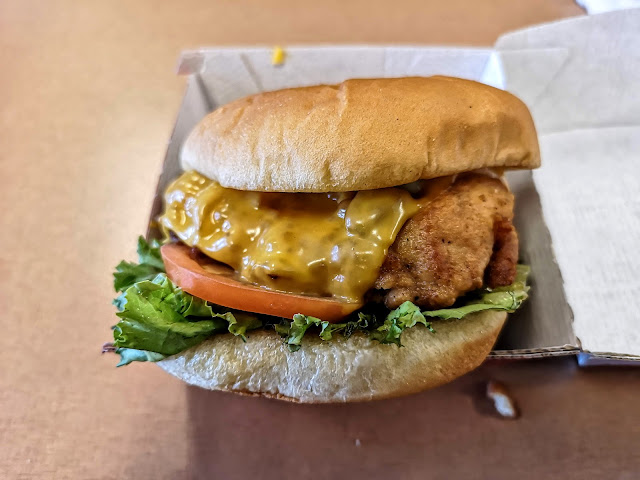 Of course, we had to have a Chicken Sandwich. This one is deluxe with cheese and stuff. It was ok but not great considering this is their thing. The chicken was moist enough and from a breast filet (not from a fil-A whatever that is). 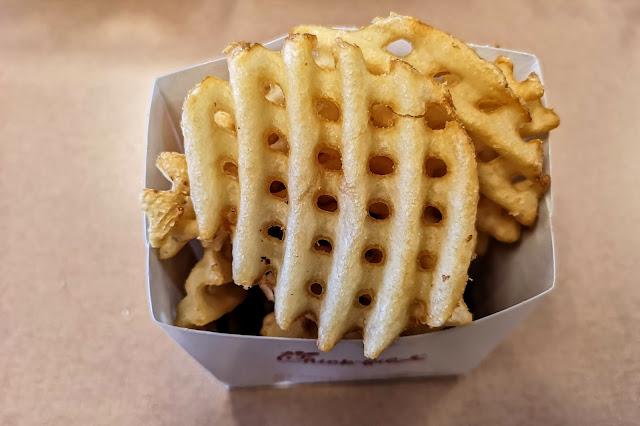 As part of a combo it came with a drink and waffle fries. These were unimpressive. I was excited about the idea of them but they were a bit dry. 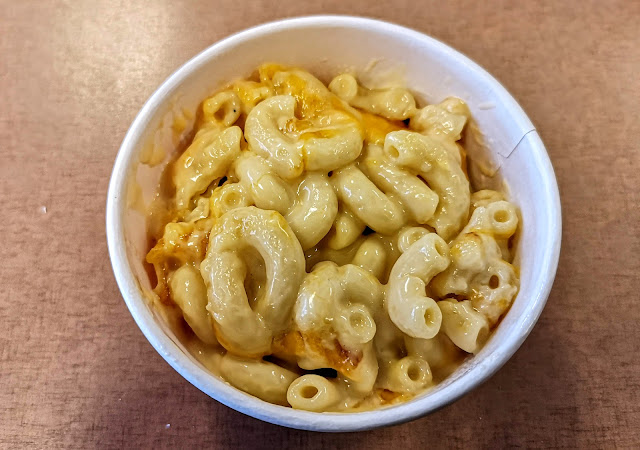 We tried their Mac and Cheese and this was tasty enough with pleasant clumps of actual cheese. 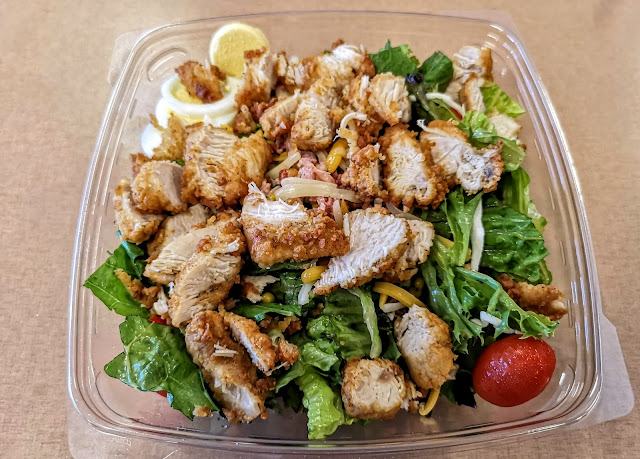 Finally we had a Cobb Salad and this was actually pretty impressive. The chicken was obviously from tenders and was moist and crunchy.  As if to make us feel at home (I'm looking at you, Tim Horton's), they got our order wrong by delivering the wrong dressing. We didn't care much as their choice was good. Lots of greens, a few cherry tomatoes, some grilled corn and an egg. Pretty good!
Typical fast food joint. It was not uncomfortable and clean and so on.
So now, we've been to Chick-fil-A and I don't find myself moved to return.
For what its worth, we give Chick-fil-A 2 1/2 out of 5 mostly for the Cobb Salad.

By Yes! We're Eating Again! at August 29, 2019
Email ThisBlogThis!Share to TwitterShare to FacebookShare to Pinterest