I believe that I could cut and paste my review of Congee Noodle House, change "House" to "King", and no one would be the wiser. For my money though, two of these is not enough. If they chose to open another one out the valley somewhere with its familiar green awning and endless menu, I would be forever grateful! 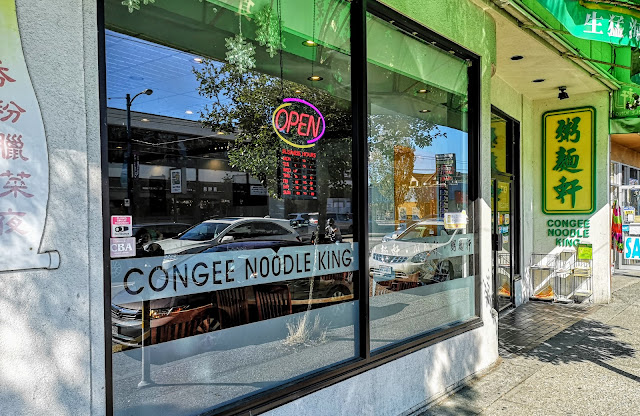 Congee Noodle King is a short walk from Joyce Street Station on Kingsway and we chose to go there for dinner this past weekend. We were seated quickly by our somewhat abrupt server who clearly had reached the end of her long shift. Our food started to arrive fairly quickly after we placed our order. 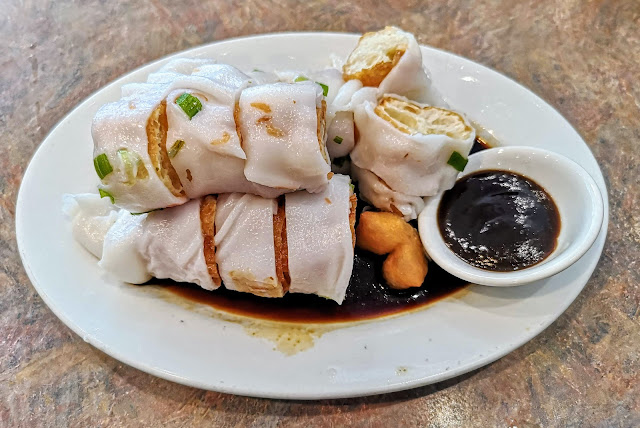 First up was Rice Roll with Chinese Doughnut. This was a good version with a crispy doughnut which is what one hopes for. 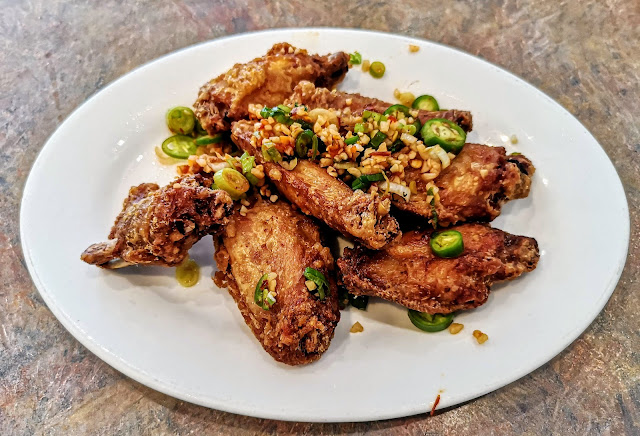 The Chicken Wings with Spicy Sauce were very good. Unbattered, crispy and hot, they were covered in chopped garlic, green onions and jalapenos. We found ourselves spooning up the 'sauce' even after the wings were gone. 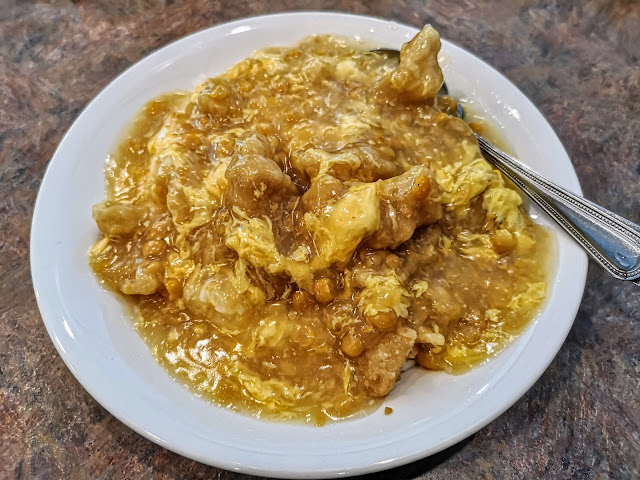 Sauteed Cod and Creamed Corn on Steamed Rice turned out to be deep-fried which was just fine. This was a velvety concoction completed with some scrambled eggs that we have enjoyed in the past. I had to investigate whether their really was fish under that batter! It was thinly sliced but sure enough, it was there. 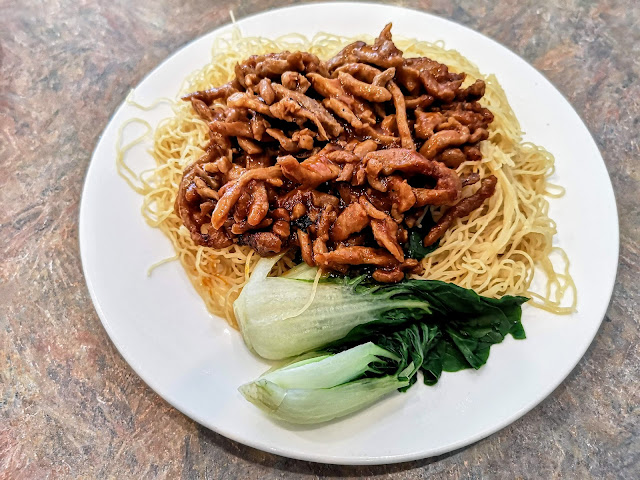 And finally, Shredded Pork on Noodles came with a clear soup on the side. We mixed it all up and savoured the meaty sauce. Loved the noodles which had just a slight chew and soaked up the sauce. 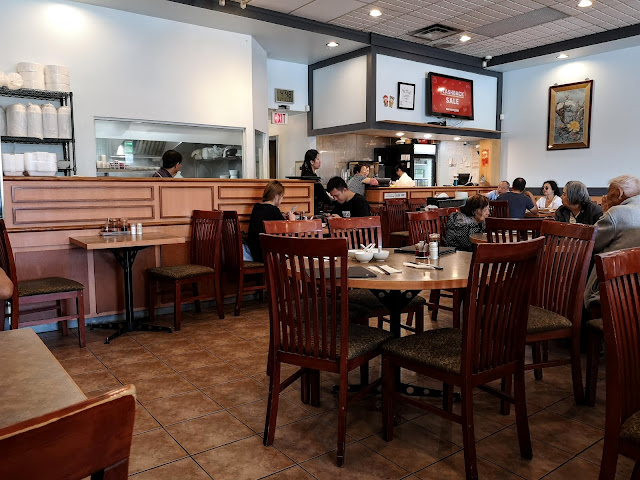 Congee Noodle King is exactly what you expect which is why we love it. Solid Chinese food with a lot of choices at a reasonable price. A little on the noisy side but that's OK. It's a place where families gather and visit and eat. Despite our one somewhat surly server, everyone else was friendly and accommodating.
For what it's worth and for what Congee Noodle King is, we give it 4 out of 5.

By Yes! We're Eating Vegan Again! at July 30, 2019
Email ThisBlogThis!Share to TwitterShare to FacebookShare to Pinterest