No matter what your gender identification and choice of pronouns, if your surname is Tonkatsu, I am there. When we heard that this Toronto based restaurant had landed in Metro Vancouver, we started making plans to visit. Cursed with a web site that is a little glitchy (at least at the moment), they seem to indicate that there are 2 Toronto locations and now Guildford (Surrey). 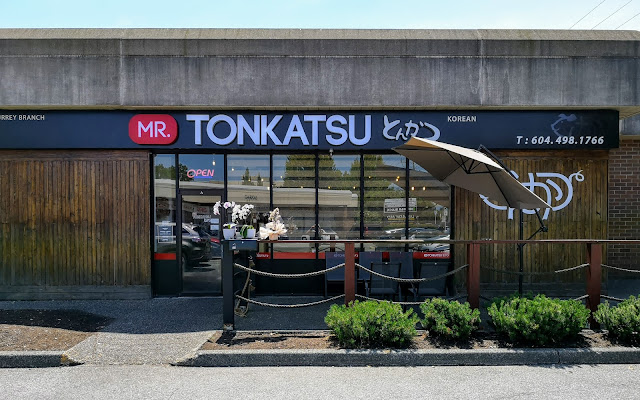 As comparisons to Saku on Robson Street are inevitable, Mr Tonkatsu has a similar menu but with a few more choices. 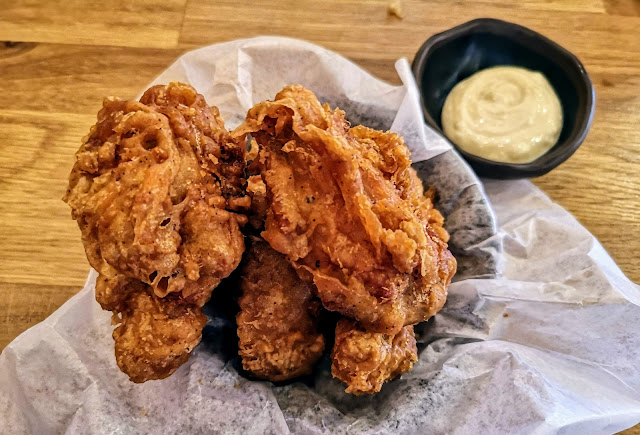 I don't remember Karaage Wings being a choice at Saku but they are among the appetizers here. Served with Japanese Mayo, these were simply battered, juicy and tasty, arriving hot from the fryer. 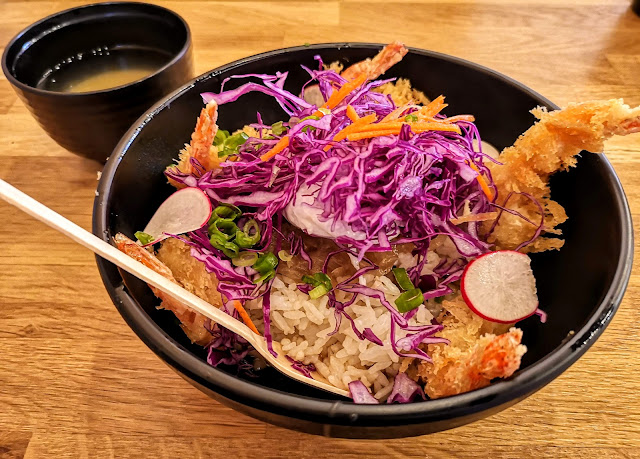 Also on this menu is Donburi with Soba. We chose the ebi which were tasty enough but not life-changing or anything. I can't use that 'snap' adjective when describing the shrimp except to mention that it was missing. The rest of the dish was nicely put together and I cheated and added a little of their tonkatsu sauce to the rice. Served with miso soup and soba noodles in broth. 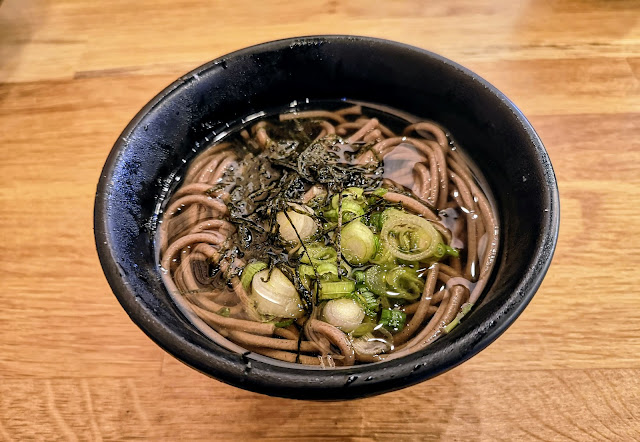 The Soba Noodles were the source of some pleasure. Nicely chewy noodles and the broth was fragrant with Konbu. 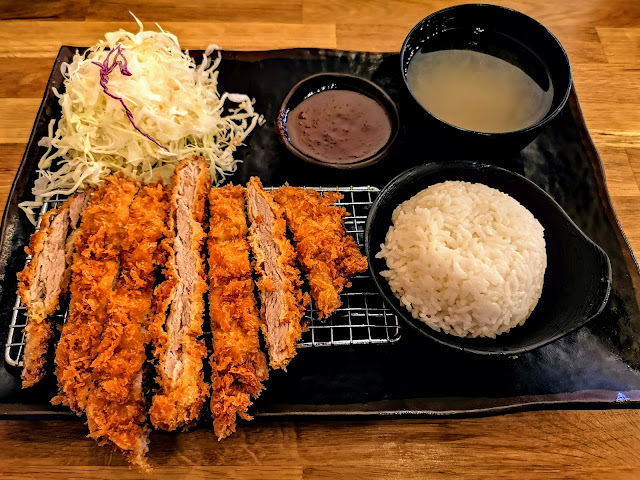 The main event was the Pork Tenderloin Tonkatsu Set. Steamed rice, cabbage and miso soup are served on the side. Like at Saku, you can have seconds of cabbage, rice or miso. At Saku however, they came around and offered but here, I think you need to ask (not that we needed more). The tenderloin was wonderfully tender and very good. And we loved the katsu sauce with its fruity Worcestershire sauce flavour. The panko breadcrumbs were also quite impressive probably due to the fact that they make their own bread to make the breadcrumbs. Nice! 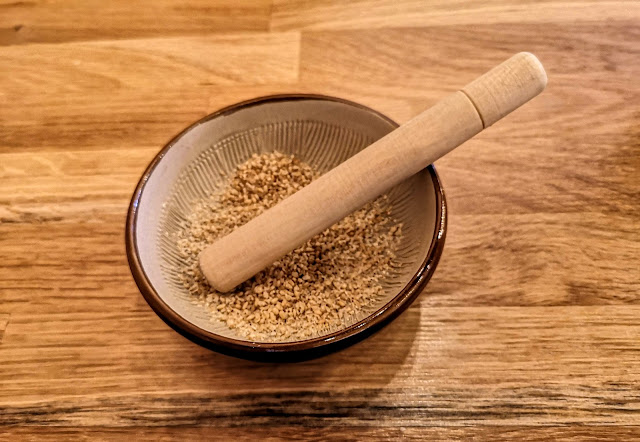 We also kind of like the little bowl of sesame seeds that they bring you to pound up and add to your katsu sauce. It's good to have something to do while you await your food! 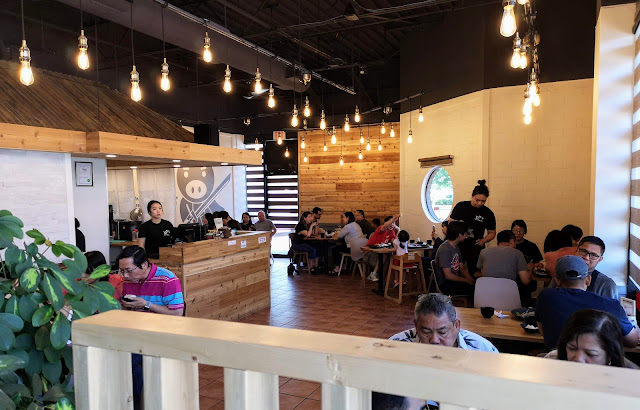 So it's a nice little place. We waited briefly for a table at just after noon on Sunday which is not surprising. Remember to write your name down when you arrive. The staff were quite friendly and attentive. I know I always say that. so maybe it's just because we're so delightful!
For what our opinion is worth, we give Mr Tonkatsu 3 1/2 out of 5.

By Yes! We're Eating Again! at June 19, 2019
Email ThisBlogThis!Share to TwitterShare to FacebookShare to Pinterest