This is both our 200th post and the first time that we have been invited for free food! I assumed it was a mistake as our invitation to try out the offerings at strEATS was addressed to "influencer"! Rather than point out the error, I showed up on this lovely Wednesday evening, met the principles and tried a couple of things. StrEATS is located in the new village that has sprung up in the area around 208th and 80th in Langley. We are calling the area Willoughby. 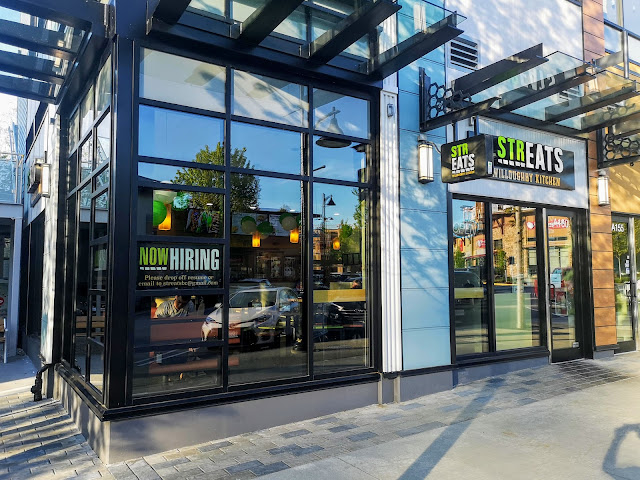 Of course, if any of you actually read this blog, you would know that I have visited and been impressed with their Aldergrove location. You would already have read about how this is a company with a conscience. StrEATS is a company that gives back to their community in a significant manner (at least in Calgary so far, where they got their start). Their priorities include sustainable food sources and they are a small step from being completely garbage free (recyclable and compostable).
And the food is pretty good too! 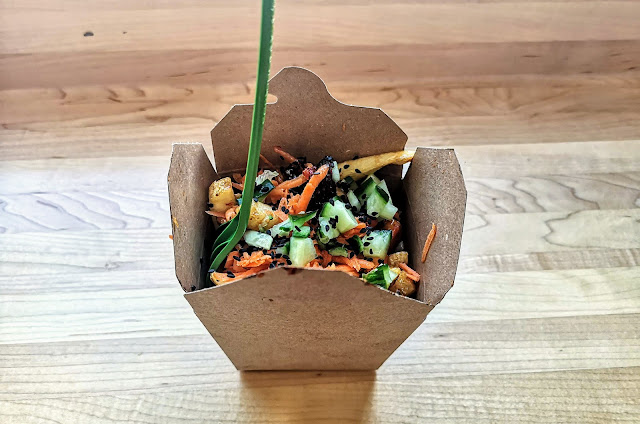 Listed under poutine (but not really poutine) was the feature, I Am Root! Fries but including parsnip, carrot and beet. Tasty and impressive with the Thai sauce (one of the sauce choices). Not something that I expected to see on the menu but a creative and healthy alternative to the usual potatoes. 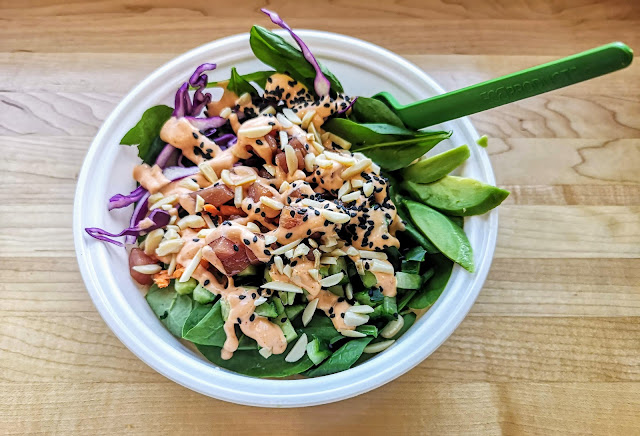 Having tried their decent tacos and fish and chips in Aldergrove, I opted for their version of poke, the Ahi Tuna Rice Bowl. Not bad. Not overly generous with the tuna but it was of good quality. The rice was nicely cooked and the rest of the ingredients were fresh and tasty. 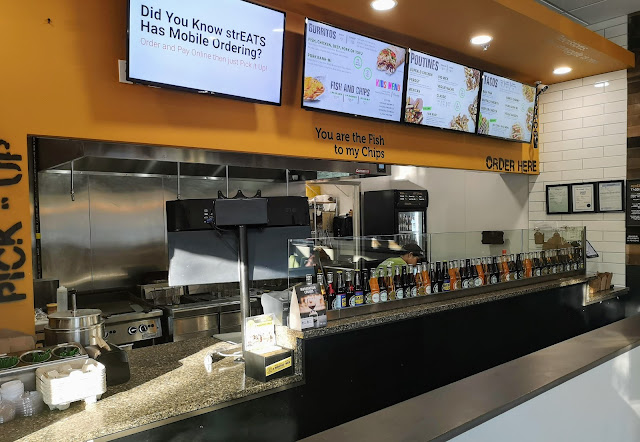 The system is order at the counter and your food gets delivered to you. There is seating for a couple dozen including booths and some window seats. I am a strEATS fan because they provide something different and have a conscience. This is not particularly cheap eats (my complimentary meal including a soft drink came to almost $25) but it is so much better than the fast food that we have grown accustomed too.
For what it's worth, we give strEATS 3 1/2 out of 5 and remember, we're influencers now!

By Yes! We're Eating Vegan Again! at May 09, 2019
Email ThisBlogThis!Share to TwitterShare to FacebookShare to Pinterest