I first visited Manoush'eh as part of Vanfoodster's Pizza Palooza a little over a year ago. Despite their pizza related event participation, Manoush'eh is actually a Lebanese restaurant. It is small, welcoming and has a limited but tasty menu. It boasts a big gas-burning  'pizza' oven and serves manoush'eh which is the best-known street food of Lebanon. 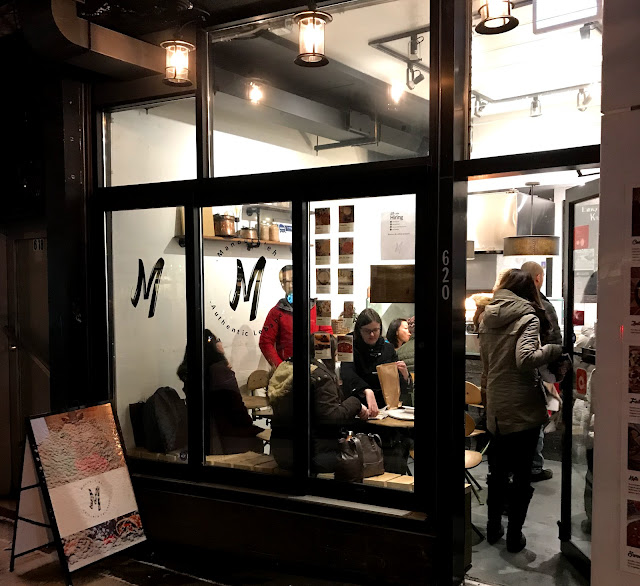 On that first visit, Manoush'eh prepared their flatbread with falafel on one side complete with tahini Sauce, tomato, pickled turnip and parsley. The other half was the simple Lahm be Ajeen (spiced ground beef). It was a very nice introduction to the fairly recently opened store. I knew that I would be coming back. 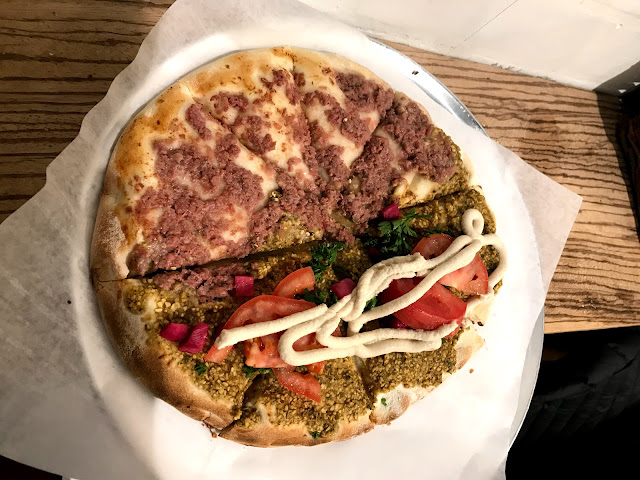 It was the Pizza Challenge that finally got me to return. This time I was intent on trying a couple more items from their menu. 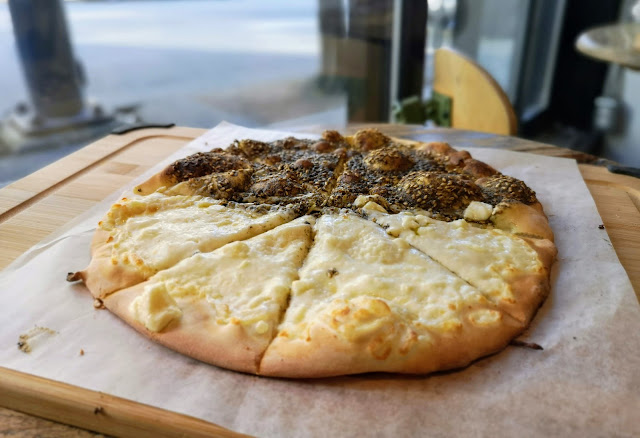 For those who have trouble making decisions, they offer another combination on their main menu. Zaatar, which is wild thyme, sumac, sesame seed and oil on one side, and Jabneh which is Akkawi cheese! The cheese was rich and melty, but quite mild and comparable to mozzarella. The thyme side was obviously more herbaceous while the sumac lends a citrus flavour. Very nice! 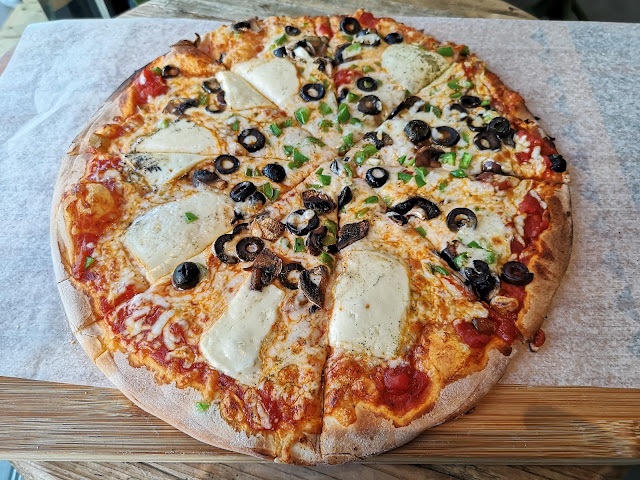 Finally, there was their challenge offering. The Manoush'eh Pizza had all the ingredients that you might normally choose but again featured their house-made Akkawi cheese. Oregano led the way in the sauce while black olives brought up the rear. This was a pizza that I would order again especially as the crust featured just enough char from their oven 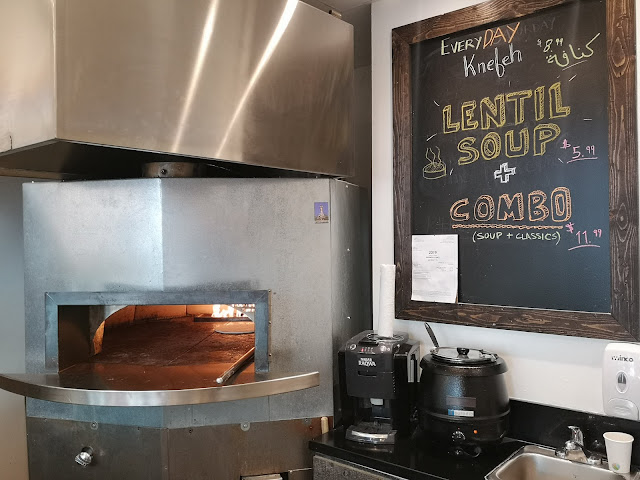 Just in the interest of humility, I must confess that I walked out with my boxes of leftover pizza, without even paying! You order at the counter and pay usually, I believe. Rather than tackle me in the street, the manager gently came outside and reminded me, to my chagrin. We all had a good laugh and eventually, my red face returned to normal.
For what it's worth, we give Manoush'eh 3 1/2 out of 5.

By Yes! We're Eating Again! at April 26, 2019
Email ThisBlogThis!Share to TwitterShare to FacebookShare to Pinterest