Although I have finally given into the truth that I will never complete a Vanfoodster Challenge, there will always be participants in each challenge that fascinate me. Such was the case with AJ's Brooklyn Pizza Joint which has introduced Detroit style pizza to Vancouver. What is Detroit style pizza? Read on. Located on East Broadway near Kinsgway in a surprisingly gentrifying area, AJ's has a 'neighbourhood feel'. 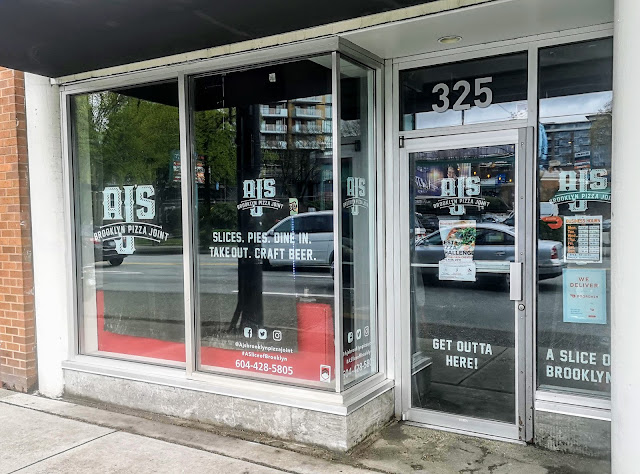 We arrived Friday noonish, and ordered the Detroit Red Top. 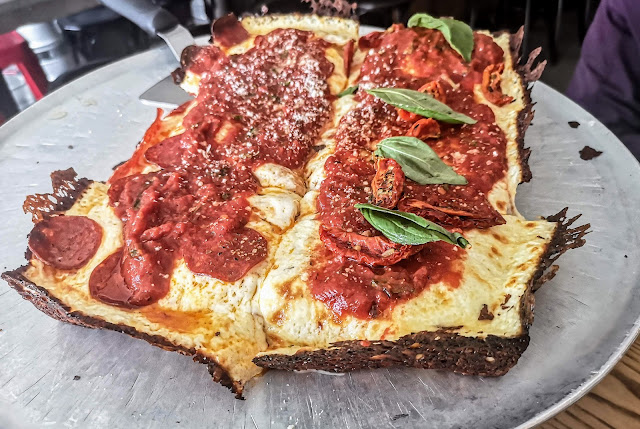 Evidently, dating back to the 1940', Detroit style is first of all, a rising crust pizza which made me a little nervous as Delissio is the only name that I had previously associated with that feature (I have never had one, btw). 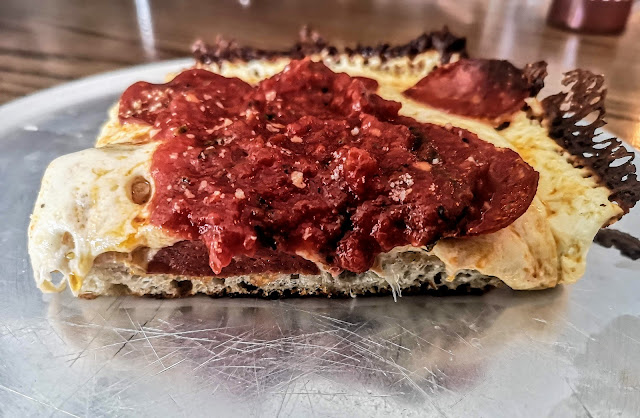 This thick crust turned out to be more fluffy than heavy. The Red Top is thick with melty rich Mozzarella and white cheddar, to the point of overflowing the sides of the fluffy crust. On the edges, it forms into a sort of cheese tuile but thicker and darker. This we found to be the most wonderful part of the pizza, cheesy (obviously) and partly crispy partly chewy. It could be packed and sold separately like muffin tops (unless you watched Seinfeld, that will sound stupid) or the crispy rice we all covet at the bottom of paella or stone bowls. 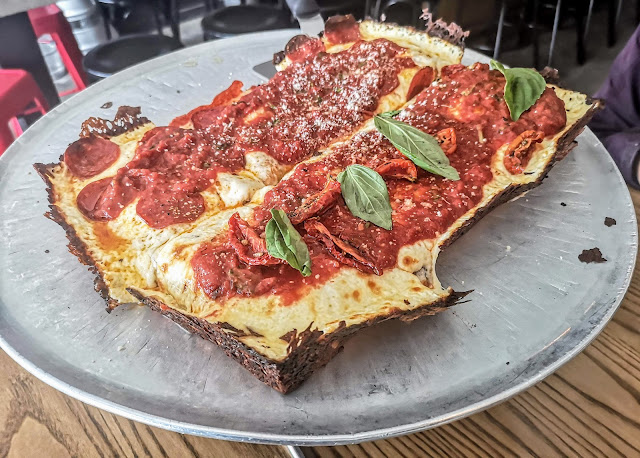 Finally, topped with amazing tomato sauce after it leaves the oven. We asked for one side pepperoni and one side vegetarian (fresh basil and sun dried tomato). We loved the Detroit Red Top. At $33, it is the most expensive pizza in the challenge but I think the quantity of cheese accounts for much of that cost. We ended up leaving with half the pizza so this thing could easily feed 3 or even 4 people. 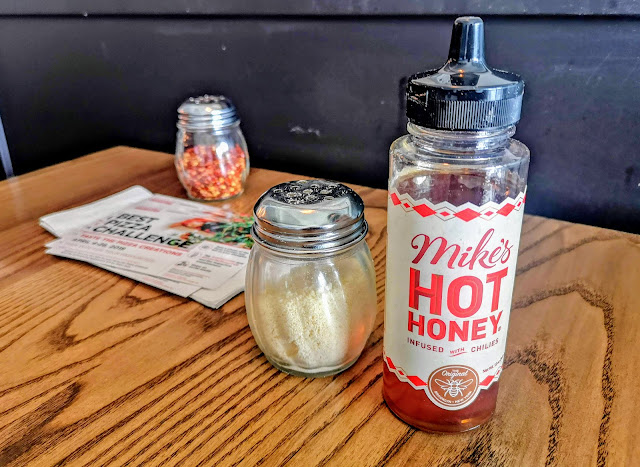 Try it with Mike's Hot Honey which is on the tables but be prepared for a kick. 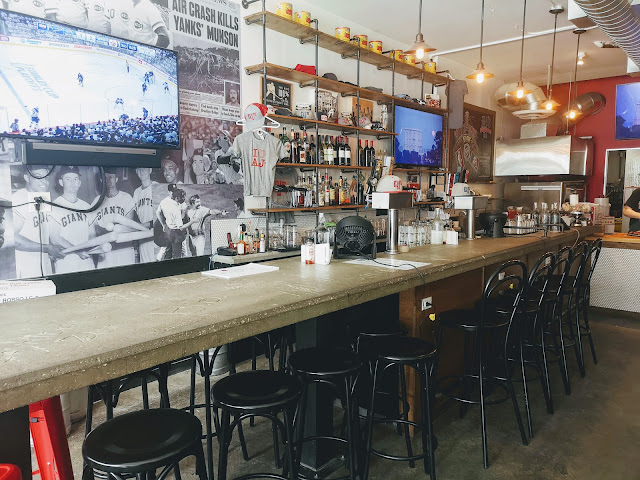 The menu at AJ's offers several pizza options including by the slice and Sicilian squares as well as meatballs and a full bar. AJ really is from Brooklyn which as much as anything, qualifies him to run this little piece of his hometown. The place is loaded up with baseball memorabilia which I love. Evidently the man is an ardent Yankees fan but I would never hold against him, especially as Big Maple is now pitching for them. I follow the Mariners but until Vancouver gets a team, I will never really have a horse in the race. If I lived nearby,AJ's would absolutely be my place. We will be back to taste more, even though it is a bit of a drive.
For the unique experience and delicious pizza we give AJ's 4 1/2 out of 5.

By Yes! We're Eating Vegan Again! at April 21, 2019
Email ThisBlogThis!Share to TwitterShare to FacebookShare to Pinterest