We generally don't seek out Asian restaurants when we're not in Metro Vancouver. Why would we, unless of course, we were actually in Asia? But my partner had a craving for rice (she gets that sometimes) and not Mexican rice or fried rice or rice noodles. It needed to be rice! So I did some quick research and found that Facing East has a pretty good reputation locally, not just for rice but for Taiwanese food. 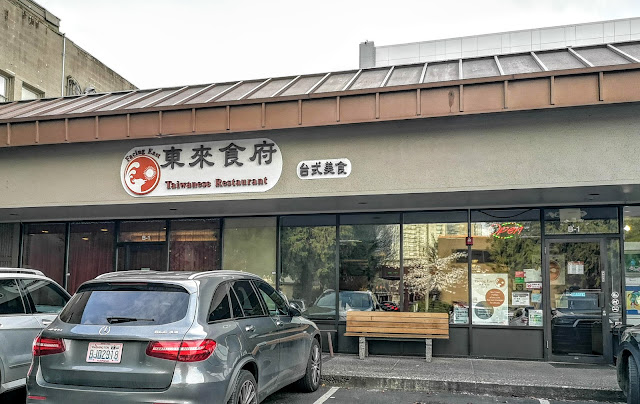 Not overly tempting from the outside, located in an older strip mall, its almost like someone is trying to keep it a secret. And I wouldn't blame them if they were as I read stories of long waits. Fortunately Marie and I tend to eat at unfashionable hours (as in, when we're hungry) a habit which has saved us many hours of lining up. 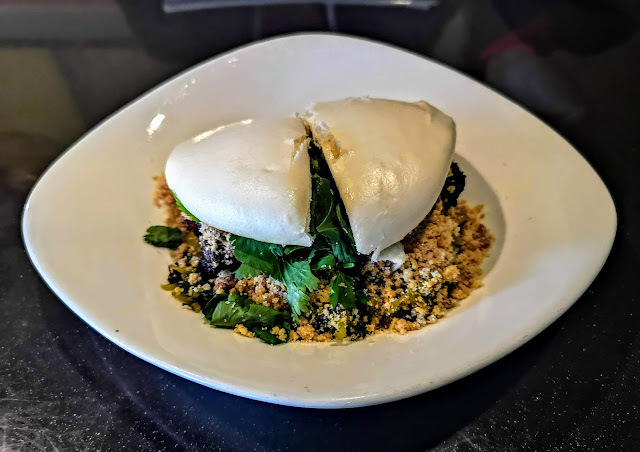 We started with the Taiwanese Pork Burger. It was very tasty with tender pork on a steamed bao. A pleasant mix with greens and finished with a surprising mix of ground peanuts and sugar. Very nice! 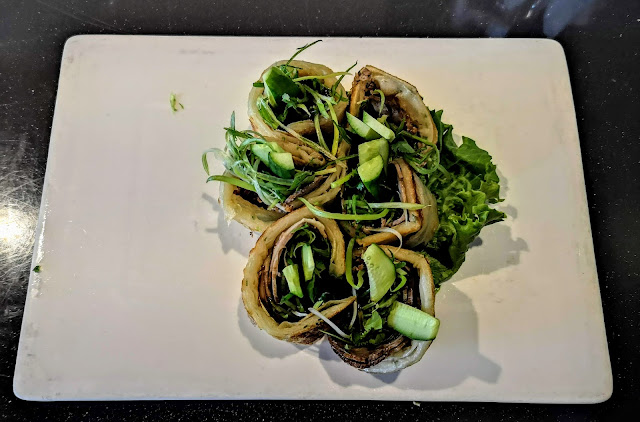 Next was the Five Spice Beef Roll. We loved the refreshing greens and sweet sauce. Not too adventurous but enjoyable. Next we stepped off the beaten path (for us) and tried Sweet Potato Flour Pancake with Yearling Oyster, Egg and Veggies. 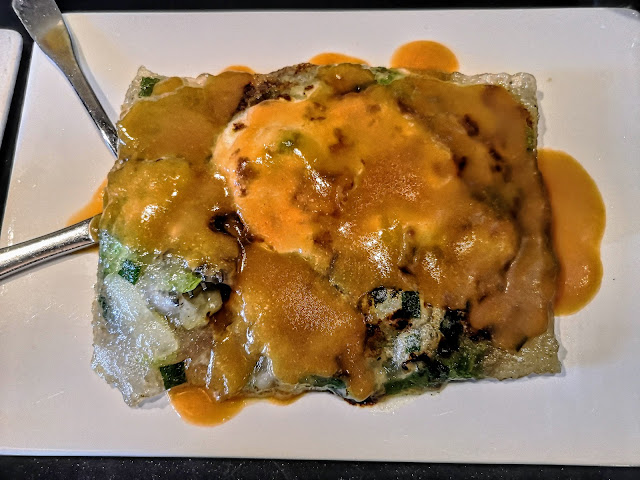 This was an amazing dish, slightly translucent like sweet potato noodles but crispy on the bottom from some decent wok heat. The oysters were small and subtle and the greens and eggs all made for an omelette of sorts. I would order this again! Not 100% sure on the sauce but I believe it was sweet chili. 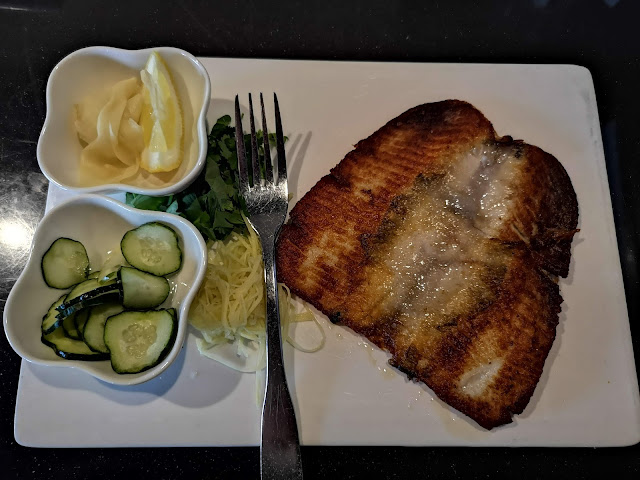 Marie needed something to go with her rice (not pictured as its just rice) and Milkfish was the thing. This was perfectly cooked although a little salt wouldn't have been amiss. It was served with pickled cucumber and ginger and a bit of lemon which brightened the main attraction. 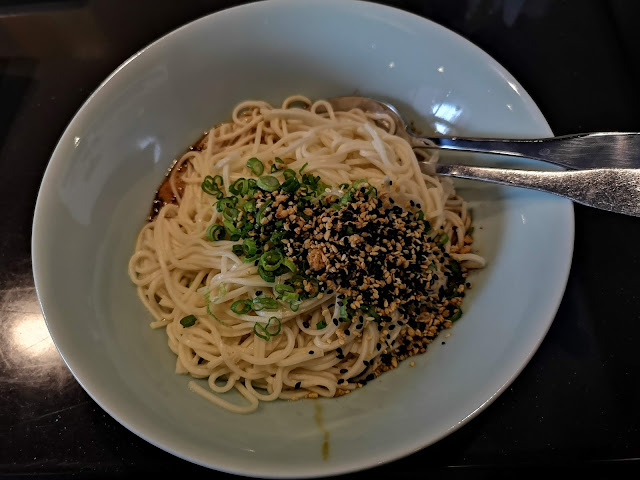 Finally there were Sesame Noodles. To be honest all we could do was give these a taste and ask for them to be packed up to go. This was a generous serving with some nicely al dente noodles and a rich sauce. I don't usually forget to take a picture of the interior of the restaurant but think, sleek and dark. Service was gracious, with different folks checking in on us. We definitely would return.
For what it's worth we give Facing East 3 1/2 out of 5.

By Yes! We're Eating Again! at March 31, 2019
Email ThisBlogThis!Share to TwitterShare to FacebookShare to Pinterest