It was not warm but people showed up anyway! Apparently, there were about 50,000 of us lined up along the cold streets of Vancouver's Chinatown to watch 3000 participants in this 2 1/2 hour parade. 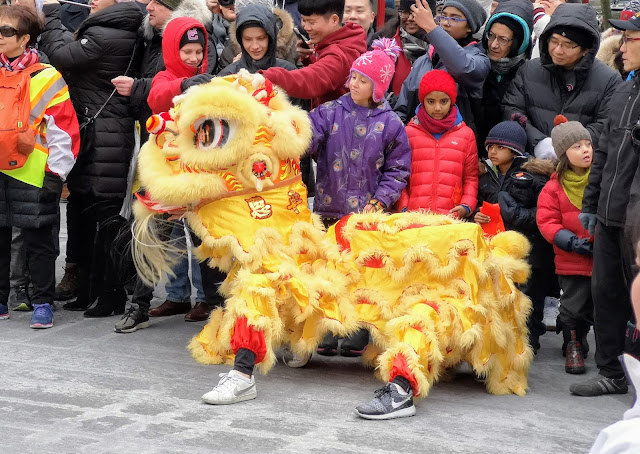 Personally, I come for the dragons, some of which were quite cuddly! 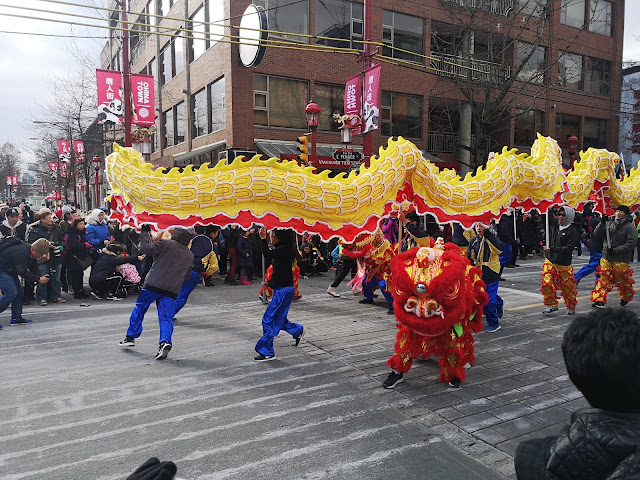 And others of which were quite elaborate! 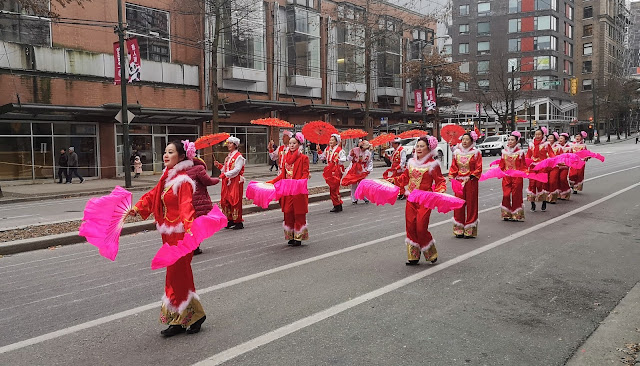 There were participants of all ages! 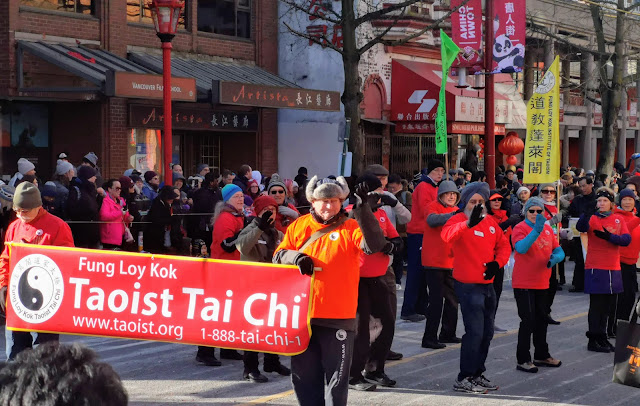 And I was impressed by the cultural diversity! 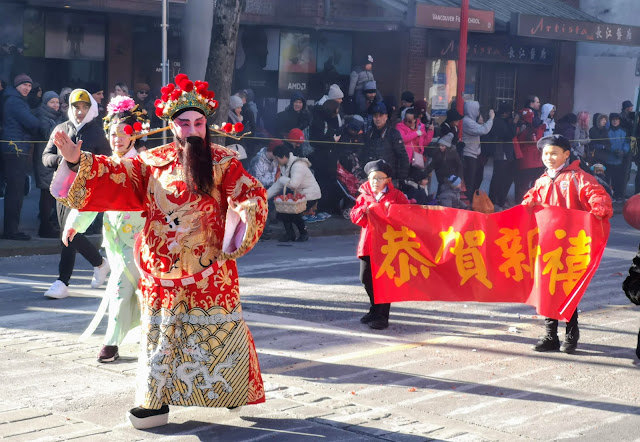 After an hour or so, our hands and toes were starting to near frostbite cold so we sought warmth and food at the Fortune Sound Club. I had no idea this place was here but they were holding a Fortune Food Fair which started even as the parade continued outside. 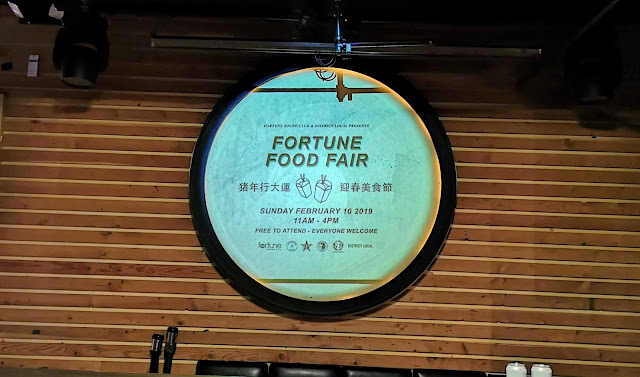 Bao Down, DDMau, Maria Gamboa's Pilipino and others were represented each with a few simple offerings. For example, from Dicky Dumps we had Spicy Shanghai Wontons which warmed us nicely. 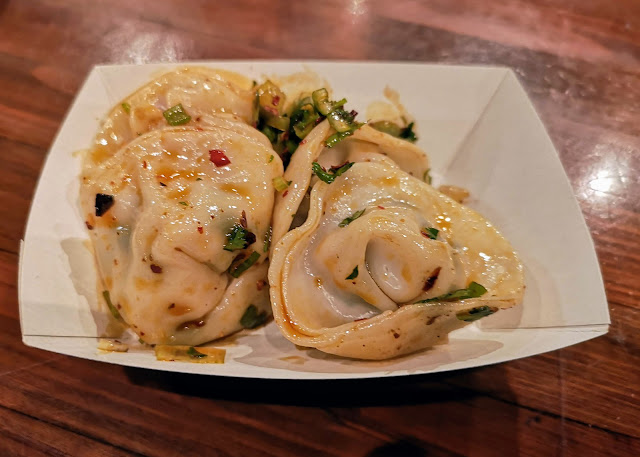 Along with a couple of baos, crispy pork and vegan from Bao Down, we felt those huger pangs disappear. 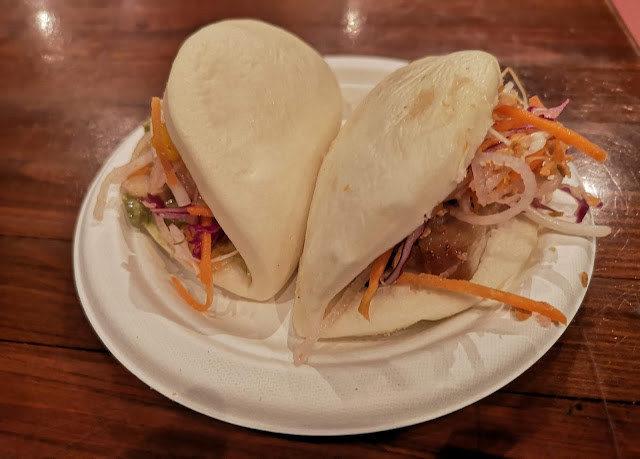 We finished off with Mochi from Asomi Mochi. These guys don't have a brick and mortar location but supply their treats to local restaurants. 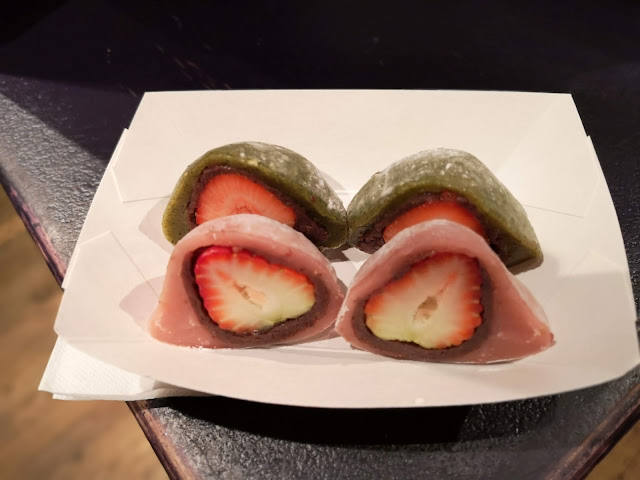 We enjoyed their Green Tea and Strawberry Mochi. 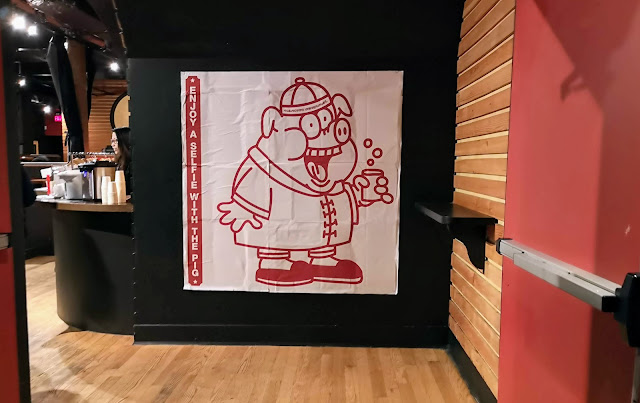 Soon we were fit to watch more of the 2019 Lunar New year Parade!
By Yes! We're Eating Vegan Again! at February 13, 2019
Email ThisBlogThis!Share to TwitterShare to FacebookShare to Pinterest