The Recovery Day Festival is an acknowledgement that, despite the fact that people continue to fall in record numbers due to overdoses, the presence of fentanyl (known and unknown) in substances, not to mention the many long standing dangers of life with addiction, that meaningful recovery is possible. 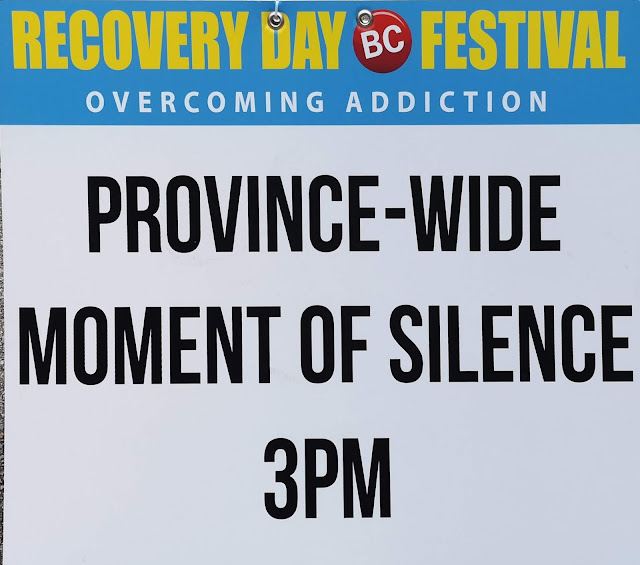 New Westminster closed off 6th Street from 6th to 5th Avenue as well as Belmont and many booths were set up providing information on recovery programs. The purveyors of woo were present to be sure (I am looking at you Deepack Chopra followers) but so were representatives of many outstanding programs such as the amazing John Volken Academy, the Salvation Army and various "Anonymous" groups including Debtors Anonymous ( Sorry. Never heard of them but there are like at least 100 groups that use the 12 step program originated by Alcoholics Anonymous). 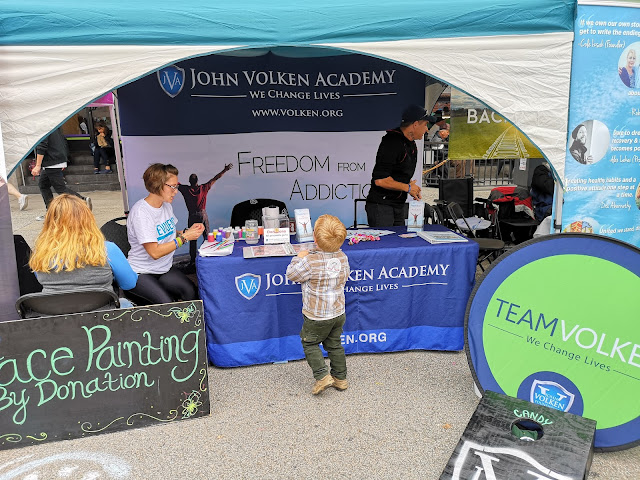 There was entertainment in various forms, some not so high brow such as wrestling by Royal City Wrestling.... 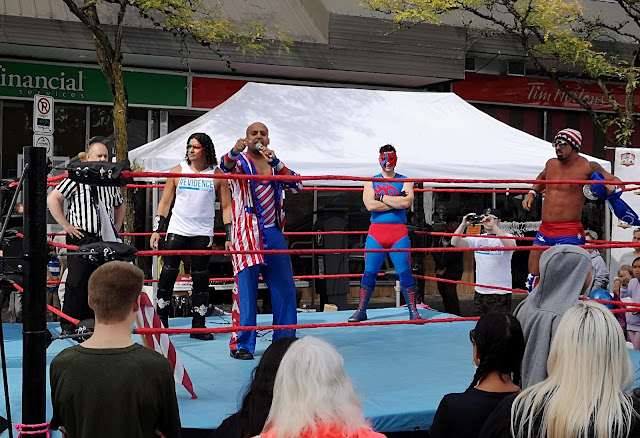 We stood here long enough to get a picture and that's about it. I don't really need to know who won. Plus I can never figure out how the refs miss all those illegal moves.
There were speakers on many uplifting and educational subjects. 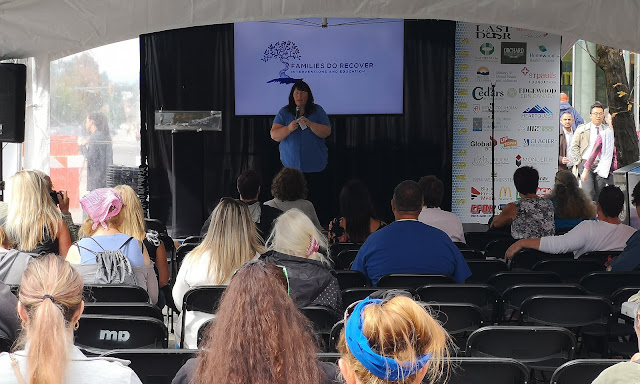 The weather held until the final couple of songs by the Matthew Good Band who provided the headline climax to the festival. 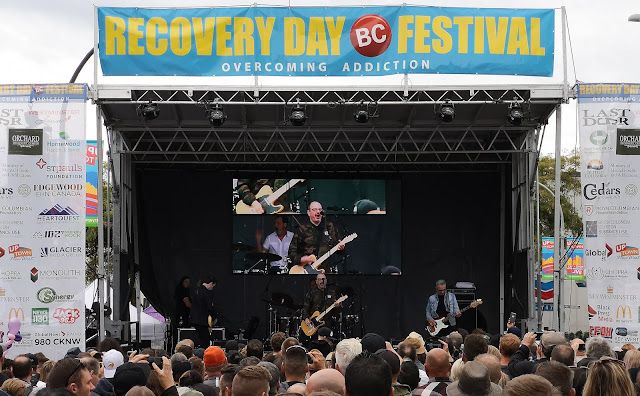 Thank you to the organizers and New Westminster. God bless the efforts of those in the recovery community.
By Yes! We're Eating Vegan Again! at September 10, 2018
Email ThisBlogThis!Share to TwitterShare to FacebookShare to Pinterest