Rickshaw - Returning briefly to my chldhood

I have not been to the Rickshaw in literally 45 years! My parents used to bring my brother and I and we loved that they would serve us a little bowl of sesame seeds and a little bowl of soy sauce. We would dip a fork in the sauce and then in the seeds and enjoy that salty treat! My folks would always order the same thing (to the best of my recollection) and I envisioned returning all these years later and ordering the same thing yet again; Beef and Tomato Fried Rice, Chicken Chow Mein, Pineapple Sweet and Sour Spareribs and Mushroom Chop Suey. It did not quite work out that way but from the lunch specials menu  Marie and I tried Beef and Tomato on Steamed Rice and a combination of Pork Fried Rice, Chicken Chow Mein and Sweet and Sour Pork. So we covered most of those bases. The food was OK. The Beef and Tomato was quite sweet (our server told us it would be) but the tomatoes were a bit on the unripe side. The Pork Fried Rice was quite good with some crispy pork bits while the Chow Mein was just what it usually is. The pork was tender enough but with sauce poured over rather than having the pork immersed in sauce. All in all not a bad deal as lunch with tax and tips came to just under $19 for the 2 of us. 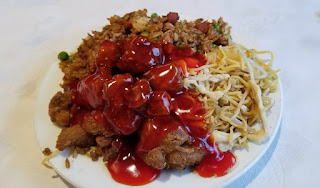 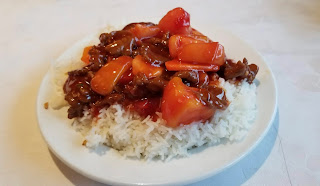 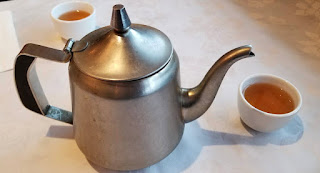 The real reason that I chose to write our first real blog post about the Rickshaw is that 45 years ago it started to open my mind to the possibilities. At 11 years old in the Fraser Valley in the 1970s our food choices were not exotic and this was my first taste of Chinese food. It was the first place that I ever tried to use chop sticks. Our parents let is drink Chinese Tea. We even had fortune cookies and thought it was a  taste of China. Since that time I have never closed my mind to new taste sensations from anywhere in the world and I am thankful for that. As we were leaving Rickshaw today, we talked with Mr Cheng. He and his wife have been running the Rickshaw since way back in the 70s. They are across the road from the old location but they carry on. I told him my story and he told me some of his. He asked how my parents are doing. I said that they are just fine! 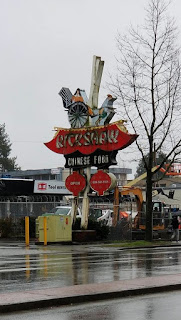 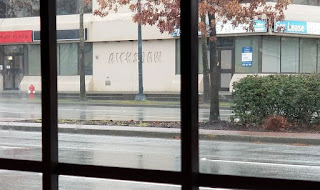 By Yes! We're Eating Again! at January 28, 2018
Email ThisBlogThis!Share to TwitterShare to FacebookShare to Pinterest